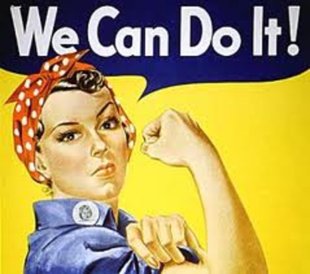 From the babushkas selling their wares in the markets of Russia, via the mamasans doing the same thing all over Africa to the female recipients of micro credit in the rural communities of India and Bangladesh, women entrepreneurs come literally in all colours, ages, shapes and sizes. A recent study estimates that there are 173 million of them worldwide and the numbers are growing, thanks to active support from organisations like Empretec, OECD, the Womanity Foundation and the Donors Committee for Enterprise Development (DCED) which promotes economic opportunity and self-reliance through private sector development (PSD) in developing countries. Across cultures, civilisations and social classes, women are gradually emerging from the shadows and making their presence felt in the world of business and enterprise.

Women represent half the human capital of the world but less than a third of the entrepreneurs. In my critical article about the World Development Report 2013 I mentioned the ticking time bomb of 621 million youths neither studying nor working, 80% of whom were not even looking for work. Unfortunately, a large majority of this demographic is women living in societies which discourage (or  forbid) education for women. This is probably the single largest obstacle to the evolution of the role of women in society, particularly in the developing world. While progress has been made in this regard, a lot remains to be done.

At a recent Town Hall Meeting on the theme of Women’s Empowerment through Entrepreneurship sponsored by the American and Mexican missions in Geneva, we were given the opportunity of interacting with an interesting cross-section of successful women entrepreneurs who shared their experiences and responded to our questions. The meeting was moderated by Susan Joekes, Deputy Coordinator, DCED and the opening address was given by Ambassador Betty E. King, Head of the US mission in Geneva. Impressive presentations by Dr. Cori Gorman, Founder & CEO of BioXpress Therapeutics; Yolanda Patricia Moreno Sol, International Trade Consultant, YeXpand; Bendicte Foucart, President and MD, ValeurAbsolue; and Achamyelesh Ashenafi, President, Addis Ababa Women Entrepreneurs Association had a common thread. They all talked about the difficulties of doing business in a man’s world, the patience and perseverance required, and the need to remain optimistic in difficult times. Presentations were also made by representatives of the OECD and the Womanity Foundation and the work they are doing to support women entrepreneurs in developing countries.

Dr Gorman spoke about being the only woman scientist in her team while working at Genentec, a leading biotechnology company where she helped to develop a number of marketed drugs. Ms Moreno gave an account of the prejudices against women that still exist in several countries and Ms Foucart talked about the courage required to leave a well-paid job in the private sector and take the plunge into the risky world of entrepreneurs. Ms Ashenafi, a businesswoman in Ethiopia, has the distinction of being the first woman President of the local Chamber of Commerce. She is also President of the Women Entrepreneurs Association and active in supporting women at all levels.

Perhaps the single biggest challenge for governments which want to foster and support entrepreneurship is to create a macroeconomic environment which creates opportunities, because when opportunities are well exploited they lead, in turn, to the creation of stable private sector jobs.  It is generally agreed that governments today need to actively support their private sectors to stimulate economic growth rather than artificially create non-productive jobs in the public sector as Greece and France (along with several other countries in southern Europe) did over the  30 years preceding the current economic crisis.

As we see from the experience of the babushkas and mamasans, women are not only willing but also able to take on the risk and responsibility of becoming entrepreneurs. Often driven by necessity, all they need is the opportunity and the micro-financing. And there is the added benefit that if they succeed, they will contribute to the sustainable development of their countries while having the economic liberty they need to take care of their families and find their rightful place in their communities.  This is a cause which is not just good, but also just and deserving.