From being founded in 1950 in Devon, England, the European Broadcasting Union (EBU) now has its headquarters in Geneva. The EBU is a confederation of 74 radio and television organisations from 56 countries in and around Europe and is the largest association of national broadcasters in the world.
The EBU’s highest profile production is the Eurovision Song Contest, with the live broadcast of the final attracting over 70 million viewers from 43 countries. The organisation also shares content including sports, news, other programs and music events between its members and other media organizations.
We met Frode Hvaring, the Head of Human Resources at the European Broadcasting Union, to speak about his work and in particular the recruiting process and HR policies the organization follows. 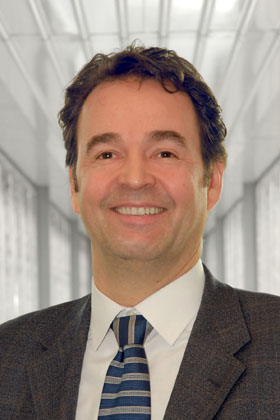 First of all, can you tell me about your background, what you studied?

My background is a little bit different from the standards. I am from Norway but have lived in Switzerland for many years now and have worked for different local and international companies and organisations; in employer associations; in retail and private banks / financial institutions; in management consulting / organisation consulting and in industry. I am an economist and have a Master in social and economic sciences at Fribourg University.

How long have you been working in the television industry and how did you end up at the European Broadcasting Union?

I have been working in the broadcasting field for the last year and a half. Just before I started at EBU, I was working for a Caterpillar subsidiary in Ticino when a headhunter invited me to interview. Although moving to the field of broadcasting was a new challenge, the job is also a continuation of the HR work I had done before and requires me to be innovative and formulate different policies. I think I have a good Swiss background and also a reasonable amount of international experience. At that time I was not really interested in changing jobs, but I was convinced by the quality of the people, and by the great challenges and opportunities I could see for doing some progressive HR work in the EBU.

How many people work at EBU both worldwide and at the headquarters in Geneva? What about at Eurovision Production Company?

370 people work for EBU worldwide, with 310 of them being based here in Geneva. Our members are public broadcasters in Europe, North Africa and the Middle East. We are a small, efficient organisation and have high quality staff working in 8 different Departments in Switzerland and 8 different locations abroad. We promote our membersÂ´ interests whether by promoting standards for television and radio technology, promoting public service media or exchanging best practices between Members. We also serve sports and news events such as the Olympics, the Fifa World Cup and UEFA 2012, the World Economic Forum in Davos or the US Presidential inaugurations.
When it comes to Eurovision activities, Eurovision is a brand which we use for the Eurovision Song Contest, for the New Years’ concert, for our operations in general and for sporting events. It is the visible part in terms of transmissions and outside broadcasts. EBU is the parent company, the headquarters, which also has the activities of a professional association. 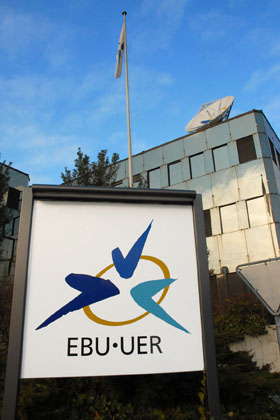 How many nationalities work at the European Broadcasting Union and how do you deal with expats or employees from abroad?

We currently have 46 nationalities so we have a lot of expats. For a certain level of expertise it is difficult to find people in Geneva or Switzerland, and we are fortunate to have many international candidates. We also use our network of members meaning we have North African, Middle Eastern, Australian, American and Asian people, but especially European. We do not have anyone from New Zealand, so if you know someone, we could have our 47th nationality (laughs)!

What kind of qualities or skills do you need to work for EBU?

I think you need to be very open-minded and self-driven. You also need to have zero prejudice towards other cultures, strong core skills and a service mentality. In the EBU, people need to be oriented towards others.

What kind of contracts do you have? Freelance, permanent or temporary ones?

In Geneva, we used to have several temporary contracts but we are now moving more towards permanent positions. Of course we also have to use numerous freelancers when it comes to events. It is easier to hire people in those countries where the events actually take place than it is to move employees from one country to another.

How do you recruit your employees?

I believe very much in the value of meeting someone face to face but of course we need to select candidates before we get to that point. We have created a database which connects to our platform, where candidates can see all the descriptions of available jobs and apply online. Frequently, we also use our members as a talent pool. Normally, we also recruit via some well-known websites. We have a well defined selection process which begins with the HR team and the relevant line manager identifying the best candidates. We have good structured first interviews so we get the most important information in the first round. If we need to interview a candidate a second time, we might use tools such as Skype to avoid a second trip to Geneva. We usually see candidates only once before they are hired. However, if there is a situation which requires further negotiations, I might meet them a second time.

What do you look at first in a CV? How important is the cover letter?

If the CV is long, it usually means that the person is more detail oriented than focussed. On the other hand, if you have a very short CV, it might pose a problem if the person is applying for more demanding roles. The cover letter is the most important thing for me because it demonstrates if the person has understood the job advertisement correctly. It should include a couple of good key skills and should be one page.

How do you select your candidates? Is age important for you? Do you offer internships?

We select candidates based on the requirements of the job, so other facts such as age, gender and religion are not important. We have internships, which last between three and eighteen months.
However, what I still need to do is expand our academic programs, for example, with EPFL (à‰cole Polytechnique Fédérale de Lausanne) and other technical institutes. I want to further develop these between now and late 2011 / early 2012. Usually, the top learning institutes also need real “˜field based-projects’ and of course we can offer them great projects to work on to expand their competences! 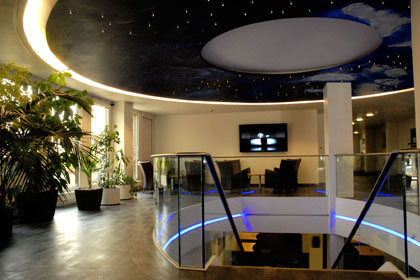 How do you motivate your employees?

You need to have a good reputation which comes from having a great brand. For our members, this is EBU while worldwide, this is thanks to Eurovision. Then the organisation has to have a clear vision and a good strategy, which means we know where we are going and why. We should always give employees clear constructive feedback. People are much more motivated when they have good, communicative managers who create a positive atmosphere in the office. We also show respect for our employees by paying them a fair salary for challenging but achievable tasks.

What are the organisation’s values and philosophy?

We define the five most important values as being: achievement, integrity, accountability, team spirit and respect. These five values are also important because they are part of the measurement of how we as an employer and our employees perform together during the year. I think it is important to involve all employees in the spirit of the organisation and the EBU’s values represent a great tool for unity and engagement.

Approximately how many people apply to the EBU per month?

This is increasing all the time because our organisation is becoming more and more visible. I would say that approximately 30 to 40 candidates apply for any given position which is advertised. However, our goal is not to get an enormous amount of applications but rather we aim to attract the most qualified applicants. 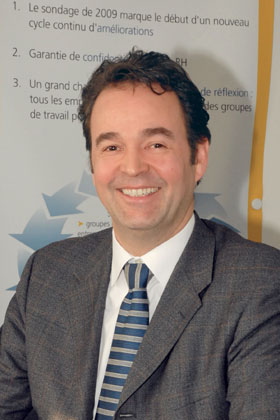 Do you offer a lot of training to employees? What is your HR policy?

Yes, we do and I definitely want training to be a central part of our culture and also how we think and act on a daily basis. In short, this is how it works: First, we identify our goals in terms of the organisation. Then we consider how we can achieve these goals using the skills we have; determine which skills we need to develop; and then decide what we need to build on for the long term. Finally, we compare this with individual needs. If this process is carried out well, engagement and productivity immediately increase in any organisation and the EBU is no exception.

Are you recruiting right now? What are the advantages to working at the EBU?

Yes, we are currently recruiting to fill six vacancies. In fact, you can find all the vacancies on our website (www.ebu.ch).
I think we are becoming a very modern organisation with a strong history and great projects in the future. We have good projects and processes because of the high quality of our people and the engagement is very high here. Last but not least, employee mobility within the EBU is increasing rapidly so a person’s career can progress inside our global organisation.