Be S.M.A.R.T and achieve your objectives!

Do you have a personal goal or a professional objective that you are struggling to reach?
Fear not, SMART goals might just help you get there. 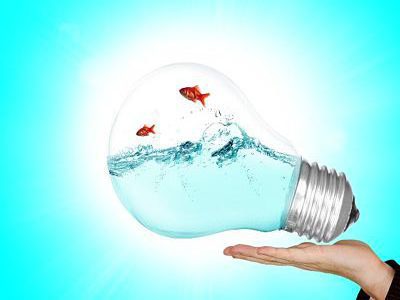 It’s smart to be SMART

Simply put, a SMART goal is a ‘plan of action’ leading to a specific outcome, defined in a simple, clear and precise manner. It is a mnemonic – each letter represents a separate condition that the plan should fulfil for a better chance of success. So, what does SMART stand for?

S is for ‘Specific’

A SMART goal should always be clearly defined. It should also be easy to understand – not just for the goal-setter but also for anyone else involved in the project. Something like ‘I aim to increase my company’s profits’, while laudable, is too vague and abstract to be of any real use. If, on the other hand, you define your goal as to ‘implement a strategy of overseas expansion that will lead to a 4% increase in profits by the third quarter of 2018’ this becomes a concrete, believable objective that is easier to ‘rally the troops around’.

M is for ‘Measurable’

This involves determining when the project is to be completed and then working backwards, deciding on a number of steps or signposts along the way which one will use for progress-checking. An athlete aiming to run next year’s New York marathon would be ill-advised to simply turn up on race day and hope for the best. A training plan outlining what their performance should be 12, 6 and 2 weeks before the race will allow them to examine their actual times or distances to find out whether their preparation is ‘on track’.

A is for ‘Attainable’, R for ‘Realistic’ 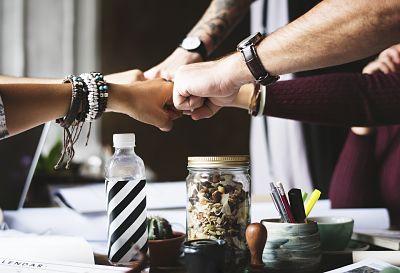 These two adjectives emphasise the importance of choosing a goal that is ‘do-able’. Edwin Locke argued in his 1968 article ‘Towards a theory of motivation and incentives’ that setting goals that are challenging will increase employee motivation. When these become unrealistic, however, failure to reach them can damage morale. Choosing a goal that is attainable demonstrates a commitment to actually achieving it. In SMART, objectives that are impossible or highly unlikely to be attained should be eliminated.

Just as a carton of milk will have a ‘best before’ date, a project needs a specific end-date. Only after such a point in the future, by which the project must be completed, has been defined is it possible to measure and evaluate your progress. The timeframe must be carefully chosen – too short and the goal will be unrealistic, and difficult to attain. Allowing too much time for completion, though, may lead to procrastination. Remedy this by dividing the project up into a number of smaller time-bound intermediate goals. An author aiming to write a novel in a year might decide on how many months or weeks to spend on each chapter, for example.

Where does the SMART method come from?

The earliest efforts to describe, analyse and quantify tasks involving human activity began early in the 20th century in the field of industrial production with ‘Time’ and ‘Motion’ studies. These were based on the idea that the way to improve efficiency was to take a manufacturing process and break it down into its component parts, which could then be measured and individually improved. A notable example was Frank B Gilbreth’s 1911 study of bricklaying, which used cine-film to identify unnecessary steps on a building site.

In his 1981 article, management consultant George T. Doran drew upon Gilbreth’s ideas to develop a system for efficient goal-setting. In There’s a S.M.A.R.T. way to write management’s goals and objectives, Doran stated that:

the process of writing objectives is a source of anxiety that many individuals would like to live without.

His SMART goals method, described above, aimed to remove this anxiety and increase the likelihood of success. It would soon become clear that Doran’s system had applications far beyond setting quarterly or annual business targets. It could be used for anything from sports training or studying for exams, down to the smaller personal objectives, such as losing weight and quitting smoking, that one feels unable to make or keeps putting off. SMART goals would quickly become extremely popular.

Are there any drawbacks?

In addition to its wide range of applications, SMART’s longstanding popularity stems from it being easy to understand, remember, act on, track and to follow up. Increasingly, however, questions are being asked about the effectiveness of the SMART methodology and its continued relevance. The key criticisms are

1. SMART is too results-focused and rigid

An ‘action plan’ is focused entirely on a desired outcome and, as such, is inherently linear and inflexible. If, for example, you are using SMART to train for a marathon but illness or other unforeseen circumstances force you to interrupt your training, you will fall behind schedule and might feel like abandoning altogether instead of focusing on the progress you have already made. Following the process too slavishly, without allowing for the need to adjust or redefine SMART goals, means that a small setback can quickly lead to a sense of failure.

The requirement for goals to be ‘achievable’ and ‘realistic’ is often seen as an inbuilt brake on innovation and ‘blue sky thinking’. Dick Grote, writing in the Harvard Business Review, recently described SMART as a ‘stale acronym’ that is used as

‘[…] justification for setting goals at the shooting-fish-in-a-barrel level of challenge’.

At best, SMART will result in incremental improvement in business performance rather than real breakthroughs. Indeed, it is difficult to imagine rousing speeches such as Churchill’s ‘We shall fight them on the beaches’ or Martin Luther King’s ‘I have a dream’ articulated using SMART.

When people are inspired by a visionary business leader, or simply feel an emotional connection to what they are doing, they will tend to work harder and ‘go the extra mile’ on a project. Leadership guru Mark Murphy identifies this problem and proposes his own mnemonic: HARD (Heartfelt, Animated, Required and Difficult) to underline the importance of motivation and engagement for setting goals. He states that:

‘Some companies still use a fairly antiquated goal-setting process called SMART Goals […]. Not only do you not see the words ‘feel’ or ‘heartfelt’ anywhere in there, but Specific and Measurable usually get companies all excited about turning every goal into a number, killing off any excitement’.

Amit Mukherjee, a professor at IMD, sees SMART goal-setting as a relic of paternalistic, ‘top-down’ management. In a world that is networked, globalised and fast-moving, managers increasingly need to improvise and respond to changing business conditions, with employees encouraged to multitask and work autonomously. According to Mukherjee:

‘By implicitly assuming a staid environment in which immutable goals are appropriate, every constituent element of SMART hinders appropriate action’.

In spite of this, the enduring popularity of SMART is undeniable and its broad range of applications have clearly contributed to its success. It is important, however, to remember that the method is simply about setting and articulating objectives and was never intended as a ‘silver bullet’. They are an effective tool, but the use of SMART goals should always be adapted to context, remain flexible and, indeed, be smart.