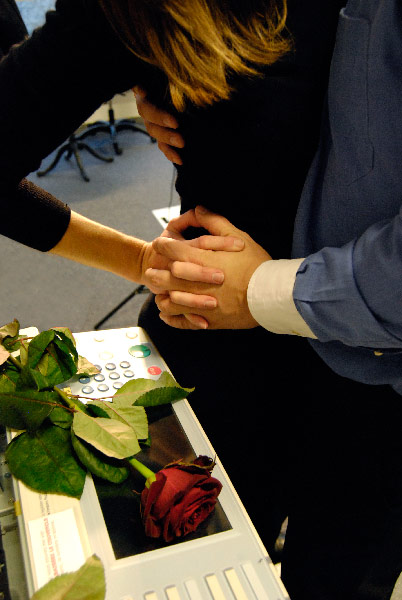 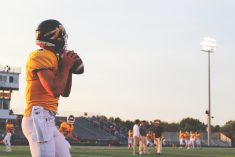 If you have been to, or lived in the US, it cannot have escaped you that American Football is a big deal in North America. The final game of the championship season is called SuperBowl and is the single biggest sports event in the country. Even though the number of people watching last year was the lowest in three years, it still attracted 98.2 million viewers.

On this day, August 20, 99 years ago a piece of sports history was written. The state of professional football at the time was not great due to some major challenges such as dramatically high salaries, players frequently changing teams to get the highest offer, and the use of students that were still enrolled in school.

To put the sport on firmer ground, representatives from four clubs gathered for a meeting in a small town in Ohio. This resulted in the creation of the American Professional Football Conference. During a follow-up meeting in September the same year, the name was changed to the American Professional Football Association (APFA). The first game played between two APFA teams took place on October 3.

The league kept evolving and on June 8, 1966, it was announced that the existing National Football League (NFL) and APFA were going to merge.  When the regular season started in 1970, the two leagues officially merged to form one league with two conferences.

Today, the NFL remains one of the most lucrative sports league in the world with an average NFL team worth around $2.57 billion.

In the 1980s, American Football grew rapidly in Europe with Italy and England in the forefront with national leagues and semi-professional teams. This was mainly due to financial investors. Some teams shone, such as the Rhinos Milano, who played at a very high level at the time and won the Italian SuperBowl three years in a row from 1981 to 1983.

According to Larry Legault, Head Coach of Geneva Seahawks, the leagues grew too quickly without building a good foundation. When the sponsors later pulled out, this lead to a bit of a downfall for the sport as no successful organizational base had been established. Because of this, the sport’s growth suffered and progress was lost especially in England and Italy.

The European leagues later recovered and are getting better and better. Legault continues to say that countries like Germany and Austria lead the way in regards to the quality of their national leagues; their top clubs can serve as business models for others across Europe. Live-streaming, half-time events, play areas for children, concession stands and a high-quality of play all contribute to a heightened game-day experience as well as creating an event that is attractive to sponsors. Germany, for example, live-stream games, leading to more sponsors and interest from the public.

He also believes that what the sport needs in order to develop and grow further in Europe is to see the previous generations of European players give back to the sport. They know the game and many embarked upon successful careers; it would be great to see them reinvest in the sport to ensure its perenniality. Attracting dedicated volunteers is also a crucial element in day-to-day operations.

The United Kingdom has an NFL office in London that states that there are over 13 million fans and over 50,000 active players in the country.

The interest and presence are indeed increasing.

The Geneva Seahawks club was founded in 1986 and plays in the highest league in Switzerland, the National League A (NLA). The club had great success in the early stages of its existence and won the championship, the SwissBowl, in 1991. They then faced some challenges and ups and downs and dropped down to the National League C in 2011. The club and the team are now on the right track with the last few seasons being very successful.

A great part of the success is thanks to the coach, Larry Legault. Legault first came to Europe some 30 years ago, in the 1990s when, by chance, an opportunity arose to coach the Argonautes d’Aix-en-Provence.

The Canadian born coach had just finished Graduate School and had never been to Europe at the time. He saw the chance to be a coach in France as an opportunity to experience a new place and culture while working on something that he is passionate about. 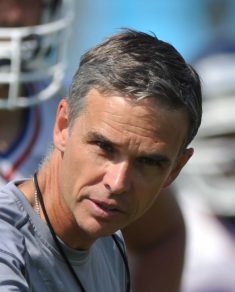 Legault enjoyed great success in France and participated in nine finals, winning five of them. He also spent 10 years as Head Coach for the French national team.

In 2016, he came to Geneva and took over as Head Coach, including other field-related responsibilities for the Geneva Seahawks. He inherited a team with promising local players and his first success was to win the NLB while relegating that years’ lowest placed team in NLA. As a result, the Seahawks advanced to the NLA and have since enjoyed great success. They finished 3rd in 2018 and were runners-up to the Calanda Broncos in the 34th Swiss Championship final, the SwissBowl XXXIV, earlier this year.

With the success the Geneva Seahawks have enjoyed under the leadership of Larry Legault, one cannot refrain from thinking that next season might be the season the Seahawks could take home the SwissBowl. Time will tell.

Many thanks to Larry Legault for taking the time to speak to GBN and share his knowledge. It is evident that he is passionate about American football and we wish him and Geneva Seahawks the best of luck for the coming season. 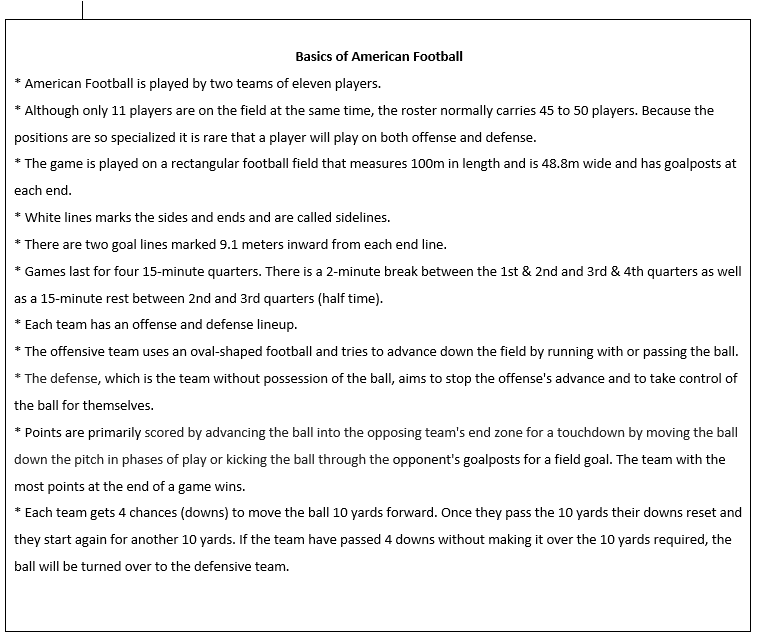 10 greatest sports events of the year

History of the National Football League

American Football is growing as a worldwide sport