94% of the pilots of the British Airways have voted to accept a salary cut, which will sav

Blockchains – the next big thing 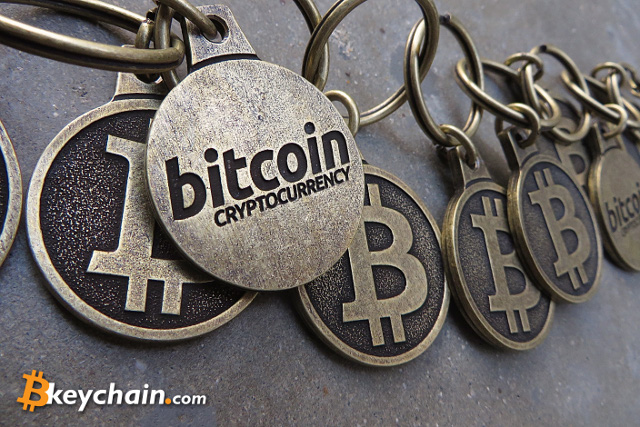 Over the last few months, we have been surprised by the news that the Bitcoin community was having intense discussions on their strategy. Then, the cryptocurrency split in two: with the development team on one side, and a group of influential miners, exchanges, and startups on the other. Two competing groups have created their own versions of the cryptocurrency , Bitcoin Core and Bitcoin Classic. Although they are still using the same technology, their strategies seem quite different. It is certain that we will keep seeing new developments on the Bitcoin front, which is a very valuable currency at the moment, trading at 433CHF for a single bitcoin.

What is Bitcoin?
Bitcoin is a digital asset and a payment system created by Satoshi Nakamoto in 2008, who released his invention as open-source software in 2009.  It is a peer-to-peer system that allows users to do direct transactions without involving intermediaries. These transactions are verified by network nodes and recorded in a publicly-distributed ledger called a blockchain.  In other words, the blockchain is the underlying technology of bitcoin.

Because the Bitcoin system works without a central repository or a single administrator, the U.S. Treasury categorized bitcoin as a “decentralized virtual currency”. Bitcoin is more correctly described as the first and largest decentralized digital currency.

In essence, Bitcoin is based on a reward system for users who offer their computing power to verify and record payments in a public ledger.

This activity is called ‘mining’, and in return, miners get transaction fees and newly created bitcoins. Mining is the main way of obtaining Bitcoin, however, they can be also exchanged with other currencies.

Meanwhile, the value of the blockchain, the underlying technology of Bitcoin, is also being exploited by new applications. The blockchain’s uses go far beyond Bitcoin today. Giant players of the IT market are no longer indifferent to blockchains and some of them already started offering services which rely on blockchain technology.

Defining the blockchain
The blockchain was developed in parallel with bitcoin. Actually, it has been made famous by bitcoin. In principle, it works like a huge, decentralized ledger which records every single transaction on a global database. The blockchain’s distributed database is permission-less  in order to prevent tampering and interference, even by its own operators.

The blockchain database consists of two kinds of records: transactions and blocks.

Transactions are the data content to be stored in the blockchain. They are created by the system users. Transactions travel from node to node on a best-effort basis.

Miners create blocks. Blocks record and confirm when and in which order transactions enter and are recorded in the blockchain.

Applications
Blockchain technology is already showing great promise across a wide range of business applications. It is improving industries radically, starting with the banking and insurance sectors. However, the opportunities can go far beyond the finance sector. Some predict that this technology will be used to create smarter and more efficient systems for supply chains, networks based on the “Internet of Things”, gaming, multi-media rights management, car rentals, Government-issued proof of identity or license creation, and insurance record management.

These blockchain applications generally add functionality to the original blockchain design in order to create distributed consensus on a particular topic. These are called alternative chains, or altchains.  Here are some sample application areas of altchains:

Rights management: The media industry is having difficulties with the rights holders for musical works. Blockchain technology can be used to issue and distribute the digital media assets securely, by listing and registering the musical works for its clients and providing more transparency and efficiency to all market participants. Example protocols include Coloredcoins and Counterparty.

B2B contracts: The blockchain can provide a shared record of the Business To Business (B2B) contract status which is simultaneously updated when any purchase or delivery transaction occurs. It is available to all parties linked to the agreement, their banks and partners.  Examples are Ethereum and RootStock.

Decentralized real-time ridesharing La`Zooz: La`Zooz is a decentralized transportation platform which is owned by the community. It uses unused space in vehicles to create a variety of smart transportation solutions. The La`Zooz platform synchronizes matches empty seats with real-time transportation needs to create an economic ride-sharing solution, without using any intermediary who would be certainly looking for a piece of the transaction.

Open Ledger Project: IBM has launched an open-source blockchain with the support of financial giants like JP Morgan, the London Stock Exchange and Wells Fargo and working with other IT specialists such as Cisco and Intel. The Open Ledger Project, which is an altchain in essence, is described as a development library to let businesses create distributed ledger solutions.

As we can see, blockchain has the capability of re-shaping business relationships. One of its founding principles, its decentralised nature, allows developers to imagine all sorts of new styles of computerized interactions without a middleman, without a central control point, without a “big brother”. By doing so, it has the power to decrease the cost and complexity of business transactions.