Call me by your name: Facing your sexuality within a heterosexual society 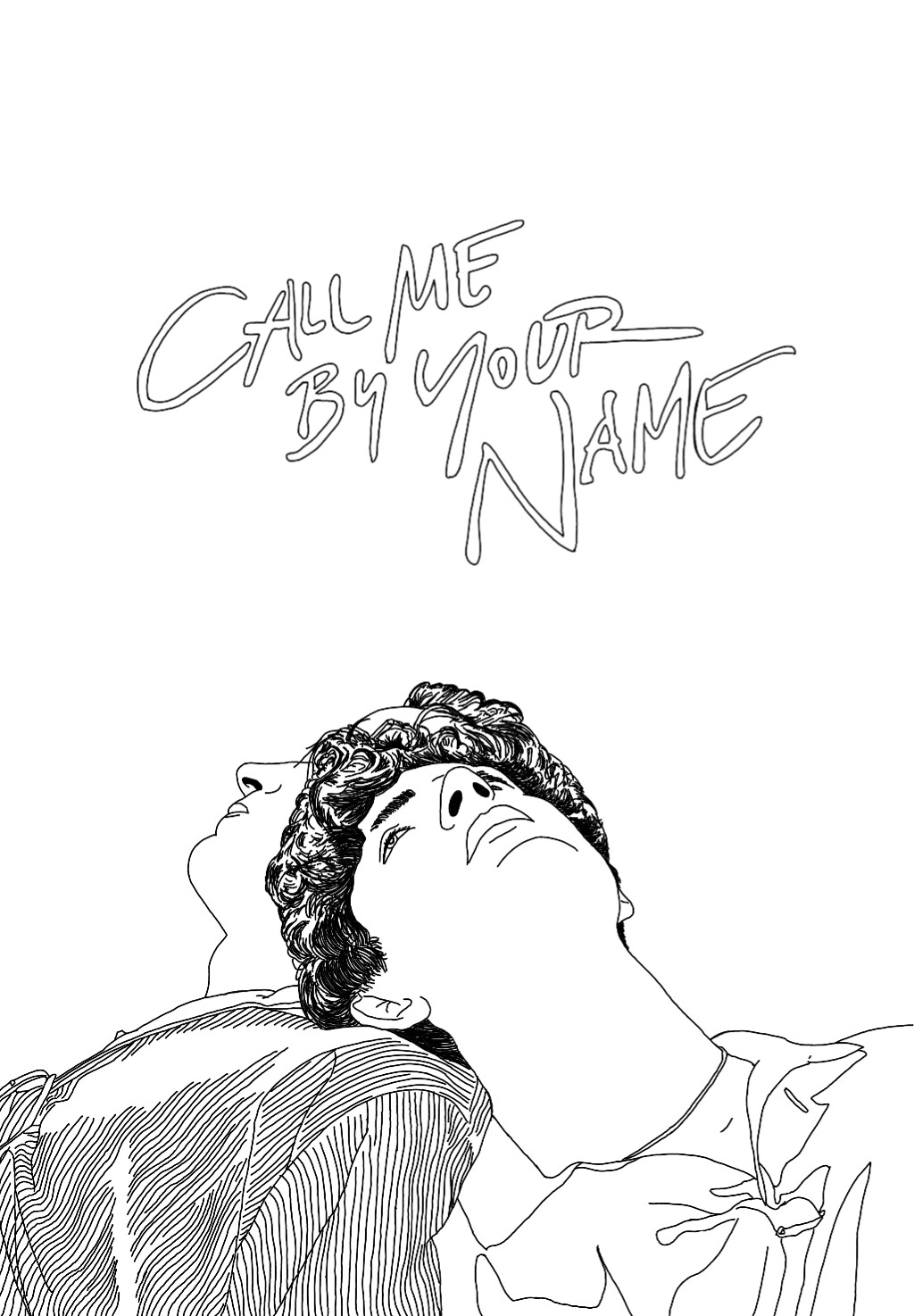 Even though LGBTQIA+ pride parade has been held for decades in New York City, it took Geneva eight years before organizing their own. They decided to dedicate a whole week to pride with roundtables and games.

Geneva lacks dedicated places entirely for the LGBTQIA+ communities. Some are well-known such as La Garçonnière, while others are discrete. The question that immediately emerges from this situation is: what are the consequences for LGBTQIA+ people in belonging to a hidden community?

In 2007, André Aciman wrote about a romance between two young men in the late eighties in a small Italian village, when homosexuality was still considered as sickness and the LGBTQIA+ community was underground. Despite how beautifully written the story is, André has been able to portray the different stages young gay man could go through within a non-inclusive society. He starts by highlighting the mixed feelings that man can have when he is discovering his sexuality:

“But all of these hours were strained by fear, as if fear were a brooding specter, or a strange, lost bird trapped in our little town, whose sooty wing flecked every living thing with a shadow that would never wash. I didn’t know what I was afraid of, nor why I worried so much, nor why this thing that could so easily cause panic felt like hope sometimes and, like hope in the darkest moments, brought such joy, unreal joy, joy with a noose tied around it.”

Fear slowly grows into shame because of the lack of representation and acceptance in the media. Then, shame turns into pretending… Pretending that it is a confusing time in life, that nothing is real:

“Everyone goes through a period of traviamento – when we take, say, a different turn in life, the other via. Dante himself did. Some recover, some pretend to recover, some never come back, some chicken out before even starting, and some, for fear of taking any turns, find themselves leading the wrong life all life along.”

When the time comes however to fulfil the desire, guilt and self-loathing starts haunting him, to the point he feels disgusted by what he has done and who he is:

“It woke me up before I even realized I had dozed off, filling me with a sense of dread and anxiety I couldn’t begin to fathom. I felt queasy as if I had been sick and needed not just many showers to wash everything off but a bath in mouthwash. I needed to be far away from him, from this room, from what we’d done together.”

That self-loathing is the consequence of non-inclusive representation within society and the hate that was directed towards – and still is – LGBTQIA+ people. This creates a feeling of self-destruction, suicide. The suicide rate for under 20s within the community in Switzerland is five times higher than for heterosexual people. Plus, Häussermann’s article (2014) also highlights a comparison between the suicide rate between gay and heterosexual men: one heterosexual out of thirty-four attempts to kill himself. The rate for gay men is one gay man out of three.

Anyhow, the beauty of Elio and Oliver’s romance stands in contrast to how heartbreaking reality comes after them, how the pressure of norms to fit in tears them apart. They both qualify their sexuality as a sickness multiple times; homosexuality was a mental illness for the psychoanalysts. Elio even gets to the point of shaming himself by thinking about what his grandfather would say to him before sleeping with Oliver:

“Turn back. Who knows what you’ll find once you’re in that room. Not the tonic of discovery but the pall of despair when disenchantment has all but shamed every ill-stretched nerve in your body. The years are watching you now, every star you see tonight already knows your torment, your ancestors are gathered here and have nothing to give or say. Non c’anda. Don’t go there.”

Elio even adds that he does not know how he would face others. How coming out would affect his relationship with them and himself, even though Elio’s parents are aware of the situation and have accepted it.

Nevertheless, the situation is quite different for Oliver. What happened in Italy was idyllic for him. He was in a safe environment where he was accepted and he knows it. Indeed, he is aware that Elio’s parents always knew what was going on with him and their son; they even accepted him as one of their family members when he called them for Christmas. The situation is very different with his relatives. Oliver mentions how his father would react if he knew about his relationship with Elio:

“My father would have carted me off to a correctional facility.”

Here, the book is reflecting about two LGBTQIA+ political issues in the eighties. Oliver is mentioning gay conversion therapy and his relatives’ pressure on fitting in heterosexually.

To clarify, the therapy focuses on trying to change someone’s sexual orientation from homosexual or bisexual to heterosexual. Four decades later, it still exists. In fact, recently the Federal Council of Switzerland refused to put restrictive laws on it. The pressure of society and others on someone starts with the acceptance of such a measure. It legally discriminates against LGBTQIA+ people because no heterosexual conversion therapy has been created. Does it not also authorize discriminating against LGBTQIA+ people?

Probably! In Switzerland, 60-70% of gay men were verbally harassed between 2002 and 2011. 25% of them were physically harassed and 10-15% were sexually harassed. This is three to four times more than heterosexual men. Obviously, lots of reasons can cause discriminating behaviour, such as the lack of gay/lesbian/pansexual/bisexual/asexual/queer/intersexual/… romances in the media.

To come back to Oliver, he ends up marrying a woman for the ease of conforming. He has always loved and will always love Elio but it is easier for him to conform. He would not have to face his father’s reaction. When the news reports that a gay teenager was almost killed by his father in Berne for being gay nowadays, what could it have been like in the eighties?

During that time, queer rights were also quite archaic in the US. LGBTQIA+ people fought more for their rights after Stonewall Inn in 1969. In 2015, gay marriage was finally legalized during Obama’s presidency. This is still not the case in Switzerland even though the PACS is authorized. It took forty-six years to achieve that milestone in the US, how long will it take to legalize gay marriage in Switzerland?

And, how does it feel for Elio and Oliver to live within a heterosexual society when they are attracted by men? Depending on how ready someone is to face this heterosexual world and its discriminations, usually the safest choice has been to “find [themselves] leading the wrong life all life along”. When Elio and Oliver are separated by reality for twenty years, nothing brings them back together. This is how powerful society can be over someone’s life. Oliver falls into the realm of married life and fatherhood. They think about each other a lot but like Romeo and Juliet, they are not allowed to love each other in broad daylight.

In Switzerland, to take your lover’s hand or to kiss him/her in front of people is legal. The bravery of being out also comes sometimes with a price. In 2016, a gay man was beaten up in front of a café in the early hours of the morning by young adults, which is a common form of aggression according to Häussermann. The Dialogai association even adds that one aggression out of two is reported by the victim to the Police. They are afraid of saying their sexual orientation, even more so after what they have just been through. The injustice of that situation is that homophobia was not legally penalized in 2016, which means that homophobia was to a certain extent authorized. It was only a year ago that this hate crime was finally introduced in the Swiss Penal Code through the initiative of Mathias Reynard.

The consequence of a lack of protection and representation in Switzerland has not been helpful for the LGBTQIA+ community. The victims of hate, they “have had to” hide because of how society has treated them. Oliver and Elio did not have to face hate crimes, fortunately. Nevertheless, society separated them for twenty years. Time that will never be given back. Elio dealt with the struggle of coming out and admitting his sexuality, fear that any LGBTQIA+ person has felt at one point in their life. A state of doubt between living their life for who they really are or of staying hidden. Saying it or hiding it? Zwischen Immer und Nie. Between always and never.