DETAILS
Ireland: Unemployment down 0.1% in September

The standardised unemployment rate in Ireland fell from 13.8% in August to 13.7% in Septem 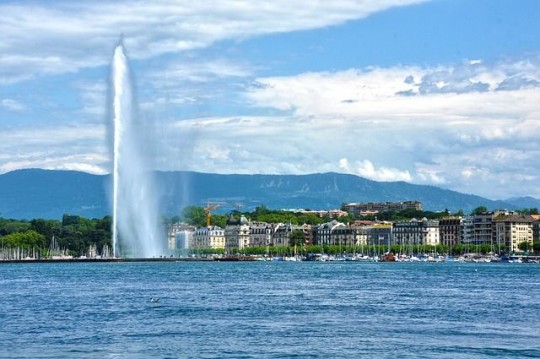 Fact: wherever you are in the world, there is a high probability that the coffee you are drinking has been traded in Geneva. Also, you might be surprised to learn that the sugar you might add (may coffee purists forgive you) could have been negotiated in the same city.

At least half of the 90 million coffee bags traded internationally pass through Swiss-based companies. If historically coffee houses and coffee traders based themselves on the Swiss German side, in Zug in particular, traders have been moving to the Lake Geneva region, according to the Swiss Trading & Shipping Association (STSA).

Geneva is indeed renowned for being a trading hub for commodities like coffee, sugar, wheat, grains and oil seeds, crude oil and oil products, rice and cotton; and for being the world banking centre for trade finance. To understand why the country has attracted more than 500 trading companies who when grouped together handle 40% to 60% of global transactions¹, one has to go back in time.

Trading has quite a long history of partnership with Switzerland. Cotton houses such as Paul Reinhart (ex-Geiliger & Blum²) settled in Winterthur in the late 1780s to trade Egyptian and American cotton. Other cities like Lucerne and Lausanne negotiated coffee or spices originating from Sri Lanka and India, while the Canton of Vaud in general welcomed cereal houses such as André, Panchaud, Frankel, Cohen and Schilter in the 1920s.

After the two world wars, commodities traders started looking at neutral Switzerland for its stable political structure and economy in the centre of a shattered Europe. The same trend prevailed during the Cold war, with the country offering a neutral venue to US-based companies aiming to trade with Eastern bloc countries and becoming more and more attractive due to flexible exchange rates and moderate taxation³. For Geneva, activity really exploded in the 1960s when American multinationals like Alcoa, Grace or Continental Metal Corps installed their offices here, followed ten years later by oil business men and Arab representatives against the backdrop of the global oil crisis.

Over decades of business, specific structures have progressively built up around traders who naturally see huge benefits in having all the banks, insurance companies, law firms, fiduciaries, inspection and security firms, shipbuilders and freight specialists they need concentrated in one place4. Still, it is amazing to think that nothing physically transits through the territory. After all, commodity trading works quite a bit by “distance working”: The role of a trader is to buy products from a producer and sell them to an intermediary or final user, moving the commodity from one location to another.4

As for coffee, there are two major companies active in coffee trading in Geneva: Louis-Dreyfus and Sucafina. In a recent interview, Nicolas Tamari, director of Sucafina, explained to Le Temps the challenges that his business was facing:  agricultural raw materials are the “poor cousin” in the industry, with lower salaries and bonuses due to smaller margins, weaker revenue and profitability. Moreover, although Switzerland has the stability that many coffee producing countries like Kenya, Burundi, Uganda, Tanzania or Rwanda cannot guarantee, it currently fails at giving trading companies visibility on the future in terms of corporate taxation policies, immigration laws, regulations and monetary fluctuations. Also, more control is imposed on credits, especially since the BNP Paribas case, where the bank had to pay an $8.7 billion fine in June 2014 for violating U.S. sanctions. The French bank, which was the first in Geneva to finance trades by using the value of shipments to back credit lines in the 1970s, pleaded guilty to processing banned transactions involving Sudan, Iran and Cuba. This episode put a damper on the financing sector where other banks like Crédit Agricole, Credit Suisse, Société Générale or BCGE are active, providing guarantees, loans, pre- and post-financing, risk coverage and credit lines.

While some professionals believe that the golden age of trading in the Lake Geneva region is over, Emmanuel Rogy, Head of commodity trade finance EMEA at BNP Paribas (Suisse) SA, remains optimistic. In an interview with the Tribune de Genève, Rogy expressed that although the market has a few things to worry about like the drop in raw material prices which reduces clients’ margins, China’s slowing growth which decreases trading volumes and the global falling demand affecting bank’s operations units in Geneva, he thinks the city remains a prime location. However, in order to resist the rise of other financial centers in the world –especially in Asia, where many banks tend to follow their customers—Geneva will have to encourage innovation and meet higher standards in terms of transparency, social responsibility and controls without compromising commodity actors’ interests.

1 http://www.whygeneva.ch/en/trading-trade-finance
2 R. James Breiding, Swiss Made : the untold story behind Switzerland’s success, 7.05.2013
3 Today, income tax rates for trading companies with predominant foreign business (also called “mixed companies”) are low – between 10% and 13%. As for VAT, the rate is one of the lowest in Europe
4 http://www.swissinfo.ch/eng/raw-materials-trade-takes-off-in-switzerland/29696314
5 http://www.stsaswiss.ch/geneva-global-trading-hub/main-players/trading-companies