DETAILS
Scotland : ‘£60million wasted by the government on training’

Labour, the main opposition party in Scotland, has accused the Scottish Government of wast

“…What we find consistently is that emotions in general have a really dramatic effect on public opinion and behaviour in issues (relating to) conflict resolution, above and beyond all other factors studied…”
–Eran Halperin, professor of psychology, IDC Herzliya. 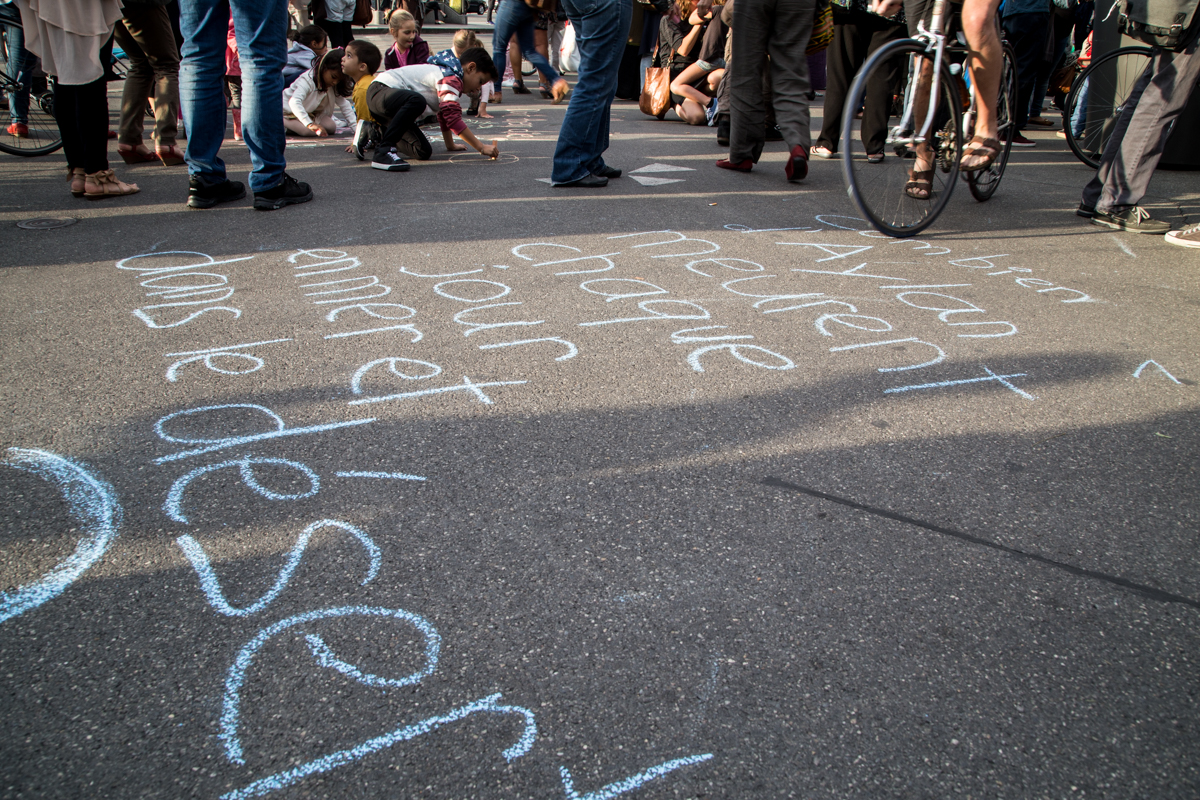 We live in a rational world. By that, I mean we live in a world where we seek detached, logical solutions to profoundly emotional issues such as conflict. In Europe today, public discourse around the arrival of refugees and migrants from Syria, Afghanistan, Irak, and countless other countries take on such characteristics. Conversations around whether or not to allow people “in” are centred on numbers, on the legitimacy of different types of migrants, on the possibilities for cultural assimilation or, as we often hear, whether their culture/religion/etc., is “compatible” with ours. The implications of such discussions bear on policy decisions: do we open our borders, to whom, and how?

A few definitions
At the core of these questions rests a fundamental issue: how do we perceive “the other”? This is by no means straightforward, particularly when the other is perceived as anything from the violent semi-visible enemy that threatens the European way of life, to the helpless child whose body lies lifeless on our shores. Each of these images draws out an emotional response which influences the way we think of policy decisions, and therefore how we perceive actions in our own political spheres –here in the European Union, its nation states, and our local governments.

Let’s start by acknowledging that as Europeans, we are in conflict: both with the armies terrorizing the refugees coming into Europe, and the people as a whole who, depending on age, gender, social status, and countries of origin, we perceive as victims of a worrisome and merciless war. We are in conflict with the first group because they are committing atrocious acts, going so far as to bring them onto our land, and the second because their presence is perceived by a not-so-small percentage of Europeans as a cultural or economic threat. So what role does emotion play in shaping our, the public’s, response?

This was the subject of a recent conference organised by NCCR Affective Sciences¹ entitled Different avenues for conflict resolution – perspectives from psychology, political sciences and fieldwork.² The panel had three speakers: Dr. Eran Halperin, a professor and social psychologist with IDC Herzliya³ who spoke of emotion regulation and the transformation of political perspectives in intractable conflicts (here the Israeli-Palestinian conflict); Dr. Simon Hug, political scientist, professor at the University of Geneva; and Maude Roure, head of Learning and Policy with Interpeace, an organisation mandated to “strengthen the capacities of societies to manage conflict in non-violent, non-coercive ways, by assisting national actors in their efforts to develop social and political cohesion.”

The only practitioner among the panel, Roure began with a definition: conflict, she explained, is not violence. Rather, conflict is “natural to any society, not bad in itself, (and) can be a driver for change and innovation.” The problem with conflict, then, is “when people feel no other way to address conflict than with violence. Peace is not the absence of violence, but when in a society there are institutions or mechanisms to address violence in a peaceful way”. This definition is also why Roure speaks of conflict “transformation” rather than “resolution” as others, including the two other speakers and even the conference title itself, refer to it. 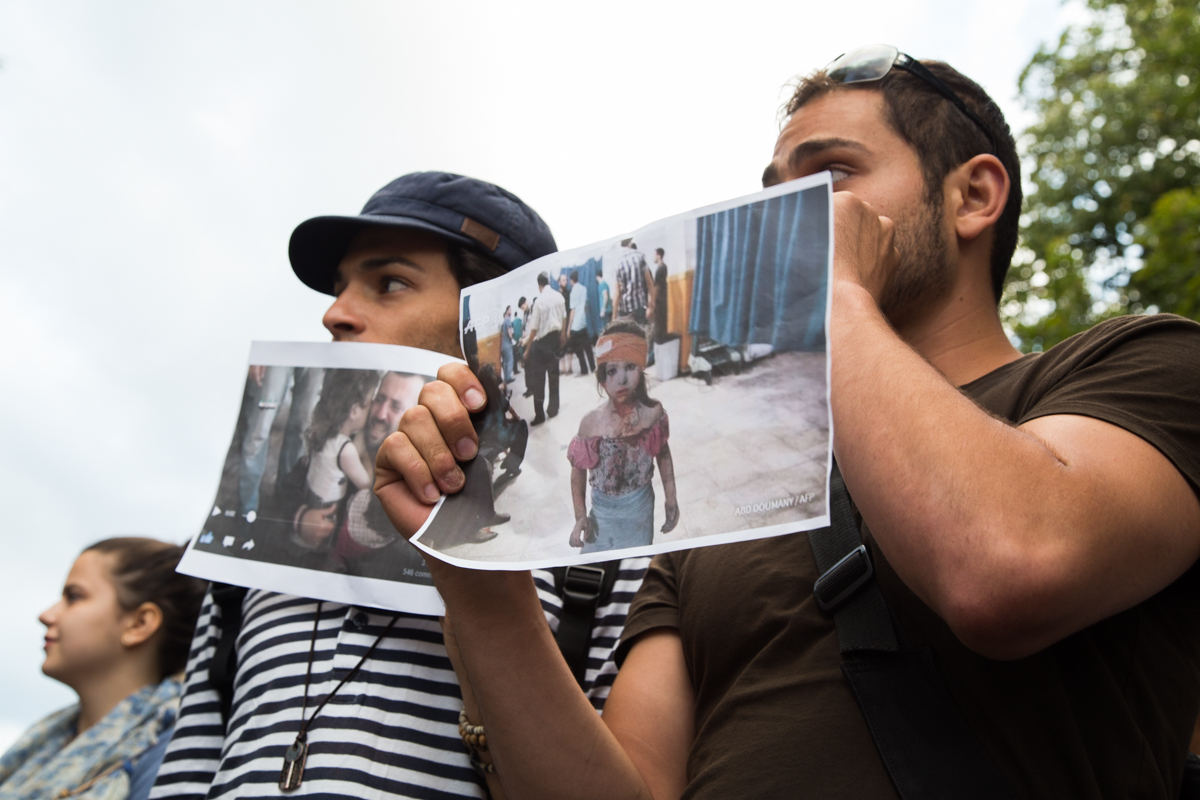 In recent months, we have seen an increase in violence relating to the refugee/migrant trends: arson attacks, rallies against Islam, clashes in Calais, phenomena of sexual assault… The escalation from “conflict” as we defined it above to such manifestations of violence should be of concern to us all. Why? Because it means that parts of our society –European society– have already and are increasingly moving towards the sentiment that there is no other way to address (this) conflict than with violence.

Roure raised a number of challenges that Interpeace faces in supporting conflict transformation in the countries in which they operate. Among them is the question of motivation, particularly of those groups who may benefit from the chaos of conflict (eg. transnational crime and terrorism). She explains that because they benefit from conflict, these groups are not inclined to engage in a dialogue towards conflict transformation. This was also highlighted as a challenge for the panel’s first speaker, Dr. Eran Halperin. His studies have focused on testing the impact of cognitive reappraisal, an approach to emotion regulation, in changing people’s perspectives on political or policy decisions.

The impact of emotions
In one of his studies, Dr. Halperin’s team provided test subjects with a 20-minute training in cognitive reappraisal in the lead up to the moment when Palestinians sought full membership to the United Nations in September 20114. This moment, according to Halperin, stirred much fear among the Israeli population, with public claims that it would lead to thousands of Palestinians walking on Jerusalem, to confrontations with the army, or even to a 3rd Intifada (ibid.).

The objective of Halperin’s study was to examine whether people who undergo training in emotion regulation would be more supportive of conciliatory actions, such as compromising on key issues with the other group. What they found was that the training led people to becoming more supportive of constructive policies up to five months after the training, and that this support operated through a decrease in the negative emotions targeted –in this case, the regulation of anger. The same was found in other studies, where specific emotions (e.g. hatred) were targeted to highlight particular issues (e.g. political tolerance toward the other group). Halperin concludes that psychological barriers constitute by far the largest inhibitor of conflict resolution. “There are meaningful reasons why there are conflicts,” he explained, “but, they could have been resolved very easily, unless there were these psychological barriers around them that do not allow the people involved to even identify the opportunities (for resolution).” 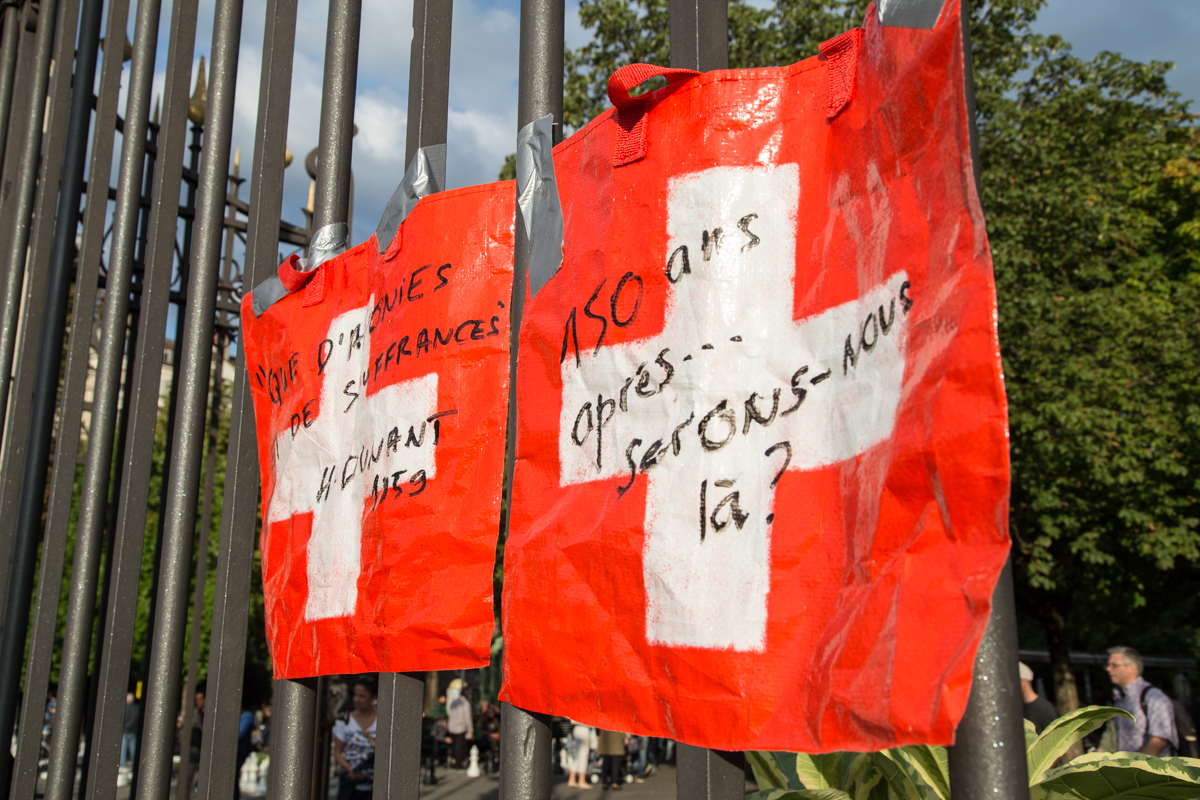 Such conclusions left this audience member with mixed emotions. On one hand, the acknowledgement that emotion plays a significant role in conflict transformation at a group level, and not just an individual level, can do wonders in working towards an increased focus on emotional and psychological well-being at a societal level – at work, in schools, and in our political discourse. In today’s Europe, these questions are increasingly important.

Why? Because on the other hand, such experiments are a form of psychological manipulation. They can be used towards “positive” outcomes, bringing people towards peace, solidarity, and constructive efforts at improving everyone’s lives. But they can also be used towards “negative” outcomes, by inciting fear, suspicion, separation, and anger. This type of psychological manipulation can be seen in some controversial political discourse and advertisements, from Donald Trump’s claims against a diversity of minority groups in the United States during his current presidential campaign, to the not-so-subtle black sheep being kicked off the flag by a rightful white one here in Switzerland.

The question here isn’t who is right and who is wrong. Approaching any of these questions with a dichotomous view of “good” and “bad” groups of people is over-simplifying the situation. It is also one of the mistakes too often made when dealing with the conflicts we face today. The work of Dr. Hug, the panel’s second speaker, renders evident the complexity of inter-group conflict in the contemporary world. A few decades ago, the world observed interstate wars. Today’s wars are of an intrastate nature. This, he emphasized, has resulted in civilians being increasingly targeted by violent action, the exposure to which is at the core of his research. But it also results in a more complex identification of “groups” in the conflict: who are our opponents? Who is responsible for the insecurity, the fear that we feel? What is the threat to our way of life?

The way to a better understanding
This is where the three perspectives converge. Hug’s work on the consequences of exposure to violence elucidate the repercussions of wars on people’s behavioural patterns, such as political participation, notions of fairness and altruism. Halperin’s work shows us the malleability of the human psyche, and above all, the possibility that even the more extreme emotions like hatred towards another group can be transformed through the reappraisal of one’s own emotions. Roure, finally, demonstrates that this type of work can be structured and operationalized on the ground. One of Interpeace’s strategies is to create balanced teams of facilitators who are recognized and accepted by all segments of society –parties to conflict, politicians and lay people, etc. This is in order to open avenues for dialogue and conflict transformation, and forms a baseline from which we can build our structures and systems for generating honest public dialogue from the city to the state level.

Together, the perspectives show that while we still have much work to do in understanding exactly what role emotion plays in inter-group conflict, we already have quite a few leads for preventing our current conflict from escalating into further violence. Instead of focusing on evaluating numbers, attempting to establish a pseudo-compatibility of cultures and religious ideologies, or the potential economic impacts of these phenomena, what their work highlights is the importance of understanding the emotional underpinnings of our political perspectives. This is relevant not only for academics or organisations working at a societal level, but also to us as individuals as we navigate often complex messages about peace and security. In our reactions to political events and discourses, if we question what emotion is behind our feelings about a certain group –say, refugees arriving in our cities– then we may have a better understanding of our own political attitudes and above all, of the things that operate to keep us apart.