Experience or Education: which is more important in a job application? 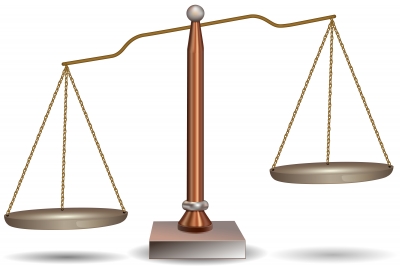 Thomas Edison, Mark Twain, The Wright Brothers, Bill Gates, Sir Richard Branson, Steve Jobs, Al Pacino, Walt Disney, Coco Chanel, Tom Hanks, John Lennon. These are just some of the people who have changed or affected the lives of millions over many decades in history without ever having finished a degree. Interestingly, some did not even attend a university. Moreover, there are thousands more who affect our daily lives with their inventions, creations and companies who have never stepped foot inside a university.

That may be true, yet for every successful pioneer who does not have a degree, there seem to be hundreds more who do. It seems apparent that in today’s current job market, with millions of newly-educated graduates leaving academia to join the labour force every year, having a degree is fast becoming mandatory rather than optional in order to compete. Or is it?

As world economic cycles change over time, so too does the demand for skilled and unskilled workers. In times of strong economic growth, less importance is placed on degree-level education, as there are more jobs. Therefore, employers are more willing to accept candidates with transferrable or non-obvious skills, rather than always choosing directly relevant experience or education. Equally, when economic times are bad, employers have the pick of the crop, the best and most relevant experience and education for the position.

Another view is from a recent article in The Economist: “…changes in the Labour market also help to explain the ever growing pressure to get a degree. Automation has created what Claudia Goldin and Lawrence Katz, two Harvard academics, have called ‘A race between education and Technology’ which only those with plenty of education will win. As automation depresses wages at the bottom of the pile, inequality grows, and the more unequal society becomes, the riskier it is not to have a degree. For all the stories of university dropouts who become software billionaires, non-graduates have little chance of joining the ranks of the prosperous few.”

So how do you decide which is better for you: a formal university education or experience?

We took a look at both sides of the coin, yet it seems that there is no correct answer to this question. There are, however, important factors which must be considered when choosing a career path or when considering a change from your current career.

As part of the research undertaken, we looked at both ends of the scale. Firstly, we interviewed the Head of Trade Finance for a global commodity trading company. Currently responsible for overseeing many millions of dollars in trade transactions, he joined his first financial company at the age of 16. He has no degree, but 35 years’ of high value experience.

Secondly, we spoke with a lawyer from the United States who works for an international organisation in Geneva. She has a BA and an MBA, with several years of experience.

Also, with his unique position within the community, combined with his inside knowledge of the Swiss market and hiring trends, we met with Mr. Frédéric Kohler, Principal of the Geneva-based Institut Supérieur de Formation Bancaire or ISFB Institute. This institute is a very highly-regarded academic testing and teaching establishment specialised in banking, with recognition from almost all of the banks in Geneva and throughout Switzerland.

Founded in 859 AD, the University of Al-Karaouine, Morocco, is officially the oldest continuously-operating degree granting university in the world. 1156 years later, there are currently 23,867 universities in worldwide operation, with billions of people over the centuries passing through on their way to “degreedom”. Many had the idea that becoming a degree holder would be the starting point to ultimately having the lives they want.

So why get a degree? There are literally hundreds of reasons why many would want to get a degree: from specific job requirements to having an interest in a subject, and yes, even some people apparently go to university for fun.

From the interviews with the commodity Head of Trade Finance and the Labour Lawyer, both agree that a degree is a very good thing to have. It confirms, on paper, that one is able to learn and apply oneself to a task. In other words, it shows one’s ability to be disciplined. It also shows an expansive theoretical understanding of a subject, which can usually seep into another subject, therefore increasing knowledge and hopefully intelligence in a wider range of subjects.

However, when the Head of Trade Finance was asked the question: “Would it be useful for you to have a degree now?”, the answer was no, according to him. “It would probably have gotten me to where I am a bit quicker. I even tell my children to go and get a degree, as I do think it’s important nowadays, but would I know more than I do now? I doubt it.”

Case settled then? Not quite.

When the same question was posed to the lawyer, her response was a bit different. “Sometimes being a lawyer can be described as never leaving the education system. It is absolutely necessary for my job that I have the proper education and keep up to date with constantly changing laws. If I want to keep current then I am regularly required to learn and take exams that prove I am current and up to date.”

According to Mr. Kholer of the ISFB, a degree is only relevant if your chosen subject requires one. The whole purpose of a degree is to provide you with the fundamentals of a subject at the start of your career. If you do not choose the correct degree for your career path, then it is almost not worth you doing one. You may demonstrate transferrable skills. It may confirm your ability to learn and study. Yet, apart from that, a degree in Biology may not help you if you have chosen a career in Finance. That being said, if you are a biologist and you want to move into finance, that does not mean that you cannot change your career. However if you are going to go through the educational system to get a degree, it would be an idea to have a base, educationally, for your chosen career path.

Experience is the teacher of all things.

These were reportedly the words of the most famous of Rome’s leaders: Julius Caesar.

Essentially, the premise is that if you have done something, you have learnt something. That is quite a nice, neat, truthful sentence. It implies that we are never finished learning, there is always something more to experience, so always more that we can learn. Whether it’s going to University or going out into the workplace and getting one’s proverbial hands dirty, the only way to learn is to do.

It may be that when approaching the issue of hiring a new member of staff, every business will want to provide the best resource for the least amount of money. So when the selection criteria are issued, they are designed to easily identify potential candidates by their certified abilities and knowledge base. The use of formal qualifications is a way of doing this quickly. When dealing with experience, the candidate must provide as much tangible proof as possible to show their abilities and knowledge. Otherwise, candidates are essentially asking an employer to simply trust that the candidates can do what they say they can do. In other words, while employers trust facts, one would be asking them to choose between someone with tangible proven abilities and someone’s word.

The Head of Trade Finance affirmed that it can be a little frustrating sometimes “…when you come across 20 somethings who are fresh out of university with a year or two in a job and they just ooze over-confidence. In my opinion, you know very little at that time. You think you do because that’s what the teachers have told you to think, but actually you only have theoretical knowledge. Until you have put it into practice you don’t know what you know or what you don’t.” For him, he equates it to driving: first you do your theory, then your lessons, then your test. Once you pass your test, that’s when you really start to learn to drive.

Three different perceptions, three different work histories, successes and failures. Yet it was perhaps most interesting to hear that the three had very similar macro opinions. The consensus seemed to be: whilst all agreed that having a degree is not a golden ticket for being able to achieve what one wants to achieve in life, one is not doomed to failure if one does not have it. The degree is almost a way of hedging job opportunities for the future. As the saying goes, a house is only worth something when the time comes to sell it. It may be the same professionally: when one has a job, the degree does not matter, and experience allows one to get the job done. However, when looking for a job or a change in career path, that seems to be when the pieces of paper really matter.

No matter which path one decides to take, it is important to make sure, at every opportunity, to preserve tangible evidence of experience and knowledge to ensure the best possible future opportunities.