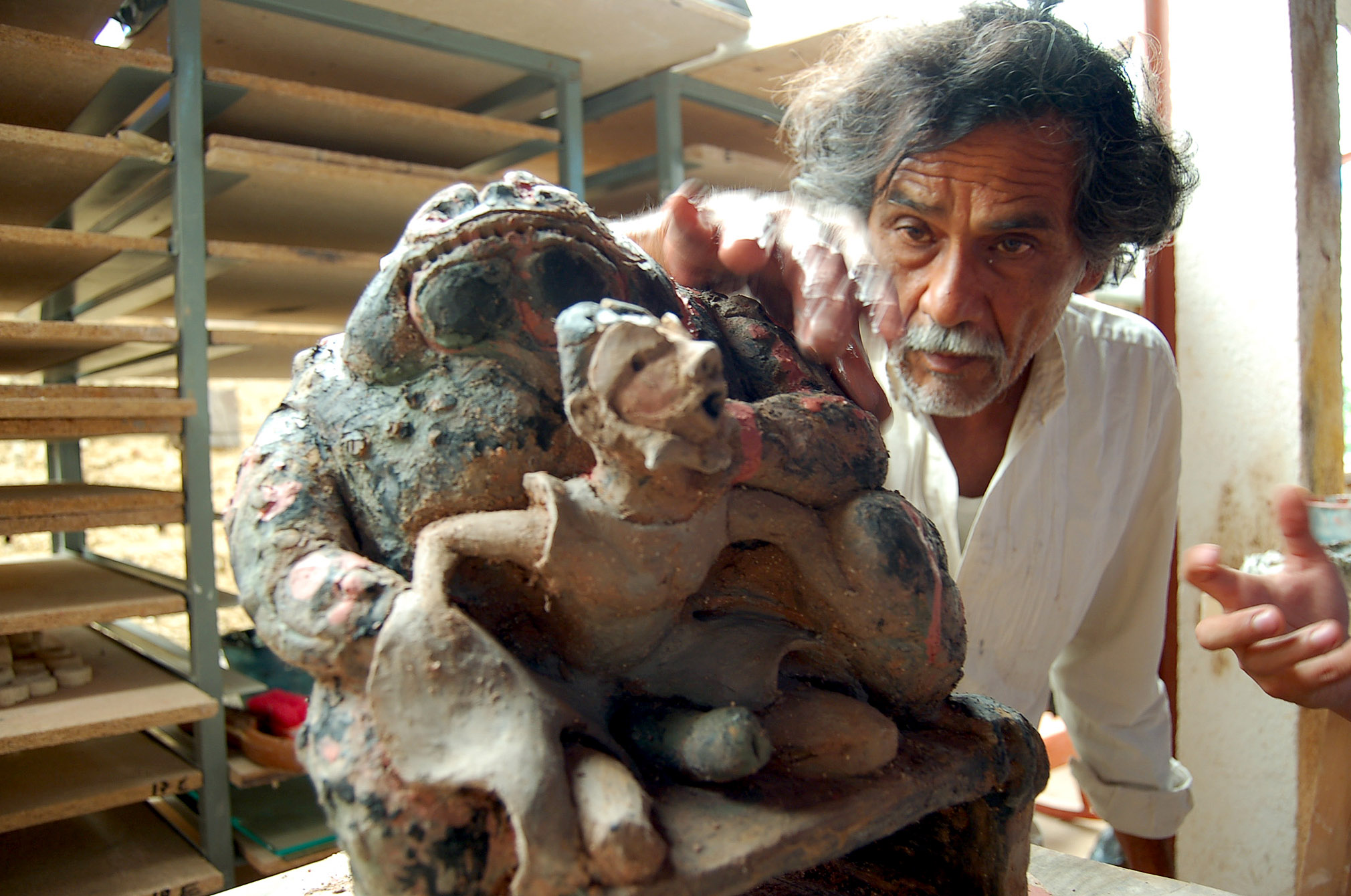 Toledo Francisco, who recently passed away this year, was an important figure in the international art field and intellectual environment.

Call him an activist, artist, and cultural promoter. His work is motley, full of humour. It opens doors to the old universe of myths and popular imagery and transferred all to the present with a contemporary spirit.

Call him as well a painter, sculptor and ceramist, iconoclastic and controversial thinker, the incarnation of the mix indigenous and European race and culture, and a defender of the poor in Oaxaca.

Without a doubt, he is still one of the most popular Mexican artists. He achieved international relevance thanks to not only his work but also to his social and political discourse and involvement.

His work was exhibited in the most important venues in Mexico such as the Mexican Art Gallery, the National Museum of Popular Culture, and the Museum of Modern Art, among others. 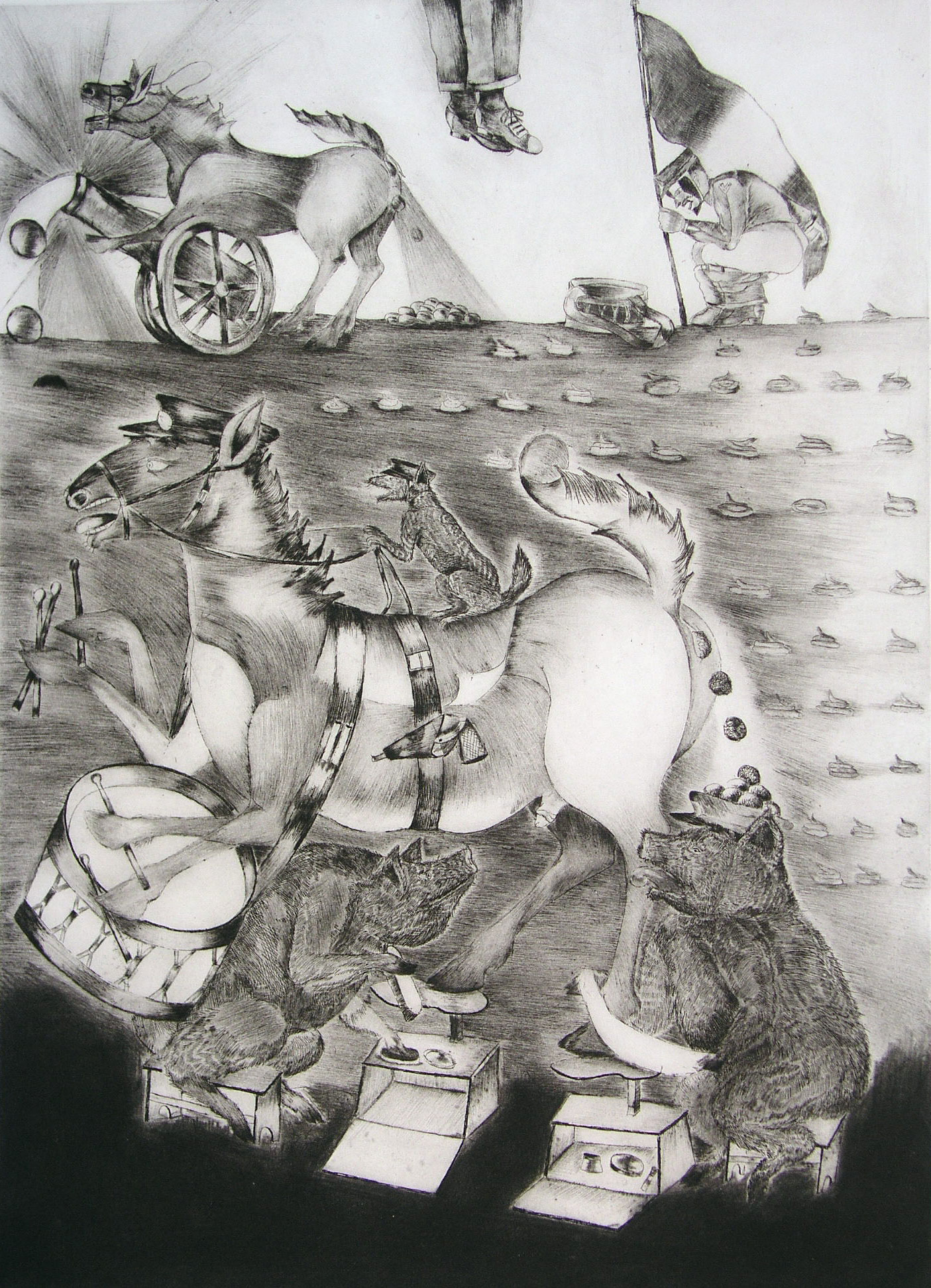 Toledo was born in Juchitán de Zaragoza, Oaxaca in Mexico, 17 July 1940 (the fourth of seven brothers). His father was a tradesman and his mother’s family were butchers.

Teledo moved to Oaxaca City to study while taking grabado (engraving) courses with Arturo Garcia and Rina Lazo. At seventeen he went to Mexico City where he enrolled in the Escuela de Diseños y Artesanías (School of Designs and Crafts). His teachers included the painters Francisco Dosamantes and Guillermo Silva Santamaria.

In 1959, he exhibited his work in the Antonio de Souza’s Gallery and the Fort Worth Center in Texas. 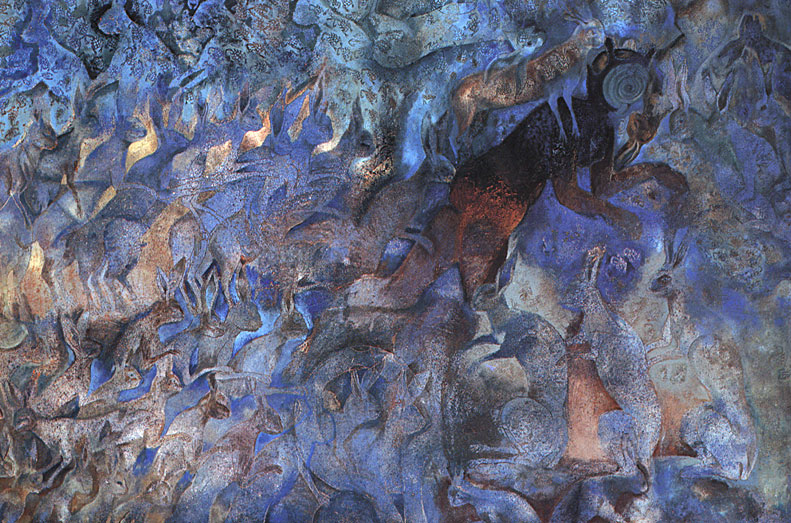 Back in Mexico, he got involved in the “Coalición Campesina Estudiantil Del Itsmo” (Itsmo Student Peasant Coalition) social movement.

He founded the “Graphic Arts of Oaxaca” (IAGO), the Museum of Contemporary Art of Oaxaca and “La casa de la Cultura de Juchitán” (House of Culture of Juchitán).

Toledo dedicated much of his life to the social struggles of the left and to promoting art and culture to the less privileged in Oaxaca. He also dedicated himself to preserving the patrimony of his state and promoting textile design. Also, he supported the creation of cultural venues, museums, art workshops and cinema clubs in his region.

In 1998 he received the National Prize for Science and Arts in the area of ​​Fine Arts and in 2000, the Prince Claus Award. In 2005, they recognized him with the ‘Right Livelihood Award’ for his commitment to protect the community of Oaxaca. The Benito Juárez Autonomous University of Oaxaca presented him with an Honorary Degree. 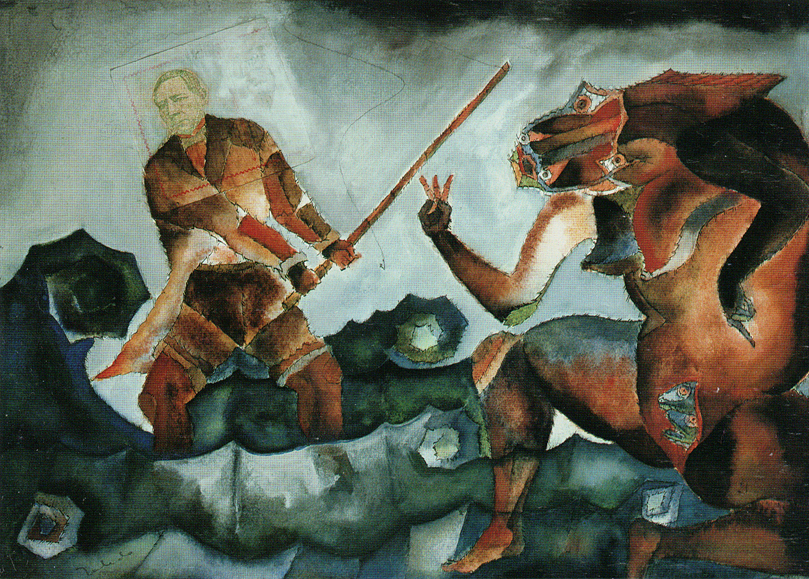 After a long struggle against cancer, he died 5 September 2019 at 79 years of age.