In an effort to reduce their tax liability, a recent survey reveals half of the top 30 UK

HOW THE FILM INDUSTRY BOOSTS TOURISM 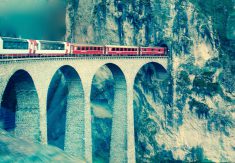 Films can sway a tourist’s impression of a country. And the better a country’s perception, the more visitors will come.

Switzerland has many assets that attract film producers and directors, such as the country’s breathtaking and accessible mountains and lakes, and numerous quality hotels for crews.

In fact, Switzerland is the third most represented country in film after Great Britain and the United States and is often portrayed as stylish and exotic.

These films include many from the James Bond franchise, The Eiger Sanction with Clint Eastwood, North Face by Philipp Stölzl, and Syriana with Matt Damon. 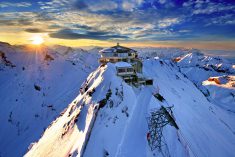 Switzerland is facing, however, increased competition from other countries which are attempting to attract filmmakers by subsidising production costs.

In some films over the past few years, scenes that are supposed to be taking place in Switzerland are being filmed in other countries such as Germany, Austria (where the film commission finances up to 50 percent of the film) or in Piedmont.

Bollywood still continues to shoot regularly in Switzerland. Since the 1960s, Bollywood has used the magical scenery of the Alps in films seen by hundreds of millions of cinema-goers. To date, some 170 Bollywood films have been shot in Switzerland, including some of the most popular. The 1995 film Dilwale Dulhaniya Le Jayenge by Aysh Chopra, of which 60 percent was shot in Switzerland, holds a unique record: it was screened for some 500 consecutive weeks in cinemas in India and around the world. In 2003 the popular film Asambhav by Rajiv Rai was shot entirely in Switzerland (Tessin) over 3 months. 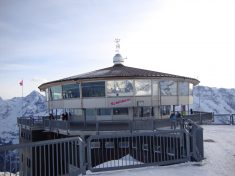 The famous Indian actor Ranveer Singh – hugely fashionable on social media with more than 14 million Instagram followers – recently added to the popularity of Switzerland in India by making two promotional videos, one in German-speaking Switzerland, and the other in Vaud. The Vaud tourist office used the clip to promote emblematic sites like the Glacier 3000, the Chaplin Museum, the Freddy Mercury statue in Montreux, the vineyards of Lavaux, Chillon castle and the Lausanne Cathedral. In recognition of his popularity, the Bollywood star has a train named after him that runs on the Golden Pass from Montreux to Lucerne.

The prevalence of Swiss scenes in Indian films has had a large impact on the number of Indians visiting Switzerland. In the first semester of 2018 overnight stays of Indian tourists increased by 10 percent compared to last year. It is estimated that this number will continue to grow by almost 20 percent by 2021.

“Bollywood productions are an important marketing tool in the Indian market,” says Marco von Euw, director of the Metropole Hotel in Interlaken. Indian tourists particularly enjoy the Bernese Oberland and Central Switzerland. In the French-speaking part, their preference is to visit Geneva.

Industry professionals have sounded the alarm, however, about the continuation of Indian filmmakers shooting here. The Swiss Alps still create cinematographic dreams but the country is considered expensive. Indian producers have started going to places with a similar landscape but cheaper production costs though the actors are pretending to be in Switzerland!

Despite this, Switzerland can offer filmmakers certain advantages, such as “more flexible working hours than neighboring countries, small distances, qualified manpower, and easy-to-get permissions to shoot scenes in public spaces”, according to Emmanuel Cuenod, the director of the Festival Tous Ecrans. 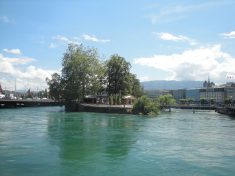 Several cantons are recognising the connection between cinema and tourism. Zurich, for example, has set up a cinema promotion unit. Valais wants to set up a film support fund to help finance films, with the intention that those that have their plot in Valais will receive more funding than the ones that use Valais only as a backdrop.

In Geneva, the Media Department of the Tourist Office is working hard to appeal to more filmmakers and has already had success in attracting the American reality show The Bachelorette.

Switzerland will continue to attract the best filmmakers in the world but is not resting on its laurels or relying purely on the magnificence of its scenery.

A special thanks to Lucie Gerber at the Geneva Tourism and Nina Villars at Swiss Tourism for their input.

Passionate about travel, I have more than 20 years of experience as a group operations manager with proven skills in the leisure and tourism industry, and designing and organizing events. Always ready for new challenges, I pay close attention to detail and accuracy. My deep knowledge of the Geneva region, Switzerland and Europe in general allows me to advise on unique outings and leisure activities for clients.