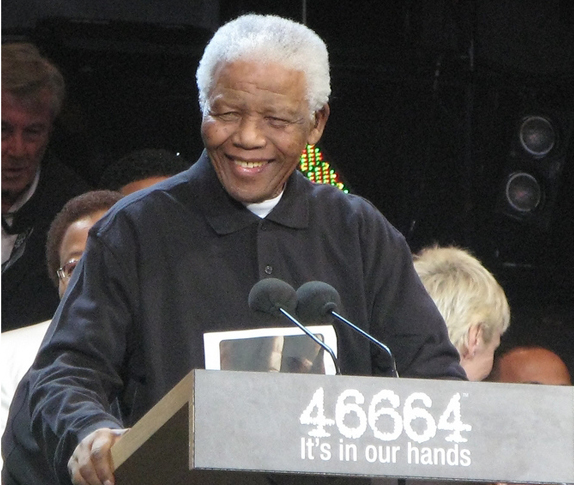 Mr. Mandela visited Switzerland several times, congratulating the country on its neutrality. Didier Burkhalter, President of the Confederation in 2014, was one of the first to react to the passing of this great man: “Nelson Mandela’s passing affects us all. He has been, and will remain, an example for all humanity. An example of strength, liberty, forgiveness and reconciliation.”

Let the world remember that when we overlook differences, barriers fall and positive change happens.
Here are two quotes among the many that Nelson Rohlilala Mandela (1918-2013) has offered us, to help us continue to look to the future:

“No one is born hating another person because of the colour of his skin, or his background, or his religion (…) If [people] can learn to hate, they can be taught to love, for love comes more naturally to the human heart than its opposite.”

“Our human compassion binds us the one to the other – not in pity or patronizingly, but as human beings who have learnt how to turn our common suffering into hope for the future.”