DETAILS
An Online Toolbox Starts With a Polished Résumé

How effective is your online profile ? Does it show who you really are ? Do you really kno

Swiss sports company On stirs up the running shoe market

“Engineered in Switzerland” is written on the heel of the newest running shoe model from Swiss high performance running shoe company On (for further info www.on-running.com) along with a tiny Swiss national flag positioned above the claim. Its latest product is called the “Cloudrunner” and the message it would like to put across, apart from its technical nature in being a high-tech endurance shoe for all kinds of runners, is clear: someone must be pretty proud of the origin and the identity which has led to a variety of success in On’s young history. 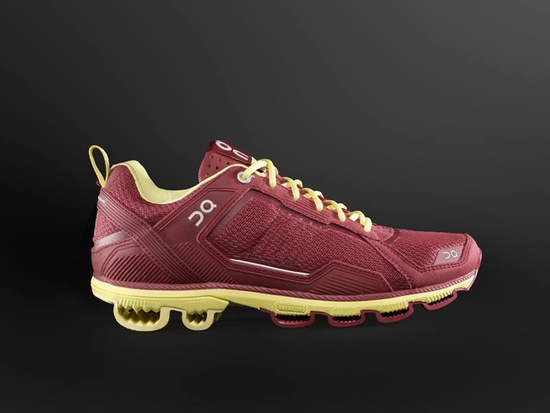 The “Cloudrunner” – available as of March 2013 at selected specialist stores

Back in February 2010, an On prototype won the ISPO BrandNew Award for innovation in sports at the annual international sports fair Ispo in Munich, Germany. One year later, the “On Cloudsurfer”, designed by Thilo Alex Brunner, became a prize-winning innovative Swiss running shoe honoured with the Swiss Federal Design Award in the category Product & Industrial Design. Moreover, the “Cloudsurfer” was awarded Gold in the Shoe Innovation category of the Men’s Running 2012 Awards and more recently, the “Cloudracer” has won the ISPO Gold Award 2013 for being the Best Performance Shoe – On’s second title gained at the leading international sports business network Ispo.

But what makes On and its running shoes so special? And is there really a demand for another sports brand trying to position its product among well-known running shoe companies such as Asics, Brooks, Mizuno, Nike and Saucony? Apparently there is, especially if you are able to create a “new” running feeling rather than just launching another “normal” running shoe onto the market. In less than 2.5 years from the very first shoe appearing on European markets in July 2010, On sold more than 100 000 pairs. Everything is based on the feeling by most runners described as “Running on clouds”. On the one hand, it refers to the simple mission the On brand has defined for itself: to elevate running to a sport that is not just healthy but fun, too. And on the other hand, it is linked to the technological aspect each model features – the patented CloudTec® system. Rubber low-profile elements shaped like clouds on the bottom of each shoe transform running energy into forward momentum following the principle of “land soft, push off hard”, resulting in the first cushioning system that is only active when needed – during the landing. 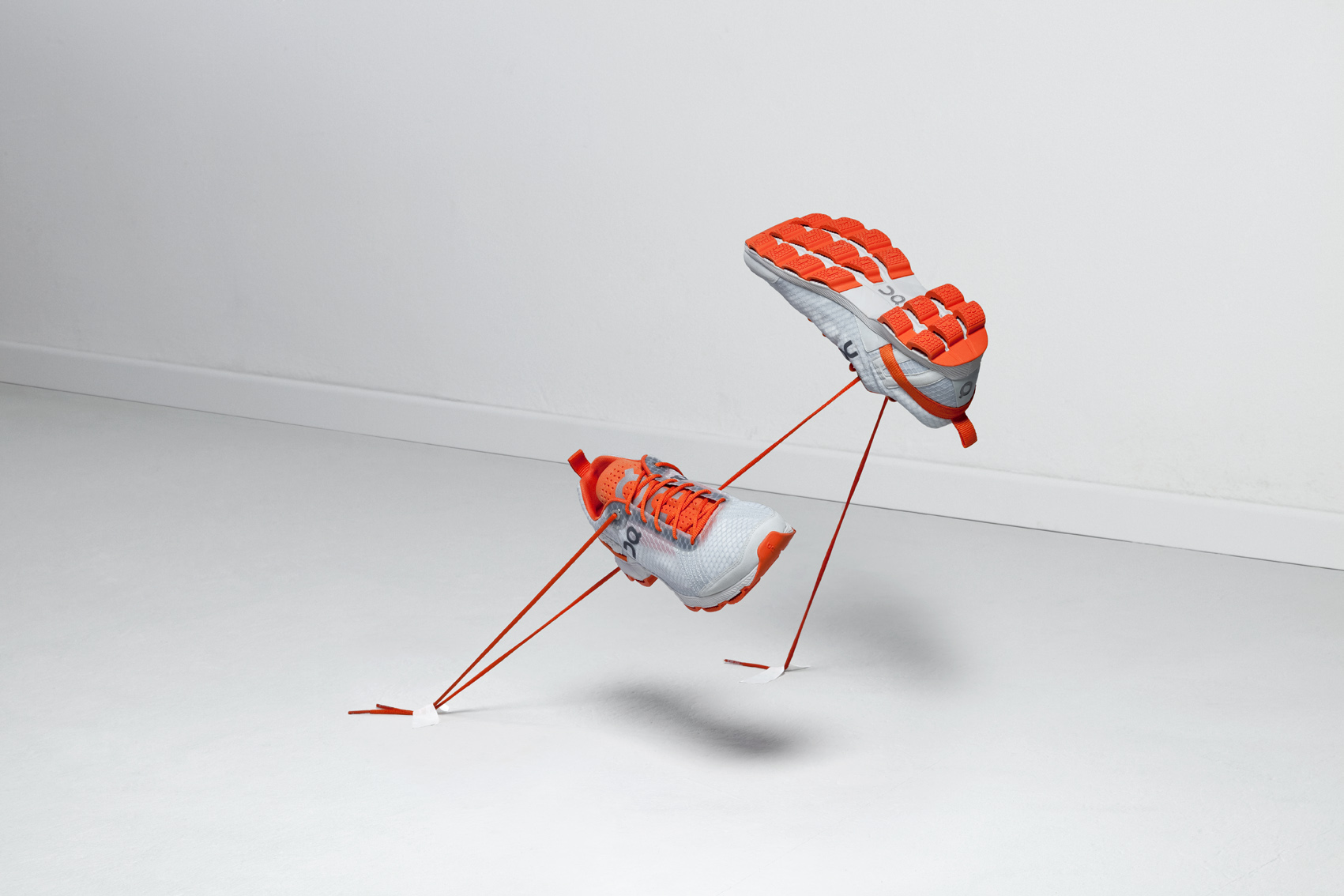 Olivier Bernhard (3-time Duathlon World Champion & 6-time Ironman Champion) kick-started the entire On story together with a Swiss engineer by experimenting with cut up pieces of garden hose. They glued the pieces to the sole of his former running shoe. The experiment worked well, the health problems were solved (Olivier Bernhard was suffering problems with his achilles tendon at the time) and a company that aims to put the fun back into running for runners’ feet worldwide came into existence in January, 2010. Bearing in mind that this very young Zurich-based sports brand has had such an impact on the world of running in such a short time, Philipp Rohrbach from Geneva Business News had the pleasure to talk to David Allemann, On co-Founder:

Concerning On’s daily business, what position are you in charge of and how is the company structured?

“First of all, I would like to mention that On was founded by three people: Olivier Bernhard, Caspar Coppetti and me. We are also in charge of the entire business. I am responsible for Marketing & Design Development, Caspar Coppetti for Global Sales and Olivier Bernhard is Head of Development/Technology. So the essential functions of Marketing, Sales & Development are headquartered in Zurich-Zollikon and at the moment we employ 40 people worldwide of which 15 are based in Switzerland. In contrast to a huge company, we are still a compact team and all the functions are handled by few hands. For example, we have one person taking care of media & athlete relations which is lovely. This person works closely with our athletes and knows exactly what is going on at certain events. As a result, the media work such as creating PR stories or online communication can be done more neatly and efficiently.

Which core parts of the business have been excluded from the Swiss local market?

Primarily, our sales team works abroad making sure that our more than 700 dealers worldwide experience professional support, including product training and customer service. The production site for our shoes is in Vietnam and we carefully select the materials for our running shoes from all over the world. We collaborate with external service providers which is common practice among all shoe producing companies such as Nike or Adidas.

Is there any specific marketing and/or communications strategy that helped On to sell more than 100 000 pairs of running shoes in less than 2.5 years?

This all comes down to our philosophy “from athletes for athletes”! We are not keen on using artificial marketing campaigns promising something which is non-existent. Innovation is the heart of our activities and our mission is to improve the running feeling around the world. The core element of our technology is in providing a soft landing with the shoe on the ground in combination with a hard barefoot-like push off. And we receive exactly this feedback from runners. So for us the most logical way to spread the word is by encouraging as many runners as possible to test our products. We do not have to explain a lot but the extraordinary feeling can be experienced at first hand.

So On basically focusses on pinpoint “product seeding”?

Yes! Just by testing our shoes many top athletes around the world have switched to On because they could improve their training and competition results. On the other hand, we have a strong focus on selected specialist running stores. Those partners have the knowledge and passion which is needed to give advice to our clients including making sure the shoes can be tested on the spot. In Switzerland, stores like Aeschbach, Chaussures-Sport, Och Sport, Intersport, Runners Point and many more locally known running shops spread all over the country offer our products.

How many markets do you operate in? And does On have a core one?

In total, we focus on 18 markets globally. In Europe, countries like Switzerland, Austria, Germany, France, Spain, Italy, UK and the Scandinavian ones play an important role for us. The US market is of paramount importance due to On’s fast development. But I do not want to draw a comparison between Europe and the US because at the moment our young business is growing in many markets such as Australia and Hawaii. We have added Asia to our portfolio and I am very curious to see how we develop in countries such as Japan or Singapore.

What can we expect from On in the future?

Certainly, more athletes will use our shoes! At the moment, many professional runners are showing great interest in On and testing our products or have already changed their footwear in our favour. For example, 70 athletes from teamTBB which is currently the world’s leading Ironman triathlon team perform in On high-tech running shoes. Or just recently, we came to an agreement with the Sauber Swiss Formula One Team which is based in Hinwil close to Zurich. For three years, we will be the team’s official shoe provider. Such collaborations are extremely important for us because it shows that we have the potential and quality to convince top-athletes which in return generates credibility for all kinds of runners all over the world. 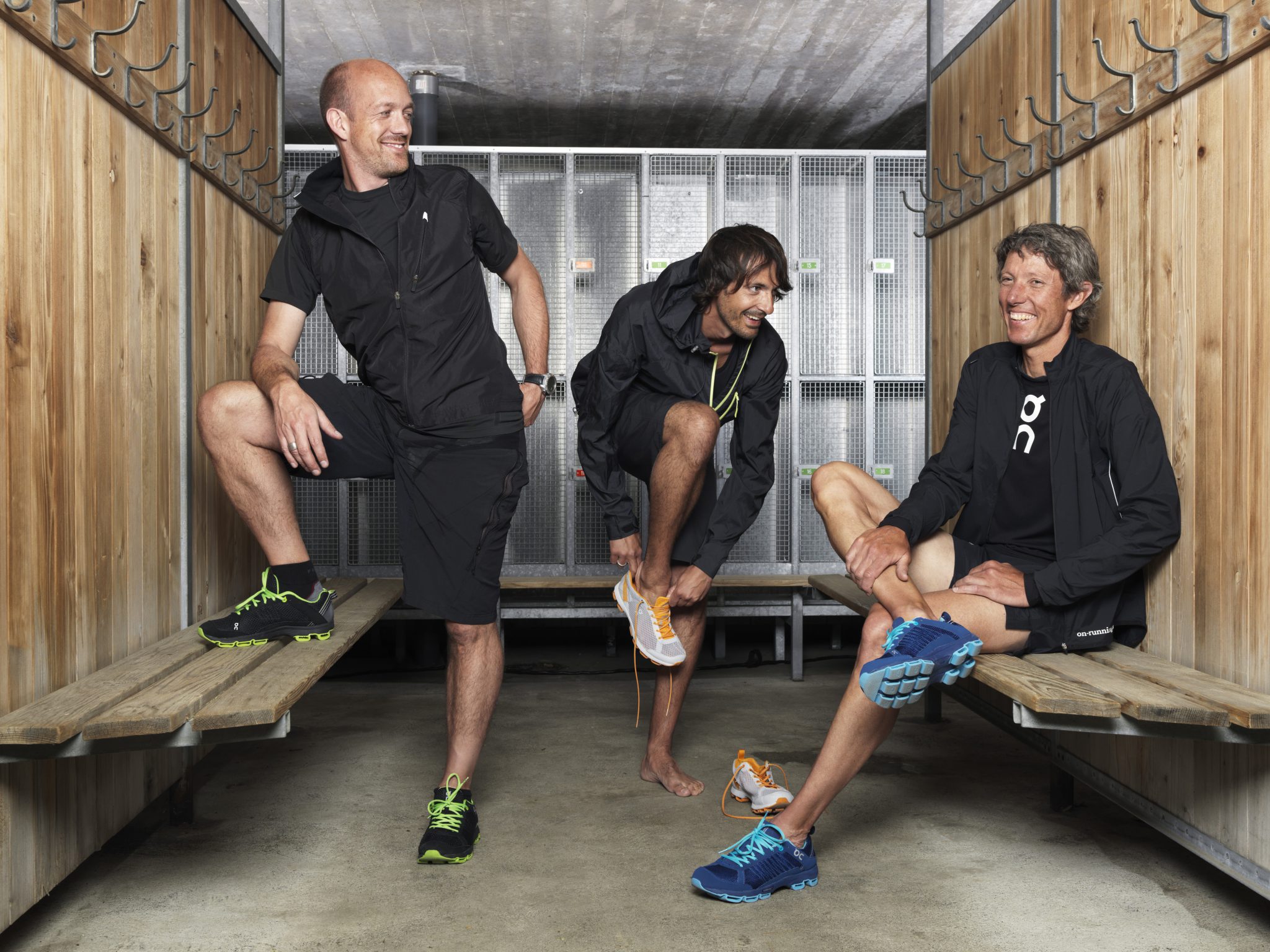