Bassa, the cabin crew section of the Unite union, has revealed that British Airways has ma

Private sector fatigue: why many are making the career move from big business to a non-profit 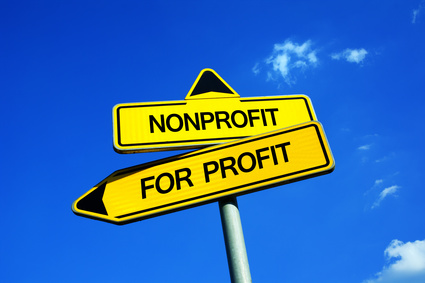 There is no doubt that the private sector has gone through some major changes recently. The job market is becoming increasingly competitive, and those looking for opportunity are finding it increasingly difficult to compete for the limited number of positions available.

The banking sector is just one example of an industry which has gone through major restructuring in recent years. Today, there are fewer opportunities for those who have developed skills and experience over many years in specific sectors.

It is the norm these days to not only seek opportunity in our sectors of expertise and experience, but also to branch out into completely new sectors where our skills and experience may be of benefit.

As such an international city, Geneva also hosts over 300 NGO’s of varying sizes. They work on issues ranging from human rights to science and technology. No other city of just 200,000 inhabitants has greater international influence.

What does this mean for the local workforce?

Especially in Geneva, more and more professionals are looking to leave the corporate world behind to make a positive contribution to solving major global issues. It might be because the opportunity once so cherished in the corporate world is not what it used to be.

These individuals will likely find that moving from the private sector to an NGO is not so easy. There is a temptation for NGOs to question someone’s motive for such a move. Surely, giving up a high salary must mean that something is wrong? And even if there is a good reason, what would a non-profit do with skills developed in the private sector?

Yet for many NGOs, there is a missed opportunity. In addressing some of the most pressing issues the world faces, it would seem obvious that one of the most important tasks of an NGO is to attract the best talent. So why not pool skills from other sectors?

So how would a job seeker go about making the seemingly impossible into the not-for- profit sector move?

We talked to Peter Küttel to see how one professional went about managing his career change from private to not-for-profit.

Peter Küttel is COO (Chief Operations Officer) of HURIDOCS. Human Rights Information and Documentation Systems is a Geneva-based NGO that operates globally and supports human rights organizations to use information and technology in the most effective way. Prior to joining HURIDOCS, Peter worked with Procter & Gamble in sales and customer marketing for 12 years.

As COO, he is part of the management team and oversees all financial aspects (including the supervision of the accountant), human resources, and the operational side of HURIDOCS.  How did Peter end up so far from his previous role working in sales?

After 12 years of working in a large corporate environment with vast hierarchies, it was time for a change. He wanted to leave the corporate world and to do something more meaningful with his time. He decided to look for work in a smaller organisation.

Peter felt that the not-for-profit sector would be ideal. “The idea of working for a small but dedicated organization was a key factor,” he admits. “NGOs appealed to me because they have a pragmatic approach to their work and operate flat hierarchies where the decision making process is much faster and less complex than that of a corporate organization.”

Having made the decision to change sectors, and having a clearer idea of what he wanted to do, it was time for Peter to work out a strategy.

Peter enrolled with the Chambre de l’économie sociale et solidaire, APRÈS-GE, and their  PPE+ program, an initiative supported by Geneva’s Office cantonal de l’emploi (OCE) that allows jobseekers to work for a maximum of six months while still claiming unemployment benefits. Participants can work for an organization in a sector of interest to them, in need for support, but not necessarily in the sector in which they worked before.

At the time, a small start-up NGO was looking to recruit a coordinator. Considering himself as an “all-rounder”, Peter applied for the position. He worked on a voluntary basis for six months while the OCE paid his “salary”. After that, the NGO was able to afford to pay him initially for 20% of his work time and then 40% thereafter.

It was while working there that Peter’s director put him in touch with the director of HURIDOCS, who was in the process of recruiting a part-time finance person. Within three years, Peter has taken over the position of COO.

He clearly believes he owes his current job to building a network in the NGO sector. “The director of the NGO I worked for (when on the PPE+ scheme) is a good friend of the former director of HURIDOCS,” Peter tells us.

Like any sector, the not-for-profit sector is not easy to break into. It is a highly competitive environment. Unlike the private sector, there are many different groups of people applying for NGO jobs: students, graduates, jobseekers, career transitioners, as well as those who are willing to offer their services for free. NGOs frequently do not need to offer compensation packages.

While it is challenging to break down the barriers and join the not-for-profit sector, it is certainly not an impossible task. However, it does take an enormous amount of time and dedication.

Given the competitiveness for jobs in the not-for-profit sector, it is important to research the NGO you are applying to.

In other words, make sure it’s YOU that they need for the job and highlight the unique assets that you will be bringing with you. Then, network, network and network some more.

On a positive note

One positive point is that, unlike the private sector, NGOs have a tendency to be more “open”. Most (if not all) who work in such an environment are eager to talk and to exchange ideas.

As such, interest groups exist. For example, Peter is co-founder of the Geneva Non-Profit Network(GNP) Founded in 1994, the network is aimed at people working for NGO’s and International Organizations who are working in humanitarian and development aid, and for anyone wanting to play an active role in the non-profit sector.

The approach of the GNP Network is very informal, and emphasis is put on connecting people while socializing with each other. It has over 900 Facebook members who use the platform very actively to exchange any kind of information.

I am a finance and administration professional with over 16 years experience in both the public and private sector in a number of industries including Aviation, Banking and Private Wealth.
I am currently looking at how skills developed in the private sector can be applied to the not-for-profit sector.