When you are checking your Facebook or Twitter accounts, how long does it take for a video or an advertisement to grab your attention?

During a Skype conversation a few nights ago, my 17-year-old sister confessed that the quicker the ad delivers its message, the better. As a young person today who uses many different social media platforms, she is talking about more than just Facebook.

Recently, new innovative apps have emerged such as Instagram and Snapchat, which are mostly used by millennials. On these platforms, videos usually last no more than five seconds. 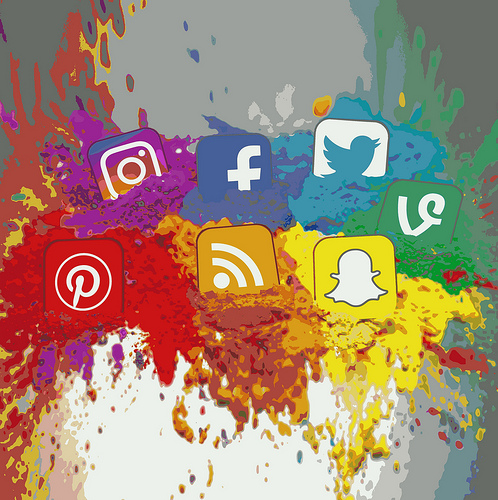 I could not help but wonder: when and how did this happen? And how could this type of communication apply to the humanitarian sector?

As someone who has been, both intensively and extensively, working in the humanitarian sector for quite sometime now, I also wondered how this type of communication could be applied to aid. I have always heard phrases such as “We want this video to be both attention-grabbing and emotionally compelling for the public audience and our donors” or “We need something simple, short and to the point!”

So how could social media help? And what, if any, are the rules?

What is the 5-second rule?

To be clear, the rule was overturned shortly after. Nevertheless, it intrigued specialists, notably in marketing and communication, who decided to pick up on this theory and apply it in their strategies. A recent study backs up the rule, showing that the time spent watching a video was important in assessing the success of an ad.

Unsurprisingly, this is not the only sector that is fond of this theory. It turns out that the same applies to the press and news reporting. During my post-graduate studies here in the University of Geneva few years ago, I attended a lecture delivered by a former BBC war correspondent. She expressed how the business has changed when reporting news. Although, certainly, mainstream newspapers are still concerned about their credibility, they are more concerned about how quickly news is reported.¹

So clearly, we should all check more than one source before we share a link on our Facebook page.

According to the Communicating with Disaster Affected Communities (CDAC Network) “communication is aid”. The need for a clear and effective communication plan is crucial not only to secure funds, but also to better prepare, plan and support the different humanitarian operations around the globe. Therefore, due to the increasing numbers of humanitarian crises and emergencies, those who work in this field need to make sure their social media strategies are as effective and precise as possible. So is the 5-second rule easy to follow here?

Nicolas Sion, Communication Officer at Geneva Call, states  that social media contributes, to a certain extent, to the organisation’s communication strategy and visibility. However, he highlights that “in order to make their social media efforts more effective and efficient, it is important to define first the activities’ messages, and to map and know what type of audience the organisation intends to reach out to”. He also believes that with no pictures or videos, audiences will not be interested in exploring posted materials. Geneva Call, for example, uses Facebook to share information related to the organisation’s activities to the general public, while Twitter is used to lobby and reach policy and law-makers in matters related to armed non-State actors. It also uses YouTube and Facebook for video campaigns to disseminate the law of armed conflict in countries affected by conflicts.

On the other hand, Carolina Montenegro², field communication manager at Médecins Sans Frontières (MSF) emphasises that “humanitarian communication is a life-saving tool in emergencies and natural disasters settings,” particularly when it comes to sharing information with beneficiaries about MSF activities. It is also essential for updating affected populations who need to know where to go for humanitarian relief (shelter, food, water, etc.).

[T]he internet also played an important role in the change [of communication technologies] in the last 10 years. Videos became even more powerful than pictures, especially with the development of social media, mobile phones and platforms like Instagram. Anybody can make a video anywhere with a cellphone. Videos can also be more easily uploaded on internet and/or shared with others via WhatsApp, Snapchat, and other apps. They have been widely used online for producing ‘viral’ communication actions (campaigns, memes, etc.).”

But when it comes to the 5-second rule, Carolina agrees that although “videos of campaigns or animations can easily and quickly explain issues via photos and infographics” it is hard to make such a video so short. “[F]or social media campaigns, videos are usually 2-3 minutes long. Longer ones can sometimes be done for giving timelines or historical background with animations and info graphs, and some are done for special web pages dedicated to one specific topic.”

Nicolas shares the opinion “the shorter the better’’. He confirms that ‘to make an impact, a video needs to be simple and to the point. We do not want to lose the interest of our audience. On social media, studies show that people will not be interested in watching videos longer than two to three minutes.”

So does the 5-second rule still stand up in humanitarian action?

Humanitarian organisations need to communicate for various reasons. While this may vary from one organisation to another, the motive behind communicating is the same: to ask for HELP! Therefore, it is not surprising to see these organisations investing heavily on social media like Facebook and Twitter to report on their operational activities in the field in order to increase their human and financial resources.

Although both organisations interviewed confirm that it would be ideal to apply social media’s “5-second rule” they agree it would be hard to make it a realistic option for most humanitarian communication. Reasons vary from difficulties in gathering insight into human suffering in a short time frame to the fear of videos losing their humane dimension and becoming too much like a commercial advertisement.

2 Carolina Montenegro is a Field Communication Manager at MSF and recently worked at the Aleppo Response Crisis in Gaziantep, Turkey. She is the author of a book about the Arab Spring (“Sobre jasmins, bombas e faraos”, published in 2014 by Editora Record in Brazil).

3 ‘’The Promise of Social Media for Humanitarian Action?’’ By Jason Cone http://ow.ly/ViP2309Mo0H

My career is grounded in outreach and communications in the humanitarian sector, mainly in the Middle East and North Africa. The first involves designing and implementing humanitarian projects for international organisations; the second is communicating that action to stakeholders. I am always up for new challenges in English, Arabic ,Somali…and even français!
Whatever the challenge I face though, it is essential that my work preserves the human element. So, I am now exploring innovation and the impact of using social media on humanitarian action in emergency situations to make our actions more visible to the public.