Steps taken to put over 50s back to work 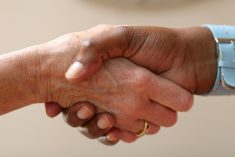 With unemployment for those over the age of 50 rising in the past few years in Switzerland, several cantons have stepped in to increase their chances of being hired.

The canton of Vaud is experimenting with some new projects in order to increase the chances of over 50s being hired.  One of which is using agencies like Pro interim to put them in temporary positions, such as filling in for people doing military service, people who have long-term illnesses, or women on maternity leave.

Measures have also been taken in Geneva, with the introduction of new bills at the beginning of this year.  The bills, called ‘l’allocation pont (APont) et l’allocation complémentaire cantonale (A50+),’ are being examined by the High Council Commission and aim to encourage people close to retirement to avoid returning to an unfavourable labour market and relying on social security.

These bills also put forth advantages employers could have in hiring someone over 50 years-old.  In some cases the canton will not only contribute a minimum of 40% for the first 12 months of initiation, but also a further six months is accorded for hiring a person of 50 or over.  This means a minimum of 40% of the employee’s salary being paid by the canton for a period of 18 months.

The canton of Valais also helps companies pay for wages for a period of two years, whereas in Ticino, the canton will contribute a maximum of CHF 500 for up to four years.

In Neuchatel, the canton will also help employers by contributing to the job seeker’s social security, and they pay particular attention to those over 55 by having them participate in courses that teach them how to survive financially in case they are unable to return to work – which they can participate in until they qualify for retirement.  The Public Employment Service in collaboration with Pro Senectute in Fribourg, have a Pro 50 programme that pairs job seekers over the age of 50 with a retiree who acts as a mentor to them.

German-speaking cantons have actively been trying to raise awareness on the potential of employing people over 50, and have mentoring programmes like Tandem 50 Plus; here they can make use of their experience and contact network to help a job seeker find employment.