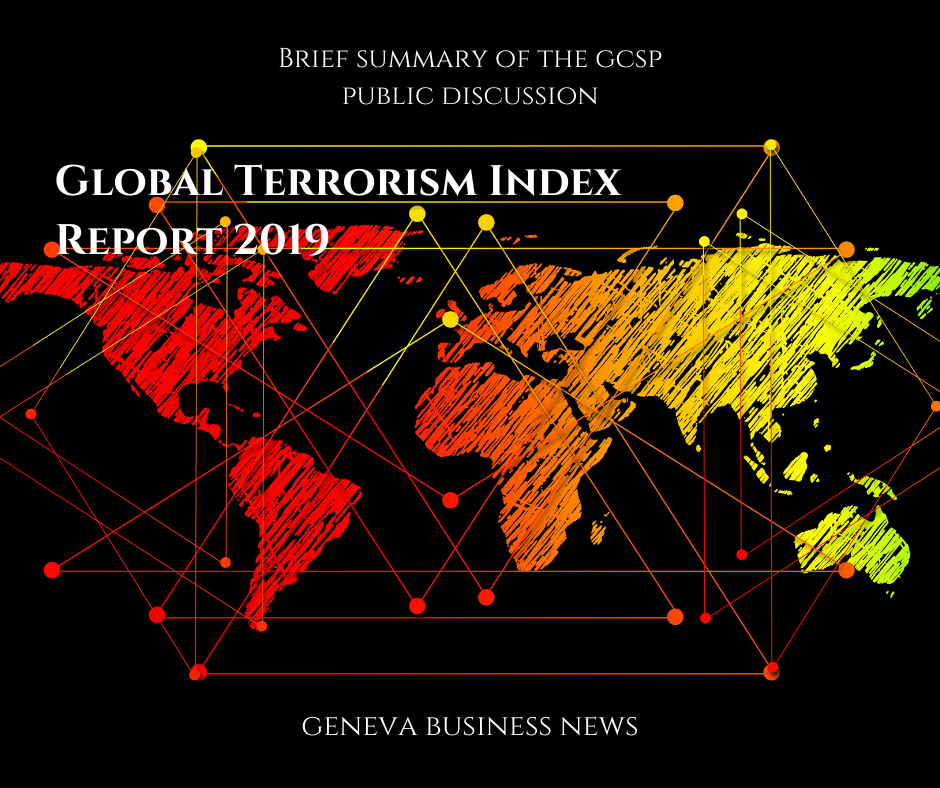 The Geneva Center for Security Policy, with the Institute for Economics and Peace, recently launched the Global Terrorism Index Report 2019 (GTI).

The report provides a comprehensive insight to better understand the trends and patterns of terrorism over the last 50 years.

Overview of the Global Terrorism Index

Since 2014, deaths from terrorism have fallen. The decline is mainly due to the military successes against the Islamic State of Iraq and the Levant (ISIL), and Boko Haram. Iraq is no longer the country most affected by terrorism. That unenvious position has now been taken by Afghanistan.

Countries most impacted by terrorism

Generally speaking, the global impact of terrorism has diminished. The report states that 98 countries saw an improvement on their GTI score against 40 countries that have seen a deterioration.

Terrorism is generally defined as the unlawful use of violence and intimidation, especially against civilians, in the pursuit of political aims. Defining terrorism, however, is not a straightforward matter. There is no single internationally accepted definition of what constitutes terrorism, and the terrorism literature abounds with competing definitions and typologies.

The main spur of terrorism is armed conflict. Indeed, countries involved in a conflict are more likely to experience terrorist acts within their boundaries. Risks are even greater if they have high levels of political terror, such as extra-judicial killings, torture and imprisonment without trial. There is also a high correlation between the intensity of conflict and terrorism.

The regions experiencing the biggest impact of terrorism are South Asia, Sub-Saharan Africa and the Middle East and North Africa (MENA). In general terms, however, nine out of ten countries most impacted by terrorism have seen decreases in overall terrorist acts. Nevertheless, the number affected remains high. The report also reviews the trends in terrorism among the far-right in the West, other forms of political terrorism, civil war, and gender and terrorism. 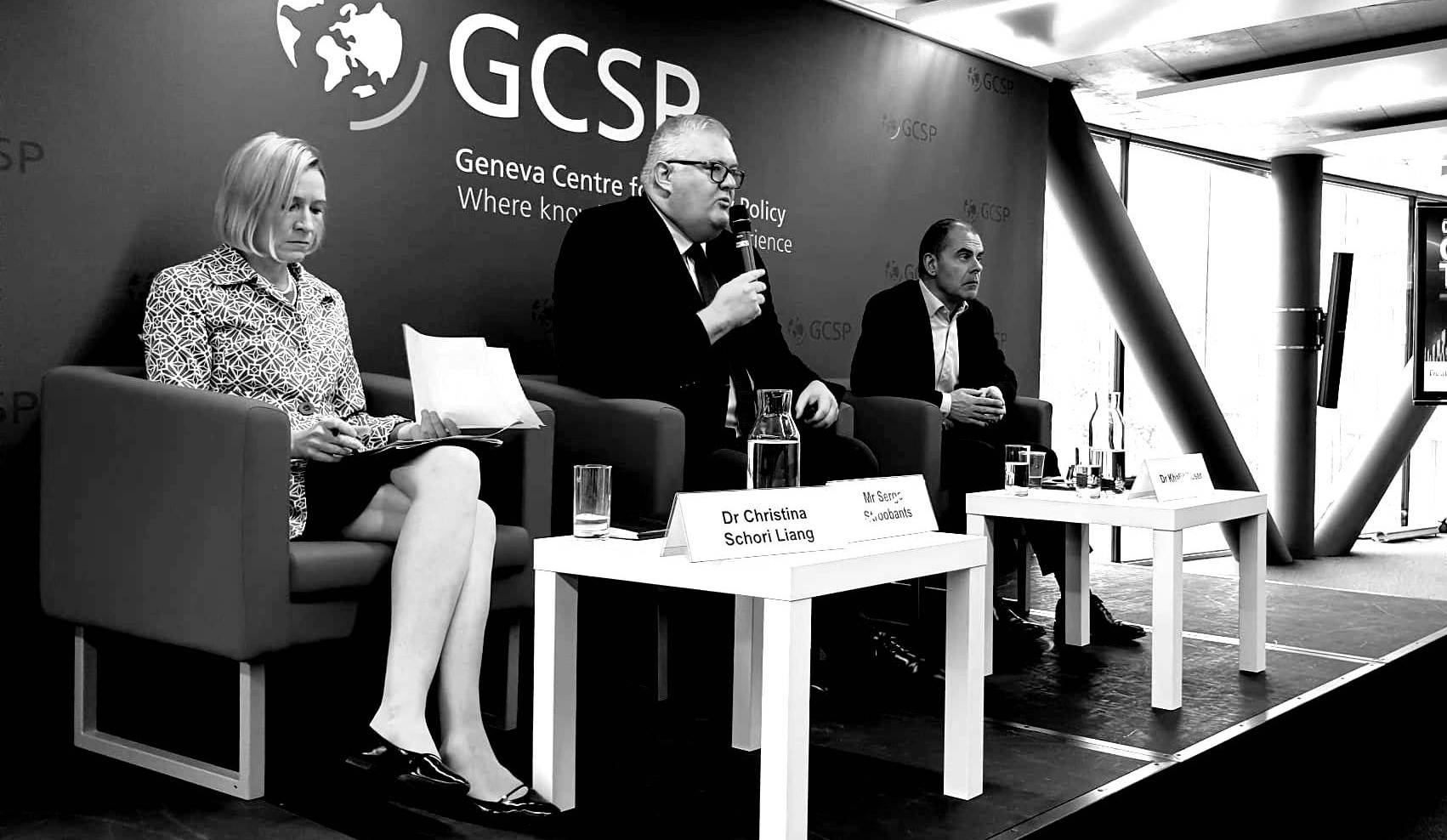 The challenge of terrorism

Dr Christina Schori Liang, Head of Terrorism and the PVE Programme at the Geneva Centre for Security Policy (GCSP), discussed the new challenges in the fight against terrorism. For example, the “global war on terror” has not had the expected effect. On the contrary, she said, it has increased international insecurity around the world.

With the explosion of the internet and new technology, extremist groups have increased their effectiveness and inspired new converts to their ideology. The increase of right-wing extremism and white-supremacy groups are increasing in Europe and elsewhere. “These groups will likely persist and grow, driven by ongoing conflicts, the racist and Islamophobic rhetoric of populist politicians worldwide and growing migration.”[1] Interestingly, extremist groups such as Salafi-Jihadism and far-right groups share the same commonalities. Namely, they both believe that the use of violence is legitimate in order to ensure their self-preservation.

Liang also reiterated the fact that the 21st century is offering many new technological opportunities to extremist groups. Indeed with the emergence of drones, social media and the Internet, terrorist groups have access to a wide array of ways to spy, collect confidential information or propagate their ideas to recruit new adherents. It is worrisome to note that states have lost their former technical monopolies.

Before the democratization of technology, weapons and high-technology were mainly in the hand of state armed forces. Now, buying drones, missiles, or even building improvised explosive devices has became much simpler.

According to Liang, one of the main goals of ISIL was not to start a global war, but instead to initiate a global civil war. By attacking western democracies, they wanted to destabilize them so they would use even more violence and adopt illegitimate norms to weaken their trust and legitimacy.

To fight efficiently against terrorism, states need to understand how terrorism conducts recruitment. “Counter-terrorism efforts, therefore, should concentrate on combating effective extremist narratives and their means of delivery via communication technologies.”[2] As stated by the former US President Franklin D. Roosevelt the real enemy of the society is hate and its best weapons are solidarity. The international community needs to reunite and work together in order to overcome terrorism and to break the cycle of hate. It is necessary to create a new global partnership among states for the sake of peace.

How to fight terrorism efficiently

Dr Khalid Koser, Executive Director, Global Community Engagement and Resilience Fund, briefly presented what he considered the best way to diminish the impact of terrorism. Prevention and resilience are two of the best strategies to fight efficiently against extremism, he claimed. It is important to engage local communities to understand and identify the main drivers that make people join extremist groups.

Helping the most vulnerable communities will give them an alternative path to terrorism. Prevention is essential, but so is the engagement with individuals who have returned from belonging to terrorist groups.

Driven by my desire to learn and understand international issues, I oriented my studies towards International Affairs, an academic background which required an analytical mind and helped me sharpen my communication skills in English and in French.

I have always wanted to help others; so, I headed for humanitarian and international organizations. As a project coordinator for diverse NGOs, I learned how to plan, organize and implement projects. During my internship at the Geneva International Peace Research Institute, we launched an international conference with researchers from all over the world. I had to take care of the logistics of the event and to manage my team. I also did the accounting of the event and booked all their flights and hotels for the participants. I had to multitask to meet tight deadlines. My versatility and my resistance to pressure allows me to find solutions quickly.

Now, I want to evolve in a stimulating environment and continue putting my skills to work for others. Rigorous and methodical, I am committed to always performing the tasks assigned to me with the smile that characterizes me