The impact of the US trade war on Switzerland 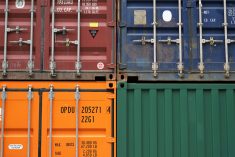 In January 2018, the United States placed a 30 percent tariff on foreign solar panels, with the threat of more tariffs to follow, especially targeting Chinese exports.

True to his word, in March this year, the US President imposed a 25 percent tariff on European steel and aluminum exports to the US.

In order to avoid a trade escalation, the President of the European Commission, Jean-Claude Juncker, and President Trump agreed to work towards zero tariffs on industrial goods between the EU bloc and the US.

The impact of US trade conflicts on the Swiss economy

According to the Federal Department of Foreign Affairs (FDFA), the combined trade volume between Switzerland and the US was CHF 100 billion in 2017. This trade volume is split evenly between the two entities.

So far, however, US tariffs in 2018 have not directly affected Swiss exports.

Furthermore, the 25 percent tariff on European steel and aluminum will have no immediate impact on Switzerland.

The China-US trade conflict is, however, affecting the world financial markets. The Swiss State Secretariat for Economic Affairs (SECO) stated that the resulting volatility could strengthen the Swiss Franc, which may negatively affect Swiss exports because they will become more expensive to buy.

The trade-to-GDP ratio is an indicator of the relative importance of international trade in an economy. The higher the ratio, the more vunerable a country is to a trade conflict.