The Importance of a Manager’s Influence on Employee Performance 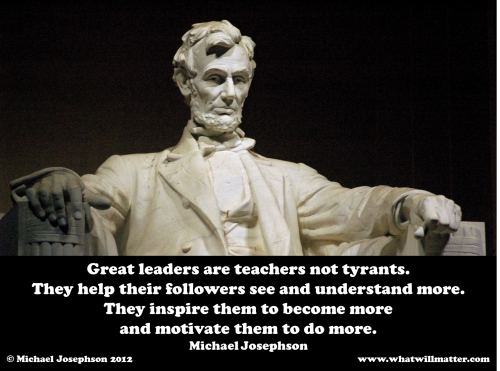 Often times, employee reviews are based on their competencies, aptitudes, and ability to perform the tasks assigned. Of course, an employee has to perform at the expected level and should always try to meet the expectations of his or her employer. However, an important factor that affects employee’s performance, but one that is usually left out when evaluating employees, is a manager’s influence on the employees’ performance.

An employer’s decision for hiring a candidate for any position is based mostly on five key elements: education, experience, soft skills, confidence and personality, according to Lisa Mooney, an experienced editor for smallbusiness.chron.com, an online business publishing company. It is true that these elements are found in most job’s descriptions. However, the question remains: are they sufficient for guaranteeing an employee’s performance once hired?

Many experts agree that an employee’s performance could be at peak capacity or as low as zero depending on the work environment, the manager ability to motivate, train, reward, provide constructive feedbacks and lastly the overall culture and morale of the organization in which she or he is involved.

A manager who empowers, motivates, reassures, trains and rewards his or her team for a job well done will likely be managing a solid group of people whose loyalty and commitment to the job boost the strength of the team. However, a manager who constantly focuses on the negatives rather than seeking for opportunity for improving and developing the people that he/she manages will have nothing more than a team of disgruntled workers who dread coming to work. In other words, an employee’s performance and attitude is greatly influenced by the type of management that is in place and the work environment.

According to The Facts of Business Life: What Every Successful Business Owner Knows that You Don’t by Bill McBean, being a leader forces one to analyze his or her  own strengths and weaknesses, as well as those of the company, and enables one to develop a good sense of reality. Being a leader also means defining and exhibiting moral and ethical courage and setting an example for everyone in the company. It enables one to recruit, hire, and promote employees who demonstrate leadership abilities. Leaders who communicate well are those who not only share their thoughts with employees, but also let their strength and personal character show through in their communication, and empower those who work for them by defining the company’s goal and showing how to get there. Bill McBean concludes that if a manager is able to reflect these few qualities, then according to him, a Leader is born.

When a company has employees who are motivated and consistently deliver quality results, it is not just because the company hired qualified candidates. It is also because of efficient managerial techniques that enhance performance used by the leaders. Moreover, the company’s culture, consistency and clarity in its processes, policies and guidelines, and the employees’ willingness to contribute to the organization’s success also have a major impact on productivity.  However, leaders who materialize organizational goals and company visions through efficient leadership should not be left out of the picture when evaluating employee’s performances. They, too, should be praised for the excellence of their teams, because the results obtained are the fruit of their ability to efficiently develop and manage the powerful force of human capacity.