The nationwide strikes against pension reform have continued into their seventh day. With

The personal assistant in history 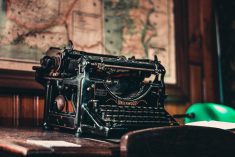 Women did not have a significant presence in the workplace before the mid-19th century. It was believed that women – especially if they were from the middle or higher classes – should not work at all. For this reason, office administration was primarily done by men.

With the invention of the typewriter in the 1860s, things slowly started to change. There were more and more women being brought into the secretarial world as it opened up high-paying stenographer and typist jobs for women as an alternative to working in the factory.

In the years that followed, fewer men wanted to work as a secretary or personal assistant because the expectation was that the position was better done by women.

The Second World War created a big void in the job market because men were generally sought for fighting at the front. It further strengthened the notion that women should take charge of the administration and the running of an office, even though they were pushed aside in other employment areas when the war was over.

Always there to assist

We can assume, despite the fact that there is little written information about it, that personal assistants have always been around. Throughout history, they have been around supporting emperors and kings, directors and ambassadors, and businessmen and businesswomen. They have become an indispensable part, and the center of, business in the modern era.

Some famous personal assistants include:

Photo by Kristina Tamašauskaitė on Unsplash

I am first and foremost a creative PA. Why? For two reasons. I have the ability to build and develop relationships based on mutual trust. It is about communicating not just with person I am supporting directly, but with the circle of contacts and networks I need in order to be able to do my job well. As well as this, as every day is different and when a plan A doesn't work, I have the flexibility, resourcefulness and confidence to research, analyze and then propose alternative concrete solutions to make sure my manager is satisfied.