The rate of unemployment in Spain has fallen for the first time in three years, down from

The tropicalist mind revisited : An invitation to cannibalism 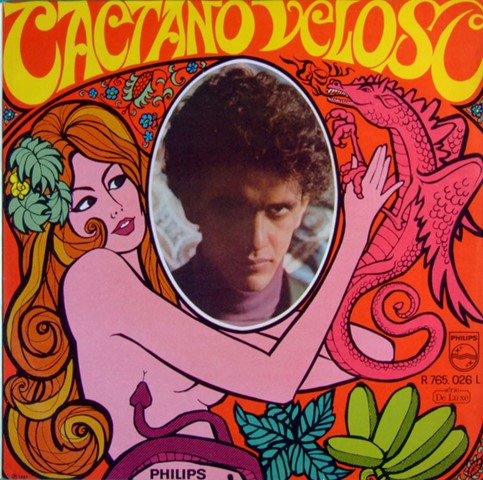 Borders somehow define us. We welcome them as they provide a sense of familiarity, of belonging. Nations – the guardians of borders – are one of the most commonly accepted of such concepts of inclusion/exclusion. They speak of concrete physical delimitations, but also of traditions, the repetition of behaviors, the rootedness of cultures, the recognition of self in relation to a place.

Despite this reassuring familiarity, today, given the globalized character of our world, building our identity with and through borders seems to be an increasingly polarized enterprise. The simultaneity of our modern interconnectedness has created a kind of world civilization, with a shared planetary and environmental consciousness that brings the idea of borders into question.

On the one hand, the recognition of such unity helps dilute frontiers and make conflicts of exploitation, expropriation, and domination more relatable; the tensions between the center and the periphery become clearer. But, at the same time, this also creates room for identity crises, which may be the catalyst for nostalgic or intolerant regionalism and nationalism. On the other hand, if we take empathy – the recognition that to understand others we must assimilate their mental state – to its limit, we get to the point in which, as philosopher Paul Ricoeur put it, ”the question of fidelity is raised: what happens to my values when I understand those of other nations?[1]

A compelling example of how to face this dilemma was given by a group of artists and musicians who in Brazil, during the 1960s, tried to meld popular culture and traditions with foreign influences and styles, through a movement that became known as tropicalism[2].  Borrowing the name from an installation by plastic artist Hélio Oiticica, they confronted the stereotypical external view of Brazil as a hot, colorful, and fruity[3] country which, internally, was increasingly propelled towards a binary choice of becoming either American or provincial.

The conceptual basis for the movement was both Oiticica’s self-deprecating comment on Brazilian culture and an impactful text written by the poet Oswald de Andrade in 1928: the Anthropophagic Manifesto.  In this provocative manifesto, Andrade took the historical episode of the assassination of the Portuguese bishop Sardinha – supposedly eaten by the cannibal Tupi people at the beginning of the colonial period, in the 16th century – and hailed it as the founding element of Brazilian culture.  Metaphorically, he sustained that cannibalism was at the heart of how the nation’s identity was formed and that it was this process of devouring and digesting the European, African, and indigenous cultural matrices that allowed a new Brazilian identity to be created.  Andrade started the manifesto by cannibalizing himself the famous Shakespearian interrogation: Tupi, or not Tupi, that is the question[4].

The tropicalist movement embraced this radical invitation to critically assimilate foreign experiences and international influences as a way to resolve the American/provincial dualism.  In musical terms, this meant accommodating the political spirit of protest songs and revolutionary activism – particularly vigorous after 1964’s right-wing military coup – with the more romantic, sophisticated but somewhat politically passive Bossa Nova style and, at the same time, the imperialist import of rock n’ roll and ié-ié-ié music which, to some, symbolized a capitulation to the penetration of the mass-culture industry[5].  The result was an alchemic amalgamation bringing together João Gilberto, cool jazz, Dorival Caymmi, the international style of Niemeyer’s Brasília, Ezra Pound’s Cantos, the poems of Mallarmé, the Beatles, the Mothers of Invention, James Brown, John Lee Hooker, The Doors, Pink Floyd…[6]

Eventually being themselves culturally assimilated into a greater movement – that of the Música Popular Brasileira (MPB) – the tropicalists were nevertheless successful as a dissonant voice that produced a political statement which put in check both the right-wing patriotism of the military government and the nostalgic nationalism of an anti-imperialist ideology nurtured by a specific sector of the urban bourgeoisie.  Their manipulation of figurative language and subliminal messages worked as a way to resist not only censorship but also the mythification of a sublime and superior Brazil.  In the words of one of the spearhead figures of the tropicalist movement, Caetano Veloso, the goal was to produce an “aberrant monument-song” that would be erected to celebrate their pain, their delight, and their ridicule, in a way that could rival another aberrant monument being simultaneously built at the time: the new capital of Brasília, a symbol of broken promises and paltry revolutions that had turned into caricatures of themselves.

Throughout the military dictatorship (1964-1985) the repression of Brazilian society turned music into arguably the most politicized of the cultural fields.  This political commitment led many leading musical figures to be persecuted, imprisoned, or forced into exile, but the anthems they created – such as Caetano Veloso’s “Alegria, Alegria”, Gilberto Gil and Chico Buarque’s “Cálice”, Chico Buarque’s “Apesar de Você”, Geraldo Vandré’s “Caminhando”, Zé Keti’s “Opinião”, among many others – remain as a testament to the vibrant atmosphere of the epoch, a time during which being apolitical was not an option.  As Caetano recalls, “the talks and hostilities between different groups were motivated by the political positioning of an author, by the degree of his fidelity to the nationalistic inclinations, by his harmonic arrangement or rhythm.  In a way, it was a luxury that it was like that “.[7]

The luxury Caetano alludes to is, after all, nothing more than the luxury of actively participating in the act of exercising one’s citizenship.  Given that the compositions that flowed from these confrontations dealt with the basic social relations of production – and that in its essence their systems of control remain largely unchanged – it is not surprising that these songs managed to retain their political significance.  Today, one can see them once again being revisited and used as a way to resist and protest against the right-wing populism of Jair Bolsonaro’s government.  The tropicalist lesson remains as vital as ever.

As they so well determined, our contemporary condition contains within itself the vivacious energy to propel us towards an ethos of re-enchantment, in the direction of new utopian post-border communities of trans-historic character, surpassing all xenophobia and conversely transforming a region through tourist activity.  Their testament is, in the end, no more than an invitation to sustain a passion towards what is foreign, towards the other, as an anti-nationalist act of non-conformism before the commodification and folklorization of life, while at the same time maintaining a constant critical stance to help establish non-subordinated cultural, social and economic exchanges.  A conscious act of self-estrangement that might allow us to constantly find the other within us by accepting and supporting the belief that interdependence, communication (and contamination) is possible and does not necessarily represent a threat.

For the tropicalists, the central goal was to make “Brazil exotic for both tourists and Brazilians alike”[8].  A struggle whose purpose was not to produce a vague syncretism but to develop a social, political, and economic conscience, combined with aesthetic, existential, and moral requisites.  As the poet Jorge Luis Borges proposed, such an attitude – by surpassing all questions and fears of cultural dependence – might give birth to new traditions that ”create their own precursors and modify our conception of the past which, in turn, will allow us to modify the future[9].  From there onwards the challenge, as the tropicalists remind us, is to resist one of the greatest problems of the vanguard, which is its dubious disposition – stemming from its intrinsic ambition – to establish itself as a new norm.[10] 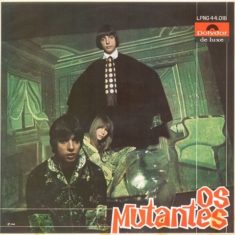 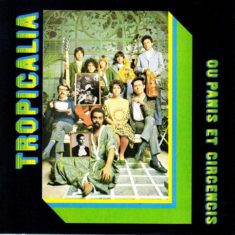 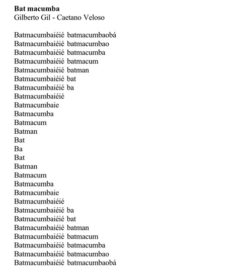