131000 jobs were lost in July, the second successive month in which the employment figures

The use of recreational drugs in therapy 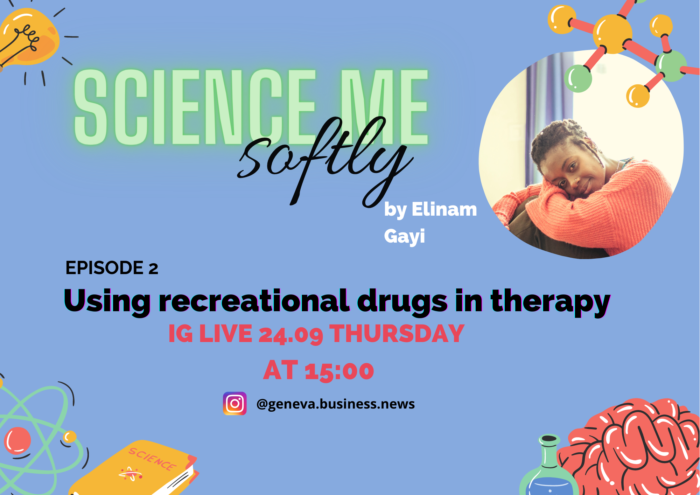 Thursday 24 September at 15.00, our resident scientist Elinam Gayi is hosing an IGLive talk on the use of recreational drugs in therapy. Elinam is a young scientist who takes scientific research and presents it in an interesting, engaging, and accessible way.

The Origins of Ecstasy

MDMA – commonly known as Ecstasy or Molly – is a mood-altering drug that was first synthesised by German scientists in 1912.

It was noted to have some interesting psychoactive effects; however, it wasn’t until later that any proper research into the drug would take place.

In the 1970s, it was used by psychiatrists who noted that it made their patients more willing to participate in psychotherapy. Reports were also spreading about its psychedelic effects, making it popular on the rave scene. As a result, and as part of the “war on drugs”, the USA classified MDMA as a schedule 1 drug in 1985, effectively making it illegal. It meant that they believed it to have a high potential for abuse and no real medicinal value.

The non-profit research and educational organisation called the Multidisciplinary Association for Psychedelic Studies (or MAPS for short) was founded in 1986 to not only develop psychedelics into prescription medication but also to educate the public about the risks and benefits of such use. They have since been at the forefront of the research into MDMA-assisted psychotherapy for the treatment of post-traumatic stress disorder (PTSD).

PTSD develops in people who have experienced shocking, dangerous, or traumatic events. People suffering from PTSD will often feel stressed, frightened, and on high alert even when they are not in danger. Currently, treatment for PTSD involves a mix of medication and psychotherapy. However, at least 58 percent of patients do not recover completely. MDMA-assisted therapy not only reduces anxiety and fear during psychotherapy but it also makes patients less defensive. Ultimately, individuals are able to emotionally engage with their traumas in a safe environment, increasing the chances of recovery. In fact, in just 2-3 sessions of MDMA-assisted therapy, 67 percent of patients no longer suffer from PTSD.

PTSD is said to affect three to four percent of the general population. With the ongoing pandemic, these numbers are set to rise, and current treatments are not effective enough (at least not for everyone).

MDMA acts like a catalyst that influences the psychotherapeutic process; it is not a stand-alone drug. But what is amazing is that a few months after therapy, PTSD appears to be gone.

And that is what we should be aiming for – to cure patients.

For a live discussion on recreational drugs and therapy, visit us on Instagram @ geneva.business.news Thursday 24 September.

Medcan: A Voice for Cannabis by Sebastien Naville

Science concerns all of us and I can help you communicate about it.
I am a scientist who can take your data and present it in an interesting, engaging and accessible way. Whether it be through writing an article, preparing a poster or simply an oral presentation, I can contribute to scientific expertise by presenting to experts or increase awareness of current research by presenting to the general public.
In addition to being a scientist I am also a photographer, which means that I like to look at things from different perspectives, and this makes everything a lot more fun!