They tried to bury us, they didn’t know we were seeds 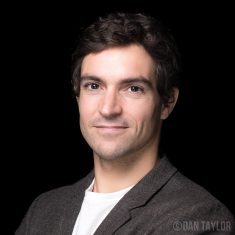 They tried to bury us, they didn’t know we were seeds.

Seedstars World (SSW) held its grand final of the sixth edition of the Global Seedstars Summit in Lausanne on April 5. The Swiss organisation’s largest startups competition – for those who impact people’s lives in emerging markets by combining entrepreneurship and technology – awarded ‘Blended‘ as the Seedstars Global Winner 2019. This EdTech startup is the leading school platform in Latin America improving communication between schools and families with simple technology. Federico Hernandez, CFO and founder, won the most prestigious prize dedicated to emerging economies’ startups and received $500,000 in equity investment and unique growth opportunities.

During this inspiring event, we took the opportunity to ask the CIO of Seedstars, Charlie Graham-Brown, a few questions about the organisation and the competition.

Graham-Brown, an engineer by background, converted to finance through an MBA. He was in the traditional financial industry before quickly switching into impact investment, working at that time with BlueOrchard Finance, across Africa, the Middle East, and Asia before starting his own company.

Finding myself at home

He explained that the traditional financial industry – investing in companies and developing markets -was not appealing. “I really found myself a lot more at home when working in impact investing with my first role in emerging markets with BlueOrchard, which kept me really interested and excited.”

Bitten by the entrepreneurship bug

Now belonging to the “visionaries” type of entrepreneur, Graham-Brown started thinking about a plan to change his life by turning his ideas into reality.

The future of technology is in Emerging Markets.

With over 80 percent of the world population in Emerging Markets (estimates reckon that around 70 percent of future world growth will come from developing economies), Graham-Brown felt “at home” working in this part of the world, and decided to find innovative ways for emerging markets to embrace the use of technology. He wanted to understand why “technology was not growing in emerging markets,” which abounds with a huge variety of investment opportunities.

Mix creativity to any concept

Graham-Brown was trying to identify methods that need to be improved creatively in developing economies: “I realised that Seedstars was building something that fit exactly what I wanted to do – emerging markets, entrepreneurship, and investment. And they added this angle to impact investment, becoming a driven Tech focus approach. This is really what Seedstars is made of, a merge of Tech and impact investment”.

Graham-Brown joined the team a year after the foundation. “I have been part of it ever since, we all contributed to a great deal, it has been a lot of effort, but it is good teamwork, driven by a strong vision, strong mission and lots of passion about it. I think it’s our life, it’s our pride, it’s our joy”

Conventional wisdom says that 90 percent of startups fail in the five first years. Seedstars’ data says otherwise. “This is our 6th year, essentially meaning 5 years from the first batch from which 65 percent of startups are still operating. Obviously, they were “la crème de la crème”, meaning the best ones […] at that 2013 edition”.

Failure is the key to Success

He explained how important it is to make experimentation part of the startup culture since the main idea is to build new business models.

“Being risk-takers, entrepreneurs will always have the motivation and passion to get out of the box .”

Startups life span statistics are not particularly meaningful and the average success rate of tech startups varies according to the different stages of development. A startup can end due to a variety of causes, financial challenge being one of them according to Graham-Brown. “Whatever the number of failures is, it is needed, [….] Entrepreneurship and innovation is about experimentation, it’s about trying to find the models that work, and unfortunately you need failure for that! Most of the 90 percent stated refers to the early-stage startups when risks and losses are particularly high. At a later stage when there is not much capital involved the failure rate is low.” 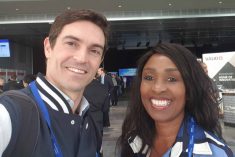 Your correspondent with Charlie at #SeedstarsSummit2019.

Concerning the future of the organization, his vision of Seedstars for the next five years includes:

Graham-Brown emphasised the strong group culture, saying “I hope we’ll never lose that! A young driven organisation really trying to make the difference for entrepreneurs in the emerging markets is at the core of what we do”.

We asked Graham-Brown to conclude with a few points defining Seedstars:

”If you think about entrepreneurship, emerging markets, and technology, then Seedstars should be your solid go-to-point.”

The collaboration of Seedstars’ organization with creative and goal-oriented people all over the world is contributing to making positive changes in tomorrow’s future. This young driven organisation knows its cultural DNA, allowing it to develop a common set of values, keeping everyone engaged.

With my experience in high-level administrative support, human resources and accounting in trading and finance companies, I have the skills to look after all your back office needs. I am motivated to help, to contribute and actively build constructive links between different departments to nurture team spirit.

I have always had an entrepreneurial mindset and learn quickly. Now, I am discovering how this mindset can be applied in the field of sustainability and socially responsible business activities and am very interested in how collective intelligence, through collaboration, can be used to transform an idea into a structured project.