Think-tanks: from isolation to collaboration

Technological disruption will leave no stone unturned, or so we are constantly told. It certainly seems so in the realm of knowledge. Changes in the way we create and consume information have already decimated traditional journalism and reshaped public communication. Can think-tanks – traditional bastions of slow knowledge and research – survive the shift? 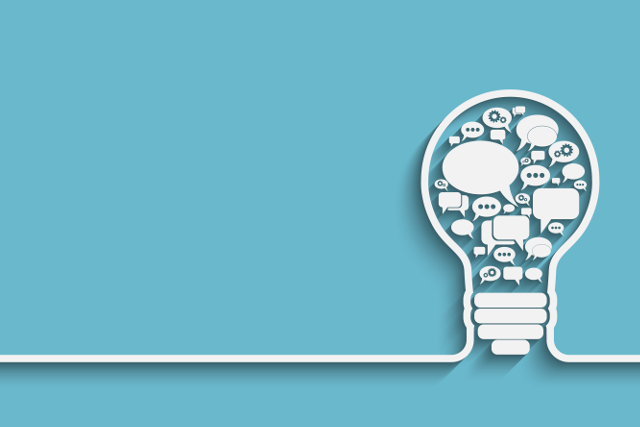 It is tempting to see in these monoliths of careful investigation a prime target for digital upheaval. In an era of short attention spans and tweet-sized messaging, the weighty reports which have traditionally been their output can seem obsolete. In 2014, the research arm of the World Bank revealed that over 31 percent of its papers had never once been downloaded. Driven by day-to-day crises and public moods, policymakers want quick fixes: there is no time for ‘oh, on one hand this, on the other hand that’, as Malcolm Tucker put it in BBC’s The Thick of It.

But ‘disruption’ and ‘innovation’ can also be Trojan horses for superficial reshaping, rather than fundamental change. Despite some obvious adaptations, such as the use of social media or the production of snappier, more accessible policy papers, the fundamentals of think-tanks have not been shaken. If some of the smaller ones have suffered to maintain influence and funding, long-established giants such as Carnegie, Brookings and Chatham House have maintained the model: a large staff in a fixed location, preparing papers, conferences and education modules with the goal of influencing policy.

This same trend remains largely the case in Switzerland. Though the nature of think-tanks here is slightly different – less mediatized and more issue-focused – recent years have not seen a radical overhaul of how they operate. Institutes such as the Democratic Centre for the Control of Armed Forces (DCAF) and Swisspeace rely more on commissioned projects, often by governments, than on regular publications. Revenue streams and methodologies are thus steadier. For a think-tank like the Centre for Security Studies (CSS) in Zurich, affiliation within a structure like ETH University gives it a firm grounding.

That said, some parts of the Geneva bubble have begun to experiment, whether from necessity or choice. Recognizing the power and increased reach that large communities can bring, several have focused on network development and collaboration in recent years. The World Economic Forum, though in essence a high-level membership club rather than a think-tank as such, was a forerunner. Its ‘Network of Global Agenda Councils’ gathers over 1,000 ‘experts’ and leaders from every field imaginable to discuss solutions to the biggest questions of our time. It is not deep research that counts, but rather the cross-pollination of ideas that comes with virtual (and sometimes physical) interaction.

The Geneva Centre for Security Policy (GCSP) has followed, complementing its model of research and training by building a large ‘alumni network’ of former fellows and students. In the LinkedIn era, connections are as valuable as content. Being associated with a global network of high-level figures gives substance (however shallow) to the brand. More radically, Foraus, a relative newcomer on the Swiss scene, has recreated this from the bottom-up: its small staff coordinates and publicizes content, which is produced by a large affiliated network of young Swiss researchers and professionals. As opposed to the classic elitism of think-tank practices, it makes an explicit effort to leverage ideas from across the country, all the while providing a platform for young professionals to showcase their work. What it lacks in funding and physical presence, it makes up for with a flexible approach to project financing and content creation.

From a resource allocation and outreach point of view, this move towards innovative collaboration is logical. However, in terms of the underlying philosophy and raison d’être of think-tanks in the democratic process, does it change anything? Is there a danger that a focus on networked ideas and visibility could dilute the substantive research which think-tanks bring to public knowledge? Sybille Lang, a researcher at GCSP, agrees that resolving the tension between quick impact and thorough analysis will involve more collaborative forms of exchange. But, she finds, this will only be useful if the collaboration is ‘based on real world problems’ and in formats ‘which promote real dialogue’.

There is also a question around what exactly constitutes an expert: who is worthy of inclusion in such networks and does this depend on their title or on their knowledge? Like the Internet in the 1990s, the implicit direction of collaboration is towards the democratization of knowledge and the inclusion of a broader range of ideas. Yet, paradoxically, the echo chambers which social media produces can in fact lead to a self-reinforcing network of like-minded personalities, rather than a truly diverse community of ideas. ‘Independence’ can prove a chimera for networks that begin expanding according to their own logic.

Ultimately, the question is whether such collaborative experimentation is really a radical departure, or simply the old repackaged as the new. Think-tanks have always grappled with the issue of who to affiliate with and how to maintain independence. And in the race for more reach, traditional institutes like Carnegie have also expanded their network by physically establishing subsidiary offices around the world. Changing the means may not always mean changing the ends; but it does create a lot of noise. Should we expect more think-tank reports on the future of think-tanks in the coming years?

Writer, journalist and researcher driven by how we understand and communicate knowledge. A background in media and international relations and a desire to show how policy impacts society. In the information era, more than ever, how a story is told is not just a detail but defines the story itself.