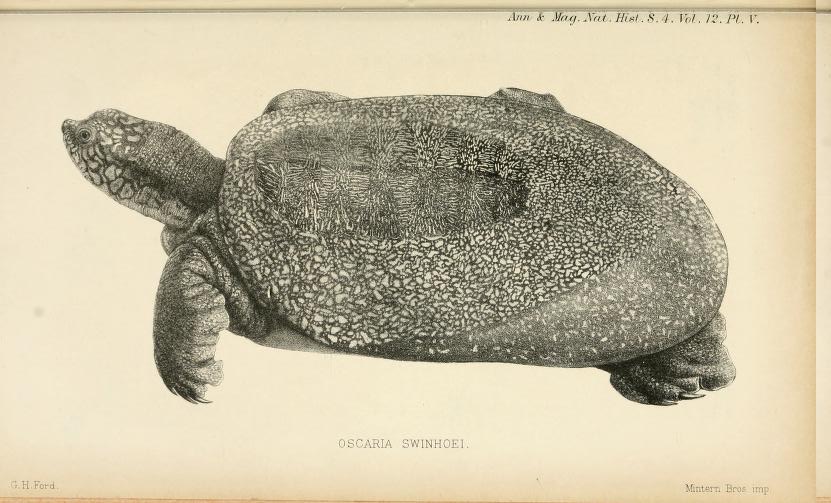 One of the remaining four Yangtze giant turtles died last month in the Suzhou Zoo in southern China.

She was over 90 years old. Just before her passing, zoo staff and international experts attempted to artificially inseminate her with the hope of bringing the species back from the brink. The cause of her death is being investigated and her ovarian tissue was taken for future research.

This rare and endangered species (whose scientific name is Rafetus Swinhoei) is a victim of hunting, overfishing and habitat destruction.

One male turtle, who is estimated to be over 100 years old, still lives in the same zoo. Two other turtles of the same species still live in the wilds of Vietnam, although nobody knows if these two are female or male.