Unleashing Blockchain: An Insight into its Present and Future 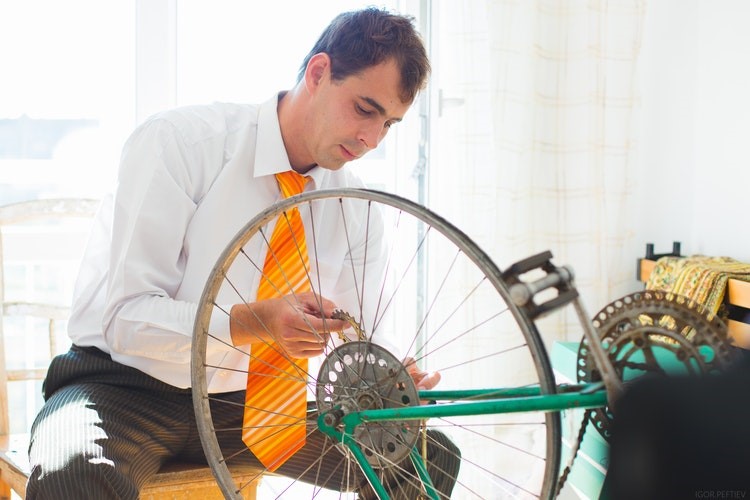 Blockchain was invented in 2008 by Satoshi Nakamoto to serve as a distributed but not copied ledger for digital currency transactions. Nowadays, the use of blockchain is reaching far beyond the trading of digital assets such as cryptocurrencies and bitcoins.

Blockchain is a virtual P2P connection of nodes (such as computers or any other electronic device) connected to the internet verifying various transactions that create a new block of data adding them to the existing ledger via a process of authorized access and validation steps. This expands the overall blockchain in a permanent and unalterable way, completing the transaction.

The blockchain network is decentralized. An authority such as a central bank does not determine the supply of the verified transaction.

Blockchain creates a transparent and immutable history of meeting points or transactions between A and B, has no transaction cost and does not require an intermediary. It eliminates the need for third-party transaction fees, nor the requirement for a third party platform that matches buyers and seller.

Blockchain and the economy

What does all this mean when applied to the business environment? Blockchain technology could drastically alter the existing market structure and its players, as well as the economy.

Spotify for example, that acts as an intermediary between artists and subscribers, could eventually lose its market share if the artists decided to store their music on a blockchain iCloud based infrastructure directly charging subscribers for listening to their music. This would render Spotify’s business model obsolete.

Similarly, companies like Uber who use their platform to match drivers to clients could lose their market share if the communication between drivers and clients was directly performed over a blockchain platform. This technology could also potentially disrupt companies like Amazon if the dealer shops, through marketing,  communicated directly with the clients over a free blockchain platform to sell their products and perceive their respective fees. OpenBazaar currently uses a blockchain platform allowing free of charge connection between dealers and clients. This creates an incentive for dealers to offer 100 percent client satisfaction as the history of blockchain is immutable and permanent.

Banks could implement this technology in their client’s product and service delivery offerings through the execution and settlement of major transactions (payments, securities settlements,  loans, etc.)

It further allows for the creation and use of smart contracts or agreements between parties, activated with access keys to transfer anything of value without the use of an intermediary.

As a result, transaction fees could be eliminated thus reducing the banks’ revenues and profits.

SIX ( Swiss Stock Exchange) recently announced plans to move the trading of equities onto a blockchain system.  SIX CEO Jos Dijsselhoff states that “the biggest plus of such a solution will be the gain in time. The actual trade of a stock today takes less than a second.  But the actual settlement in the back office can take up to two days to complete”.

This could potentially eliminate the bank’s higher fee schedules in equities trading as buyers and sellers would be matched directly via the SIX blockchain platform, the bank thus serving only as a custodian and depository for the stock.

Blockchain can reduce costs and save time and energy when applied to day-to-day banks routine tasks and transactions.  For example, same bank departments working on settling securities transfers could coordinate and remotely meet on a common encrypted platform with video streaming capabilities and exchange data while viewing and working on the same project or client account simultaneously eliminating the need for exchanges of emails, paperwork, and internal mail.  Similarly, two different banks with two separate physical back office departments could meet on the same platform, carry out identical tasks, and allow for project completion.

Blockchain offers solutions with the potential to disrupt existing protocols and procedures used in banking today such as SWIFT, a regulated globally used by financial entities for decades, platform.

While blockchain technology is in its early phases of development, implementation, and regulation, SWIFT carries a guarantee of security and reliability despite being slower and less technologically advanced in comparison with blockchain platforms.

SWIFT recently adjusted to digital demands of the time by creating a Corporate Global Know Your Customer platform or KYC Registry, a key step to streamline bank payments via correspondents-whereby its platform bank members can upload their respective client KYC’s and share them with correspondent banks, reducing processing time and speeding up payments-an innovative step key to ensuring its survival.

Adoption to be a new standard?

At the Annual Media Conference on 27/03/2018, FINMA CEO Mark Branson explained FINMA’s view on the digitalisation in the financial industry:

“Innovation cannot be prescribed by the state – the industry itself has to step up and innovate. But we as a supervisory authority do have a role, in ensuring that the regulatory framework makes technological advancement possible. This does not mean orchestrating innovation. It means removing barriers to entry for the sake of healthy competition.”

“However, encouraging innovation does not mean that we are starry-eyed. Digitalisation and innovation in financial services entail new risks or familiar risks in new guises. Our job is to identify and monitor the risks, and where required, to step in. We are speaking, for example, about money laundering risks in blockchain technology, or the losses that investors might suffer in ICOs, and, in particular, cyber risks”.

“We recognise the potential that FinTech and blockchain technology offers to the Swiss financial services industry. We have repeatedly demonstrated our commitment to innovation. FINMA regulations is technology-neutral. In other words, we make no distinction between digital and analogue channels.”

Regarding the outsourcing of services of Swiss financial institution Vinzenz Mathys, FINMA’s spokesperson, says that the outsourcing of parts of the IT infrastructure to so-called cloud solutions currently concern the supervised institutions. He states that 82% of supervised banks have outsourced the operation of IT systems or parts thereof. He furthermore highlighted that FINMA has defined its supervisory practice on outsourcing for banks and insurance companies in a circular.