Stressing the need to control the deficit, Barack Obama has announced his budget plans for 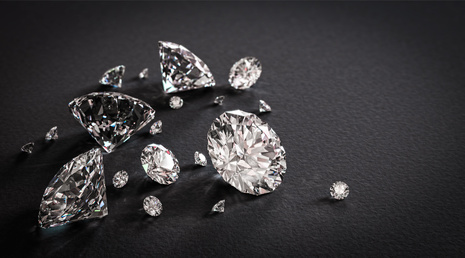 With some African countries the diamond business can be complicated and very delicate due, notably, to differences regarding the procedures from the seller countries and the Kimberley process [1] in general.

According to last month’s online publication, CREAMER MEDIA REPORTER, a request for proposals was issued for the audit of rough diamond stockpiles in the rehabilitating Central African Republic (CAR).

The condition is that the audit must be conducted under the supervision of the Kimberley Process monitoring team to ensure full transparency.

Another requirement is that it must be done in harmony with criteria set forth in the Kimberley Process’s operational framework agreement as well as the administrative annex on resumption of exports from CAR.

The selected auditor will be expected to report to the Kimberley Process’s monitoring team on results in a written report.

In the past, the United Nations has stated that landlocked CAR has for years experienced one of the most silent and forgotten emergencies in the world. The government has had little presence or control outside the capital after years of instability and a history of frequent coups and mutinies.

CAR’s recent history of conflict has seen ongoing mistrust between religious communities. The French forces that have helped to stabilize the war-torn region are steadily departing.

On a more positive side, we can consider this first approach as the wiling of the government to deal with the problems and put the country back on track. Starting with the adaptation of the Kimberley process, this will allow the commercialization of Central African diamonds in the majority of the world’s diamond markets. This will contribute directly to the improvement of people’s lives, and for countries like Switzerland, where the diamonds are very commercialized, it could be beneficial because it would mean one more supplier in the market.

Note : [1] Kimberly process: Is the process to stop the trade of diamonds from countries in military conflict and ensure that diamond purchases were not financing violence by rebel movements and their allies seeking to undermine legitimate governments.

Middle office administrator and business professional with a Bachelor in political sciences, fluent in English, French, Spanish and Portuguese. I enjoy finding solutions to operational processes, as well as maintaining solid and durable relationships with clients as well as colleagues. Trustworthy, curious and a very good listener, with work experience in international and stimulating environments.