Empire at the Gate: how Europe should tame China’s appetite 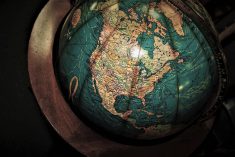 Chinese investments in Europe has soared to nearly $US 40bn in 2016 (almost double the amount in 2015) and its share of Foreign Direct Investments (FDI) in Europe rose from around twenty to twenty-five percent in 2017.

While this is good economic news for Europe and China, China is accused of using its substantial financial muscle to buy its way into European politics. For example: 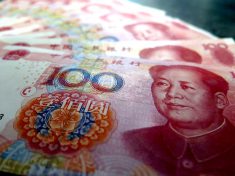 One way China has neutered the EU is by taking advantage of its need for unanimity in its decision-making process. By approaching one or two member states, China can easily block statements or actions it may frown upon, particularly regarding human rights.

As a result, others are now closely scrutinizing China’s growing influence abroad, fearing that trade deals may affect a country’s foreign policy.

China’s investment plans in Europe are mostly nothing but sensible, lucrative deals. However, where China seeks to infiltrate Europe’s political ranks via populist or xenophobic parties, China would actually profit more from stable trade relationships and ought to refrain from undermining EU sovereignty.

Similarly, while some consider China to be a useful counterweight to an unpredictable US administration, Europe still has far more to benefit from its common ties with America.

Therefore, while it may seem like a good idea to subject Chinese firms in Europe to the same restrictions that European firms face in China, it would actually hamper Europe from capitalizing on its strength as a permeable society and economy that can easily integrate beneficial foreign concepts and influences.

If Europeans are to reciprocate fairly with China as equals, several measures ought to be considered, such as:

America also has its role to play in Europe’s future by:

A meeting of minds

Moreover, an enfeebled and fragmented Europe will also likely intensify problems beyond its borders. It is therefore in the continent and the world’s best interest that the continent’s economic equilibrium with China be more carefully monitored.