History of Computing II: Monsieur Jacquard and his Magic Cards 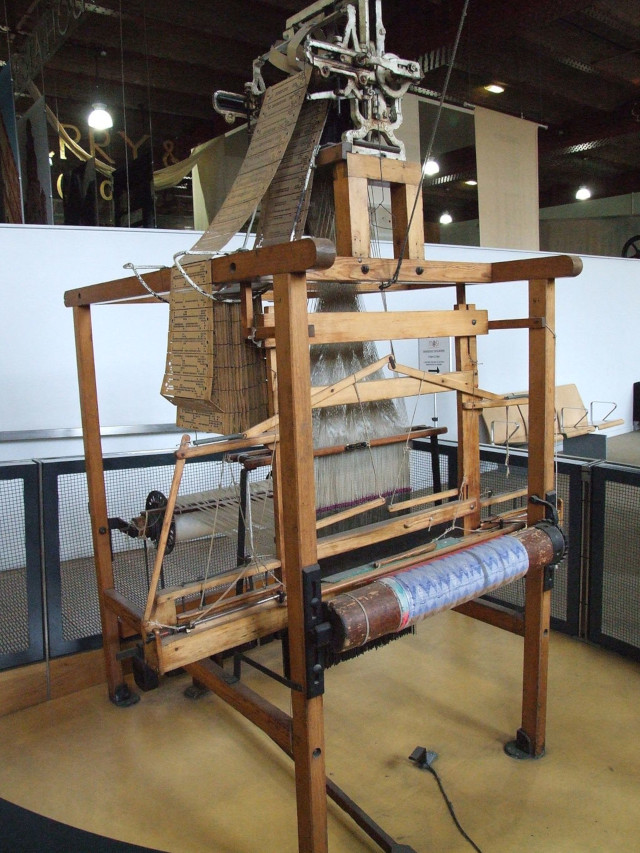 Joseph Jacquard developed a mechanism that would enable more complex patterns in cloth. It was a small but important step in the history of computing. Why read on…

Weaving cloth is a time-consuming and labour-intensive process. It also requires a very specific skill set. If one is trying to weave patterned cloth, the process becomes even more complex.

There is evidence that weaving dates back some 27,000 years. The process consists of two sets of threads at right-angles to each other. These threads are called a warp, for the longitudinal threads, and a weft (sometimes woof) for the horizontal one. The loom lifts some of the weft threads allowing the warp thread to pass. The weft threads are then pushed down using a reed, which resembles a giant comb.

If one lifts different elements of the weft at different times, it is possible to create patterns in the cloth. Naturally, this is a very complex process if done by hand, and early patterned cloth was sold for a premium.

Joseph Jacquard thought that mechanisation of the process would enable more complex cloth patterns. In 1804 he improved a machine that could be attached to a loom that would allow for extremely complex patterns and a better definition. 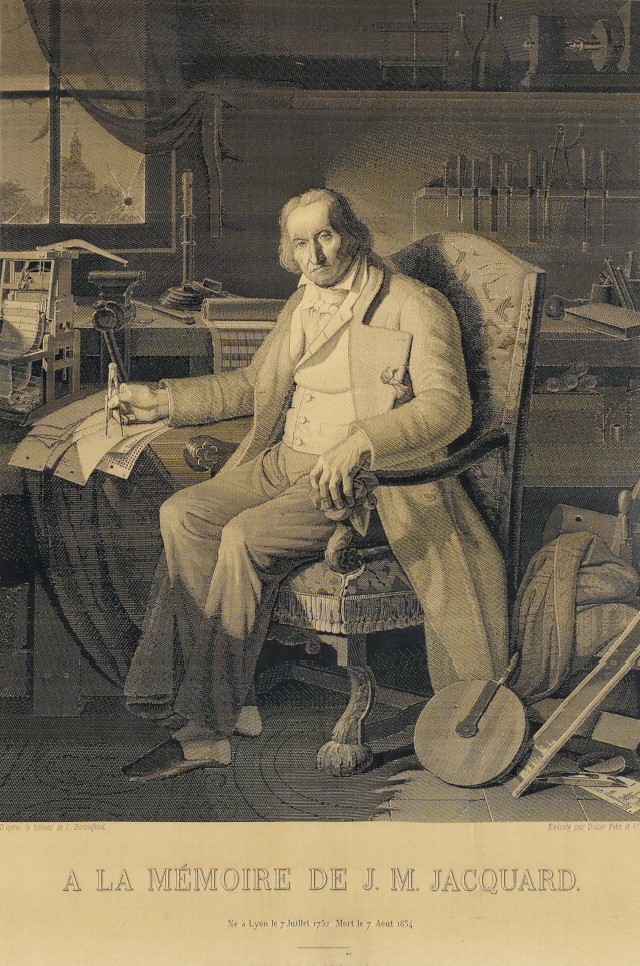 How did he manage this?

He used an early form of data storage – the punched card.

Another Jacquard innovation was the creation of loops in the cards to make repeated patterns.

How did the device work?

The loop of cards passes over a square box. The card is “read” by a collection of control rods, each one corresponding with a specific thread in the weft. If there is a hole in the card, the rod can pass through, otherwise, they are blocked by the card. If the rod is not pushed in, it raises a hook on the weaving frame, otherwise, it stays in the same position. The shuttle carrying the warp then passes, the reed is activated, and the machine then is reset (to remove the control rods from the card) and the next card is moved forward onto the box, ready for the process to begin again.

One downside to this complexity is that threading the looms for the weft is incredibly labour-intensive. To get past this, threads were tied to existing threads to avoid having to start from scratch.

It was revolutionary. The price of fashionable patterned cloth, once very expensive, plummeted.

The Manchester Guardian even published an article in 1836, proclaiming:

“From 7,000 to 8,000 Jacquard looms are now in this country.. The best English designs are those in cotton goods… The Jacquard machinery is applicable to everything which is figured or flowered… every species of tissue (woven fabric) to which a loom can be applied, even to straw hats, horsehair or wire…”

The use of punched cards was a profound influence on a certain Mister Babbage, who even owned a portrait of Monsieur Jacquard woven from silk and using 24,000 punched cards. We’ll talk about Charles Babbage, and his importance in the history of computing, next week.

More by the same author: