When speaking to a life coach or a neuro-programming (NLP) therapist, you can be puzzled by the terminology used. We offer here a series that will allow you to get familiar with this language and even demystify it. 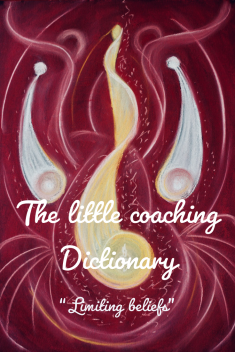 ‘Limiting belief’ is a popular couple of words in the coaching or NLP practice, but what does it mean really ?

Beliefs are built upon a series of conclusion, mostly from your childhood. These conclusions where based on repeating contexts that suggests to you that a reaction or another are appropriate based on what seems to be a cause with a precise effect.

Take the example of a baby, the equation “I cry = mom will come and take care of me” can built rapidly. Later the same baby will learn to speak and will be able to replace cries by words. It is the same for many beliefs, however some remain programmed despite the fact that you have grown up. They are present in your thinking process or your reactions.

If some reaction were useful throughout a period of time, they are encoded like a sort of truth. When facing a situation our brain will act as a computer that will search for references and find these encodings. Some programs, however, are not valid anymore. As you grow you do not need the same protections, reactions or even expectations than before.

It is in this context that a belief can become limitative as it hampers your potential. The opposite is a supporting belief, or a belief that help you move forward, motivates you and encourages you.