DETAILS
World: Nokia Siemens to cut off 7-9% of its staff 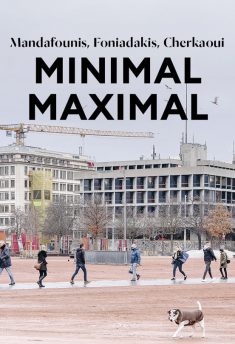 On a cold night of November at Geneva’s Grand Theater, the mesmerizing artistic collaboration between the ballet director, three composers and three choreographers allowed the crowd to witness the poetic contrast behind Minimal Maximal, a ballet composed of three pieces; Fearful Symmetries, Paron, and finally, Fall.

Philippe Cohen, the ballet director, aimed to share his vision on the fragility of the creative process “however, even if [it is] on the edge, [it is] still hopeful”; an idea that resonates in the title and the pieces. Indeed, Minimal refers to the use of minimal music, which is a form of repetitive music that uses the least amount of musical materials. On the other hand, Maximal is brought to life by the choreographers who listened and studied the music deeply and gave life to the musicality to its extreme. 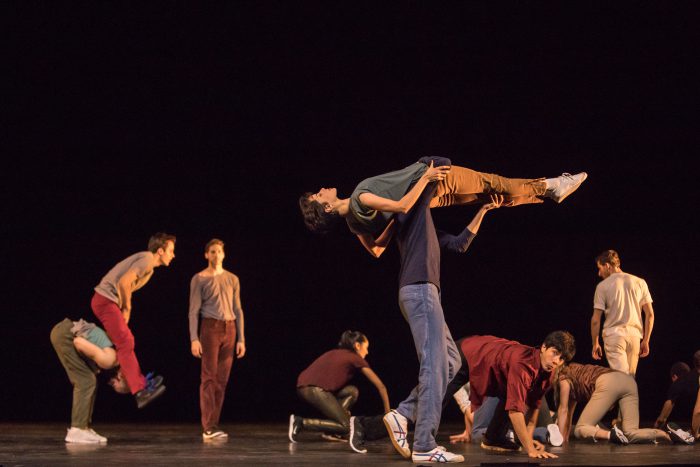 Entering the room, there are no closed curtains. The dancers are on stage, stretching and wearing casual outfits. The stage and the wooden floor have no specific design except that they are black, which make the dancers stand out in their colourful costumes. They calmly go to their spot as soon as the audience is seated. A second passes. Without a noise. Then the first note of John Adams’ Fearful Symmetries suddenly resonates through a crowded silence.

“In what distant deeps or skies

Burnt the fire of thine eyes?

On what wings dare he aspire?

What the hand, dare seize the fire?”

Inspired by William Blake’s poem Tyger, Tyger, John Adams’ music was a challenge for Ioannis Mandafounis, the choreographer, who usually works without music. In an RTS interview, he explained that he noticed multiple stages within it, and followed its rhythm. He added that dance is quite introvert – “how dancers hide their emotions” – but he wanted them to share a connection with the audience: “share a look with the [them], allow [their] look and [their] projection on [you] naturally”. The inspiration also came from the enthusiasm of that first day of touching a ballet barre or the smell of a dance area, which is related to the joy of movement. Based on the humanity behind this feeling, the piece is divided into three categories: the technical and dancing, the casual times, and the joy brought by the music. The goal of the categories is to mix the causality of that joy, the technique and the openness to others through the musical body of the dancer. “It invites dialogue between individuals and collectives”. 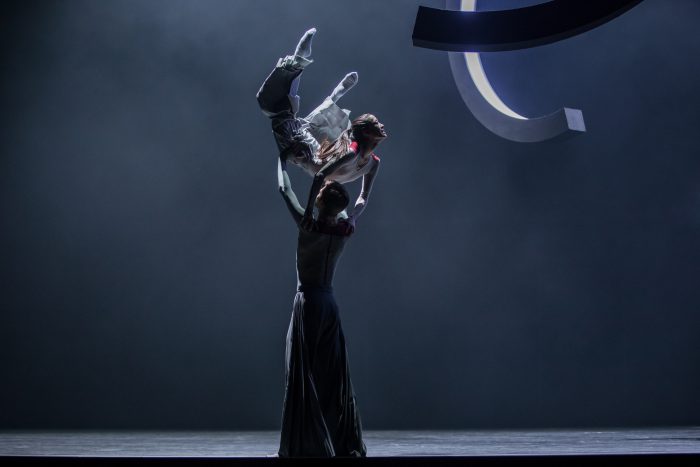 As soon as Paron starts, a poetic whirlwind of lyricism takes over the stage. The dancers wear grey Lycra costumes that cover them entirely. The top fits closely to their musculature while large pants amplify their movement – a costume that celebrates the technical intricacy of the piece. Above them, two gigantic Cs are hanging, spiralling around and even lighting up at some point. Every note – played by Alexandra Conunova and accompanied by the Orchestra Suisse Romande – brings depth and grandeur to the violin concerto N°1 by Philip Glass; a song composed in 1987 for his beloved and departed father.

During an interview with GBN, Andonis Foniadakis explains his personal and emotional connection to Glass’ music. Indeed, it was weirdly around at multiple major stages of his life, thus one reason why he exceptionally decided to make an autobiographic piece from the music. In addition, choreographing a new piece puts him in a fragile and vulnerable state, which seems to connect everything together. The piece was based on “the flair of love emotion and the rest [is] the echo of it”. The excitement. The break-up. The fact of getting into a loop, moving forward, slowing down and going faster. To not see clearly even though everything was clear. The “centripetal and centrifugal whirlwind” represented by the sculptures of the Cs. Presenting an intriguing palette of ingredients, Andonis made the audience travel and connect to one another. 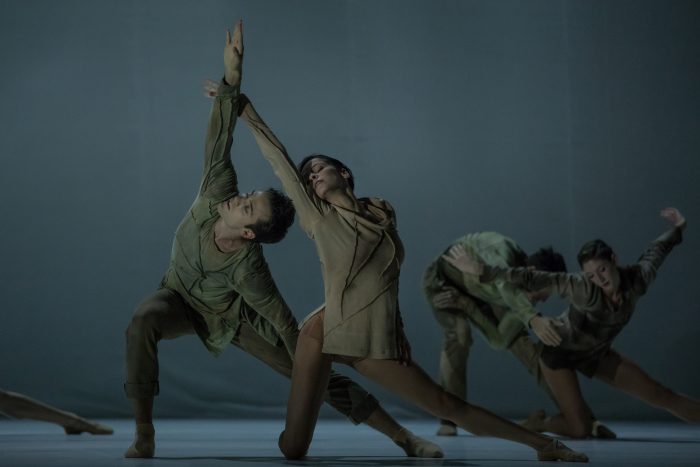 Breaking away from Fearful Symmetries and Paron, Fall reveals a new dimension of collaboration with minimal music. A white stage appears with white silks hanging from the selling, giving it a sense of fragility and delicacy. A feeling that is also presented in the colour pattern. Indeed, the grey, blue, beige and red colours are the four elements that create multiple settings, which include the lighting and the costumes. It also gives another interest to Arvo Pärt’s words: “time and timelessness are connected. This instant and eternity are struggling within us”.

“The work’s first incarnation was made in Autumn 2015. I was interested in using the word Fall as it would refer to the season the work was created in as much as referring to the action of falling. Falling was a movement I relate to very much, most of my movement vocabulary comes from a variation or interpretation of this action. The ideas of falling from grace, falling and recovering. I wanted Fall to consist of different chapters that each had their own energy. The work starts in a deep blue which refers to the sea and underwater movements. The speed of the dancers is high, like fishes and dolphins moving freely in the water. When the music settles, we end up in the opposite land. The image is that of the desert and the performers create a trio which consists of movements inspired by scorpions or snakes or lizards, creatures that move in the desert. Slowly the work keeps progressing into the different elements: the air with the lifts where the dancers suddenly are inspired by birds. Fire and ice also are contexts in which the performers have to rise and fall. Eventually, the end of the piece is like moving like a river in a valley. Somehow natural movements like falling leaves and animal formations were inspirations to the work.”

Fall was originally created in 2015 for the dancers of Ballet Vlaanderen on pointe shoes Sidi was interested, however, in exploring the piece again with no pointes shoes and a smaller cast. This made the piece unexpectedly more fragile and brought a new aspect to the movements; more delicate and sensitive, more challenging. The costumes were designed with Kimie Nakano in order to create the earthly toned colours that gave life to his artistic concept. “When drawn to its barest essence, dance is so fragile and so ethereal, it disappears in an instant. I was looking for something that would evoke impermeability and transcendence”.

Reaching the end of the show, the dancers bow humbly while the crowd gets on their feet and applauds the physical and technical prowess of the night. Being the vessels and the interpreters of the artistic vision of each choreographer, they are smiling at the audience. They are celebrating everybody involved in the process. Those talented choreographers analyzed, observed and created from ordinary feelings and actions in order to give birth to deep and inspiring pieces. They ‘maxim-ized’ the minimal.