Overnight stays on the rise in Switzerland 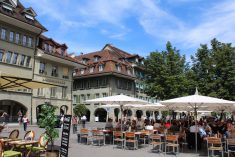 Overnight stays in Switzerland recorded a 3.8 percent increase in the first half of 2018 (representing a gain of 670,000 room nights compared to the same period last year), to reach a total of 18.4 million room nights between January and June 2018.

These figures come from the provisional results of the Federal Statistical Office (FSO).

Bollywood productions have played an important role in promoting Switzerland. More than 170 films have been shot (at least partly) here. In 2017 and 2018 Switzerland Tourism with the collaboration of the Indian actor, Ranveer Singh, produced two promotional videos, one in German-speaking Switzerland two years ago, and the other in the canton of Vaud this year. In addition, new offers are helping to promote the country, especially in winter, such as the First Ski Experience and the International Ice Cricket Tournament in St. Moritz. Switzerland Tourism estimates that hotel overnight stays for Indian tourists will grow by 17 percent by 2021.

China (excluding Hong Kong) is in second place with an increase of 5.5 percent overnight stays (+30,000). The Chinese market is a priority for Switzerland Tourism and the promotion of Switzerland as a tourist destination for Chinese customers began long ago. The signing in 2004 between Switzerland and China of the Approved Destination Status (ADP) was a decisive factor. Thanks to the ADS, Chinese tourists can come to Switzerland in small groups without official permission from their government. Additionally, Switzerland Tourism was the first European tourist organization with its own office in China (Beijing), which opened in 1998.

The rest of the world

Visits from The Gulf countries saw an increase of 9 percent (+21,000 room nights). On the other hand, the number of Japanese visitors decreased by 2.2 percent. 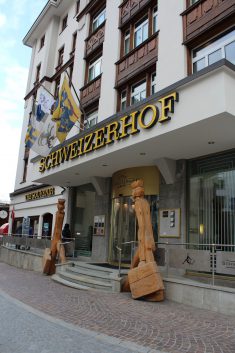 Demand from the American continent increased by 5.3 percent (67,000 overnight stays). The United States had the largest increase with 48,000 room nights (+5.2 percent).

Visitors from Oceania increased by 4.9 percent (7,700 overnight stays) while those from the African continent was up by 1.4 percent.

According to Thierry Lavalley, President of the Société des hôteliers de Genève and General Manager of the Grand Hotel Kempinski, the start of the year was encouraging but he is less optimistic for the rest of the year. The coming year’s bookings are mostly from businesses and for international shows. The most important growth in the future will be Swiss tourists exploring their own country, followed by the British and Americans. The Chinese and Indian markets (both priority markets for Geneva and Switzerland in general, given the volume) are also growing. The Middle East as well remains a vital market because it has the highest added value and it is essential not only for the hotel industry but for the tertiary sector as well.

A special thanks to Lucie Gerber at the Geneva Tourism and Nina Villars at Swiss Tourism for their input.

Passionate about travel, I have more than 20 years of experience as a group operations manager with proven skills in the leisure and tourism industry, and designing and organizing events. Always ready for new challenges, I pay close attention to detail and accuracy. My deep knowledge of the Geneva region, Switzerland and Europe in general allows me to advise on unique outings and leisure activities for clients.