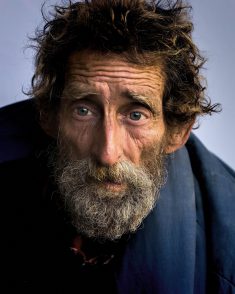 Poverty has been significantly rolled back, according to “Our World in Data” by Max Roser. In 1820, 94 percent of the world population lived in poverty, whereas in 2019 the figure is only 10 percent.

To free-market evangelists, these figures flaunt how capitalism has managed to eradicate world poverty while creating massive wealth, as Bill Gates likes to tweet.

However, Jason Hickel recently shared a cautionary tale about poverty.  He states that there has not been a systematic collection of poverty data prior to 1981.

According to Hickel, Roser’s findings draw comparisons with a world when most people did not use, nor truly need, money.  The “poverty numbers” Roser highlights actually display how the majority of the world had been coerced into capitalism over time particularly during the colonial era.

During precolonial times, money was rarely used as a means of exchange as they could rely on the use of land, water, forests, livestock, and systems of barter.

Currently, the poverty line lies at US$ 1.90 per day. At this level, the risk of mortality and malnutrition still remain high. According to experts, a minimum acceptable threshold of US$ 7.40 per day would be sufficient to ensure basic nutrition, an average life expectancy and a 50 percent greater chance for children to reach the age of five. Others experts went as far as to set the true minimum amount at US$ 15 per day.

With US$ 7.50 to survive on each day, more than half the world’s population – around 4.2 billion people – actually live below the poverty line in 2019.

Between 1980 and 2019, China alone was able to pull more people out of poverty than the rest of world combined, thanks to its manufacturing power.

Without China’s economic expansion, world poverty would stand at an even gloomier precipice with around 60 percent of the world’s population below the true poverty line.

Poverty knows no borders as many impoverished individuals are in fact citizens of some of the richest countries in the world, as Pat Thane explains.

95 percent of all new income lands in the hands of  the richest while the remaining 5 percent are shared by the poorest 60 percent.

Although 200 years have passed, poor hard-working individuals still feed most of the world’s population. Today the world is richer but pay remains too low for the poor to ever escape the cycle of poverty.