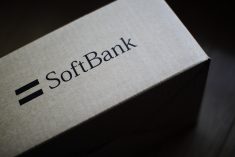 Softbank, the Japanese conglomerate, made history once again this week when shares in its telecommunications business started trading on the Tokyo stock exchange.

After selling a third of its stake for ¥2.65trn ($23.4bn), the firm’s latest public offering now ranks as Japan’s biggest-ever IPO, second only to Alibaba (a Chinese e-commerce behemoth, in which Softbank Group also owns a stake) on a global scale.

Ordinary Japanese investors, attracted by the offering’s relatively high yield, bought most of the shares. Institutional investors, however, were much less excited about the sale as they currently view Japan as a mature and shrinking market.

A vision of the future

Masayoshi Son, Softbank’s founder and current CEO, scrapped the telecoms unit to invest more of his time and wealth into faster-growing technology companies that he deems vital to the world’s future economy. Companies such as WeWork and Uber fall under that scope, as well as the many investments included in his $US 100 billion philanthropic Vision Fund. Allegedly, Mr. Son hopes the telecom sale will help boost Softbank Group’s market valuation and give investors a better understanding of what the group wishes to do. It remains to be seen whether shareholders will get Mr. Son’s message as time unfolds.