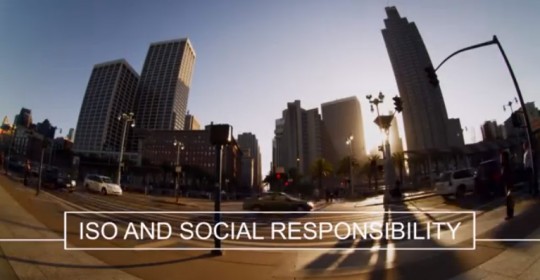 Based in Geneva, Switzerland, the International Organisation for Standards (ISO) produces standards that guarantee a specific quality for a variety of industries ranging from food safety to computers, from agriculture to healthcare. Having produced nearly 20,000 standards since its creation in 1947, ISO has had a profound impact on globalisation as commonly recognised standards create reliability and trust in products, services and companies. Thus, ISO has a decisive role in making globalisation feasible.  ISO continues to be relevant: in 2010 it published one of its more complex standards the ISO 26000 on Corporate Social Responsibility (CSR).

Setting standards for CSR practices poses a certain number of complex questions. As a result, more than 400 experts and 200 observers from 99 countries and 42 international organisations took part in developing this standard. Today, it has been adopted by more than 60 countries while more than 20 countries are in the process of adopting it. Since the standard is only a guideline, it cannot be used to certify a company or an organisation. The standard is used to establish a framework that national legislation must respect.

This ISO standard is still young. As a result, there is little experience in how to use it as a basis for legislation. However, that is not to say that none exists at all.  A survey on the use of ISO 26000 in Nordic countries to clarify the use and knowledge of the international standard conducted by the Nordic Council of Ministers was released on February 5th, 2014. Following the European CSR Strategy, the Nordic Council of Ministers approved a Nordic CSR Strategy. It identifies ISO 26000 as one of three recommended standards/frameworks.

The survey was emailed to organisations and small and medium sized enterprises (SMEs) as well as large companies representing all sectors of the economy. 91% of the respondents claimed to have knowledge about the ISO 26000. Of those, 3 out of 4 claimed to have “medium” to “high” familiarity with the standard. Also according to the survey, conferences, seminars, networking and purchasing the standard are the most popular ways of acquiring knowledge of the ISO 26000. 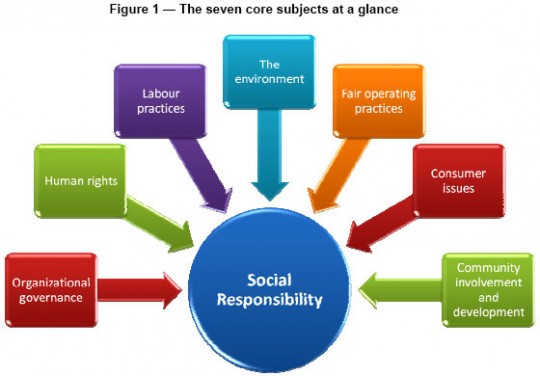 This has led to the standard being used frequently as a tool for implementing CSR initiatives within a company, although other CSR standards are reportedly being used more often, such as ISO 14001 and 9001. However, ISO 26000’s approach to the issue is highly valuable, according to the respondents. It is the only standard that provides information on various aspects of CSR and thus educates the reader on the topic.

One of the more interesting findings in the survey was that as many as 66 % found the standard easy to use, and of those that answered “to a great extent”, 4 out of 5 were SMEs. Since SMEs often seem to refrain from adapting CSR policies out of fear of an increase in production costs, this survey shows that implementing a CSR strategy is not as daunting of a task as some may have thought. In addition, SMEs, more often than large companies, have used the ISO to increase brand profile and strengthen competitiveness.

That the standard is so popular with SMEs is an important point. As in any country, the vast majority of jobs, jobs creation, innovation and contribution to GDP come from the SME sector. In Switzerland, around 80 % of the workforce works in a company with less than 250 employees. One way to reduce Switzerland’s ecological footprint would be to make SMEs more sustainable i.e. by incorporating CSR in the business model.

Respondents were asked to give their opinions on areas where the standard could be improved. Responses were placed in 5 categories: 1) development of concrete tools, 2) communication and lobbying, 3) networking, 4) consulting services and 5) research.

The overall conclusion was that in Nordic countries, knowledge of ISO 26000 is widespread, with some differences among the countries. This difference should lead to a greater effort in promoting the standard and making it more user-friendly.

The survey did not, however, address the issue of paying for the standard. Most other standards are free, and with a current price tag of 196 CHF and a very limited number of languages to choose from, this could be an issue for some companies.

However, there seems to be little doubt that the ISO 26000 in its current form is already a useful tool that it can easily be implemented by SMEs. Companies and organisations can use it to get much-needed information about CSR concepts. Although the Nordic countries stand out in comparison to most countries when it comes to sustainability, the trend in the survey should inspire other countries and companies to adopt the ISO 26000 as a frame of reference for the future of CSR.