The best cheese in Switzerland? Find out this weekend 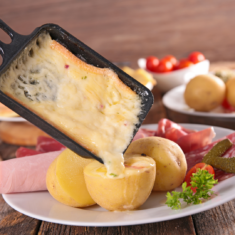 Since 2004, the Swiss commune of Val de Bagnes has been proudly celebrating its status as the Raclette Capital of the world each September with a festival of local cheese.

This year, the commune will also be the capital of Swiss cheese as it hosts the 12th Swiss Cheese Awards from September 22 to 25, 2022.

These awards are held every two years, recognising the best producers of Swiss cheese.

This weekend will allow you to not just taste the best raclette, but also discover the best cheese producers in Switzerland. Organisers expect some 20,000 visitors over four days.

Entry is free with lots of concerts and entertainment for all ages. Additionally, there will be: