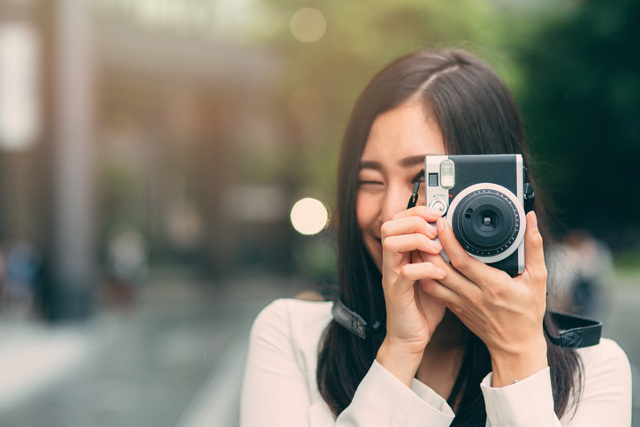 Our world is digitalized as never before. The flow of information and content from the Internet is unprecedented.

With all this information, the brain can get easily saturated.

It begs the question, how can information be accessed faster by the reader.

What Makes a Good Picture on Social Media?

It is important to acknowledge what constitutes a good picture in order to be effective on the web.

By image, we are referring to photos, infographics, drawings, vector images, diagrams, and the like. For this article, we will focus on photos.

The first step is to establish how the picture will be used. Is it for private or professional use? What message should it communicate? Are there any criteria related to aesthetics that should be respected?

Anyone can take a picture and share it globally.

But do you know how to take a picture? This might seem obvious, but remember: a worthy picture needs to be neatly framed! A blurred image taken diagonally might be interesting artistically, but cannot be effective if its role is to capture attention.

Just as important is to define the audience and which platform the image will be used on.

Photos for magazines can jump from platform to platform, but an influencer will look to present themselves more intimately than, say, a company. However, it is not about choosing between one option or the other, but rather finding a balance between different strategies while staying focused on the aims.

Originality in an Image

Capturing and keeping an audience requires a certain amount of originality. There is a lot of competition out there, and first impressions count.

It is important to keep in mind that most of the time, content does not vary hugely between platforms and content is mostly remakes. Constant innovation catches attention, and holds it.

It is possible to use a “personal image” to build a connection. There are several ways to do this.

Present the person in the image in the situation they want to promote. An author promoting their latest release could show themselves at a book signing, highlighting both the book and the author.

You need, however, more than just a picture with people. You want as well to create an appropriate atmosphere that is coherent with the content it intends to promote.

Another way to augment an image’s value is by offering unreleased content. In other words, insights and behind-the-scenes shots of “x” and “y” events. It allows you to build a strong audience relationship.

A subtler way to increase an image’s visual appeal is to focus on the color range. It is well-known that colors impact or create emotions. To hold interest, choosing an image or editing it with warm tones creates a dynamic impression. On the other hand, cool colors can give the opposite result.

Another aspect is to keep it simple. While the brain processes the images faster than text, it still requires time. Choose a simple-themed picture that has a high chance to reach the audience more efficiently and effectively.

Let’s try to identify which would be useful in the case of a social media campaign for a restaurant. You need to combine more elements than one might have thought at first. The first step is to create a set of criteria in pursuit of the desired feeling.

First, it would be judicious to favor an image which would be set in, well, restaurant.

In order to make it more personal, present the chef during his shift and standing in front of one of his signature dishes. The picture highlights the food and promotes an image of a hard-working and lively establishment. Such a picture tells a story and gives the place personality. It helps customers to feel they are part of the place in a meaningful way.

In conclusion, none of the mentioned rules actually matter. The only one that should be followed systematically is: be original. A pair of rusty scissors on a white background might work better than a photo that follows any of the above-mentioned suggestions.

Indeed, the aim of a promotional picture is to establish contact with the targeted public.

A magic formula that systematically creates the perfect picture does not exist. To this end, it belongs to whoever is in charge to think consciously and identify their needs.