What is Health, Safety and Environment (HSE)? 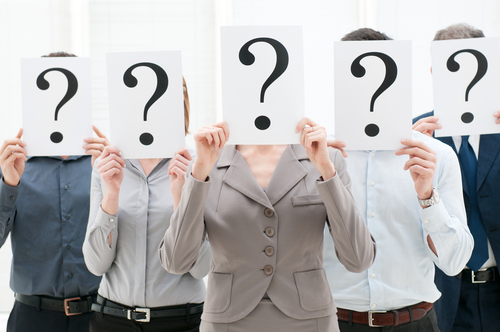 Blank looks. If you leave your audience even more confused than before, you’ve moved yourself backwards.

Whether it be networking or social events, all HSE professionals face this question. How many times have we tried to explain what we do even as our victim’s eyes visibly glaze over? Or the other person nods in a way that says, “Make this quick, I have no idea what you’re saying.”

It’s safe to say this is something any professional wants to avoid, and even more so when it’s the boss, a critical ally of HSE in the business. Getting the messaging right might sound like a cliché, but it’s critical to our success.

Placed on the spot at the coffee station by a new colleague recently—and with a small audience to boot—I tried something different: the 30 second elevator pitch. And therein lay the initial set of challenges.

Firstly, HSE is a beast of many tasks differentiated further by the professional hats we choose to wear or into which our careers evolve. For example, we have operational managers, consultants and specialists, plus the corporates in their ivory towers (ahem—me), all with different raisons-d’être. Plus, 30 seconds isn’t particularly long.

Secondly, our audience is ever-changing. Who is this layperson we’re trying not to bore and how can we ensure our message resonates with them?

Eroding each HSE pillar down to a universally understandable level left me feeling dubious. I suspect most colleagues, not to mention hard-nosed CEOs, would experience a similar emotion upon hearing “I help protect people and the planet”, as though I might have red underwear over blue lycra pants beneath my suit (I assure you I don’t). 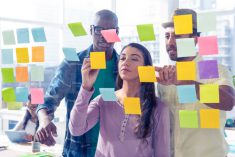 More detail or less? If time is short, your priority should be to convey the broad strokes.

There’s another problem to this approach: the core message risks being lost in the bulk of important but secondary goals specific to each of the three pillars. Even with simple language, I concluded, a top-down strategy is only a part-win. It’s too wordy. Importantly, it lacks punch and memorability.

Building up was an obvious alternative with personal appeal: it mirrors how we assemble our HSE Strategy and the supporting programmes that aim to move the organisation towards its HSE (and business) goals.

The message developing in my mind was thus aspirational but also relatable both to people and businesses—exactly what I wanted. This left one final hurdle: jargon, that sometimes necessary bane of professional existence. A decision was needed: precise terminology, or memorability?

If the goal was to convey the essence of HSE’s cumulative efforts and the personal benefits to the audience—and for these to have lasting impact—then the answer was obvious. Ditching technical precision in favour of a more accessible message was the right thing to do.

Focus on the top-level message – and make it relatable.

Of course we must be accurate—but only in as much as it helps us convey the desired message. If in doubt, consider this: is it better to be 100% precise with 0% comprehension, or to have 100% comprehension at 99% precision? After all, our goal is to educate but not in the schooling sense.

Besides, any minor misunderstanding on our layperson’s part can be remedied later—if there is a ‘later’ in the guise of a follow-up meeting (that rare beast).

Thus, placed on the proverbial spot, I took a second or two to focus my thoughts. Speaking over the soft but incessant gurgling of a brewing espresso, I said, “I help businesses avoid unplanned costs due to accidents”—as opposed to the more accurate ‘incidents’.

“It’s even better when I can prevent them,” I added.

“Oh yes?” another colleague said before enquiring, “How do you do that?”

Feigning indifference at the group’s interest, I ignored the temptation to launch into everything we HSE folk do. I responded instead, “I help companies keep their people safe so we can get back to our families each day. I also work to stop wider impacts, like pollution or climate change.”

“Wow, cool,” my first colleague observed as the coffee machine’s gurgling came to an abrupt halt.

Window closed, I thought. However, leaving his tough-to-recycle coffee cup untouched, he surprised me by volunteering, “I didn’t know such a job existed. And it can really save companies money by doing these things?” 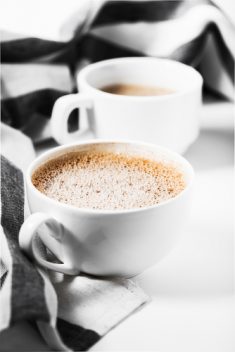 “You must be really popular with management,” he added.

“When they’re open to meeting me and I get to speak to them, yes. But then having an invested leader is already the battle more-than-half-won.”

My colleagues nodded, one asking, “There are a few industries that can benefit from this, no?”

I added, “Just about any sector. But, for me, the more difficult, dangerous or dirty it is, the more I’m interested—and the greater the potential benefits to the business.”

“I’d like to hear some more about these things some time,” my colleague said as people began to disperse slowly back to their cubicles, the beginnings of an idea forming in my mind about this and other articles to come.

Engaging within companies to avoid unplanned and avoidable costs. Helping businesses get their employees safely home to their families each day, and seeking to prevent wider impacts such as pollution and climate change. Working to support business continuity, including within the supply chain, so the company can focus on what it does best.

A senior Health, Safety and Environment (HSE) risk specialist with more than a decade of corporate, operations, and consulting experience from agriculture to manufacturing, and from Andorra to Zambia.

Nick writes HSE articles based on his experiences, skills, and professional passion aimed at protecting people and responsible organisations.