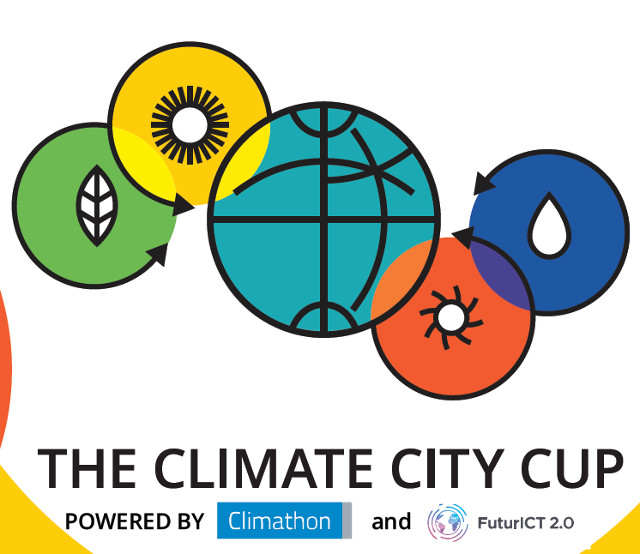 Why is this important

The Climate City Cup is a result of a collaboration between the Eidgenössische Technische Hochschule Zürich (ETH), Climate-KIC, and ICLEI, which is a global network of cities supported by the UNFCCC.

Climate City Cup (CCC) aims at being a global grass roots movement to engage with civil society globally to take action on climate change. Inspired by the Olympic Games movement, CCC offers a unique approach to tackle climate change and get people to act accordingly.

CCC’s ambition is not only to raise environmental awareness, but to give individuals the power and motivation to act and be engaged by representing their city (or residence or work) through reporting on five different disciplines.

With a collaborative approach, CCC believes that competition between cities produces greater effort in the fight against climate change, and in a benevolent way in that the actions and reports produced will be beneficial globally.

Researchers, NGOs, climate organizations and anyone living or working in a city (no matter the country) that want to engage in global issues can participate in the following disciplines:

Established in 1855, ETH Zurich (the Swiss Federal Institute of Technology) is among the world’s leading university in science and technology.

Some 30 years ago, it was the first European university to establish a department dedicated to environmental sciences. The university is now an international centre of excellence and a flagship for sustainability. It incorporates the principles of sustainable development in the areas of research, education, and creating interactive dialogue about sustainability with society.

Who can become the first Climate City Champion?

The CCC stated that, “participants can provide information about their commuting behavior and meet with local groups to discuss strategies for improving the score of their own city. Participation thus takes place on an individual level. Activities are undertaken on a collective level, and together, participants support the score of their own city. The ranking will reflect which city can achieve the biggest improvements compared to a reference period measured at the beginning of the cup.”

All people can do something to fight climate change and all of us can involve others in the same fight to be stronger.