Swiss consumers have spent 8.4 billion euros on products and services online in 2015. This represents over 13 percent growth compared to 2014. Approximately 40 percent of the e-commerce market consists of the online sale of products, while the other 60 percent is based on services.

According to a 2016 Deloitte study on the Swiss watch industry, online shops should become more important for people between 18 and 30 years old. In addition, social media is clearly becoming an important marketing channel, and they have a better chance of buying watches online.

According to Swatch group, the year 2017 will be marked by many new product launches by their brands. The 60th anniversary of the Omega Speedmaster will provide a strong stimulus. The creative and very successful use of Omega’s e-commerce, with Speedy Tuesday on Instagram, demonstrates the great potential and enormous demand.

Although more watchmakers are coming around to e-commerce, a number of high-end brands have begun added shopping carts to their websites, starting years ago. Cartier, for example, has been on the internet since 2008, Montblanc since 2011 and Jaeger-LeCoultre since 2012. For the most part, they added e-commerce without fanfare.

Online sales have challenged the watch industry’s traditional distribution network, built on longstanding partnerships with multi-brand retailers.  Managing that conflict has proven tricky. Some watchmakers, like Panerai, have chosen to sell through their own e-boutiques. Others, like the British brand Bremont, have eschewed direct online sales to sell through their retail partners’ sites. 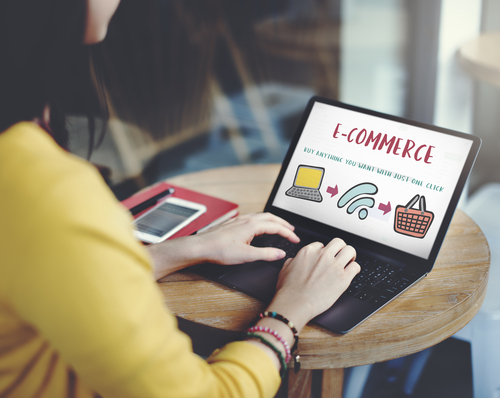 Counterfeiting in the luxury industry

In March 2017, as cited in Karolina Liskova’s article, La Fédération Horlogère announced that every year there are more than 30 million fake Swiss watches sold worldwide, although the number of authentic sold pieces is a maximum of approximately 25 million.

Online counterfeiting can have a detrimental impact on a brand, affecting its revenue and reputation, and decreasing customer confidence. It is something that simply cannot be ignored. However, brands do have options, from online brand protection strategies to working with experts in the field, making sure that this problem can be addressed efficiently and effectively.

All luxury goods brands have now adopted social media marketing. They all look for new ways to engage with their fans and customers to build up brand awareness.

Brands should develop a social media strategy in line with the way luxury consumers use various social networks such as Facebook and Twitter. For example:

– Luxury shoppers look to Facebook mostly for information on promotions or discount coupons.

– Facebook is used as a delivery system for targeted marketing offers (while, of course, maintaining a level of exclusivity appropriate for a luxury brand)

– Twitter is used primarily as a way to learn about or comment on live events in real time.

– It can build and sustain excitement around events as they are unfolding.

One highly effective way for brands to capture the social media potential might be to identify and nurture “online ambassadors”—individuals who have a following among luxury consumers and will promote the brand on various social networks.

The e-commerce future for luxury brands

The Millennial generation is omni-present on line and in social media. For luxury brands, it is essential to try to understand the consumer behavior of this new generation. They are often described as “digital natives” who spend their time on their smartphones and only buy products online.

Young consumers turn to brands as a means of self-expression and self-realization. In the United States, 80 million individuals (more than baby boomers and Generation X combined), spend more online and account for 30% of retail sales in 2020.

Luxury products should not be only sold in boutiques. They should be accessible via many channels.  If a company does not wish to sell on line, counterfeiters will instead. It is not a matter of money but also matter of reputation.

Are you looking to get ahead of the competition by getting your name "in lights" on Social Media?
or for creative marketing ideas to boost your brand?

Hi, I am Amira,  #Marketingaddict

I hold a Master's in Business Administration and am certified in web communication and community management. Passionate about marketing, new technology and fashion, I am a self-motivated, and creative thinker, with an analytical and results-focused mind. My diverse past work experience is supported by a strong academic background. This gives me great versatility to implement my skills in a variety of projects.