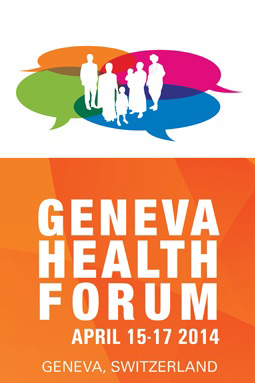 Geneva is a well-known hub for health policy, as host to the World Health Organization. However, just a few years ago, a major health forum was created that is quickly establishing itself as the forum that brings together practitioners, researchers, policy makers, civil society and the private sector to search for ways to advance global health.

The Geneva Health Forum (GHF) began in 2006 and takes place every second year. This year, it will be held from April 15 – 17 at the Centre International de Conférences Genève (CICG). This is the fifth edition of the GHF. In  2014 Geneva Health Forum will bring together people from a variety of sectors involved in health to speak about how to improve access to health. The Forum’s success proves that, more than ever, it is time for health to address the interconnected challenges and find integrated solutions. This will be the overarching theme for the 2014 edition of the Geneva Health Forum.

So what is different about the Geneva Health Forum? GBN asked Dr. Sunoor Verma, the Executive Director of the GHF, to help us understand how the GHF this year will be better than ever.

The GHF is anchored by two public bodies; the Hôpitaux Universitaires de Genève (HUG), one of the most important public sector employers in the region, and the University of Geneva. which gives it a very strong sense of neutrality. Support and contributions also come from foundations, organizations and the private sector, but the majority comes from the public sector.

One of the main focuses for this year is bringing those who are on the “front lines” of Global Health to the discussions. According to Dr. Verma, an important realization was when “We found out that is very important to bring the voice from the front lines, who are really implementing the policies and see whether they work or not, to come here and discuss and debate with policy-makers.” 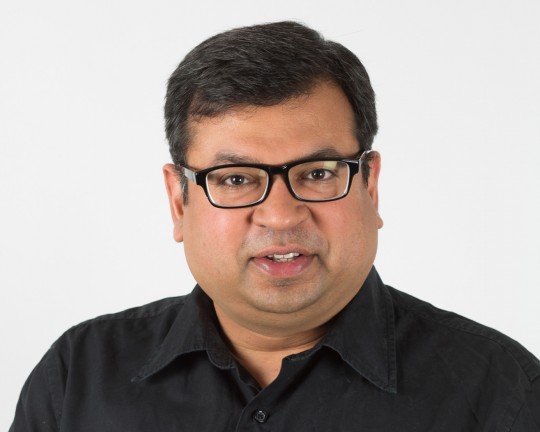 But the challenge was how to actually bring those from the front lines who have things to say to the conference, but who may not feel comfortable with public speaking or with their level of English, and who might not have presentation or computer skills. The GHF team designed a submission process for this purpose. They created two systems: one for the scientists and one for those coming from the front lines. While anyone can use traditional Question and Answer formats for submissions, another system has been created for those who would like to submit a video presentations or photography.

The key to what makes this edition different from previous years, however, is the content. This year, the GHF decided that the content should be absolutely cutting edge. “It has to be something which is worth a discussion. It should not be something which you can read about in magazine or newspapers”, insists Dr. Verma. The criteria for accepting submissions were very strict this year –only one third of all submissions were accepted.  This clearly shows the GHF’s focus on the value of the content.

Since the conference was established with one important issue in mind, access to health, the GHF designed 13 “tracks”. These tracks should allow people to find and identify themselves within the program. They are especially helpful to those who might think that their work is not related to the area of health.

Sessions, moderators and the format

Most conferences put a lot of emphasis on the speakers. However, the GHF also invests heavily in good moderators, meaning that the moderators must be very well prepared on the subject, the background of each speaker, and what positions the speakers will have on the subject.  “We believe that the role of the moderator is to represent the interests of the audience in the room. He or she must make sure that the audience is engaged,” Dr. Varma said.

Sessions at the GHF are also often held the “other way around”: instead of half an hour of lecturing and a few minutes for questions, the moderators will do an introduction which takes around 7 minutes, and then immediately switch to a Q&A format. Dr. Verma insists that “PowerPoint presentations with text have been banned”, giving way to interactive sessions where the moderators frame the debate or discussion.

Back in 2012, the GHF started implementing new types of dialogue formats, such as a “Fish Bowl” and “World Cafe”. Based on participant feedback, these types of sessions will take place again. In addition, this year a “debate team” format is being introduced.

The GHF Market and Networking

The GHF Market gives participants a chance to network and perhaps meet people with whom they can pool their efforts to reach their goals. Different sectors and institutions, like universities, international organizations, NGOs, private sector companies, and public sector institutions, send representatives to participate, exchange and answer questions about their projects.

But as Dr. Varma iterates, networking is something that does not happen on its own. The GHF provides an environment which enables people to meet others who may share a common interest through the sessions and the Market. Identifying potential contacts is facilitated through, for example, having different colored badges for private sector, public sector, NGOs, universities, etc.

The Geneva Health Forum 2014 has many facets, and participants could wish to attend for many reasons. It could be an inspiration for those who are interested in Global Health, or a way to express themselves and their work, to face challenges and step away from academic neutrality, or simply participate in a forum conducive to networking. However, the main goal of this Forum is really to collectively create an environment where people can exchange ideas about how to improve the health of millions of people around the world.

The Geneva Health Forum will be held at the Centre International de Conférences Genève (CICG) from April 15 – 17. For more information, visit : http://ghf.globalhealthforum.net/.