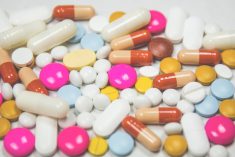 The Federal Customs Administration seized 3,203 shipments of illegally imported medicine in 2018. This is triple the amount compared to last year. The illegal shipments were mainly from India (42 percent), Eastern Europe (32 percent) and Asia (mostly Singapore, 17.5 percent).

Closer collaboration between the different authorities and a simplified working procedure between the Federal Customs Administration and Swissmedic (Swiss Agency for Therapeutic Products) contributed partly to the huge increase in seizures in 2018.

According to Swissmedic, erectile stimulants, sleeping, diet and hair growth pills are at the top of the illegally imported substance list.

in 2018, Swissmedic and customs seized 15 illegal shipments of Xanax (an anxiolytic drug) from Cambodia, Hungary, and other countries. According to information from the manufacturer, 95 percent of Xanax preparations sold illegally via the internet are counterfeit. Xanax is increasingly misused as a recreational drug and can be very addictive.

Swissmedic stressed that people should be very careful about buying counterfeit medicine online that may be of poor quality and pose health risks.