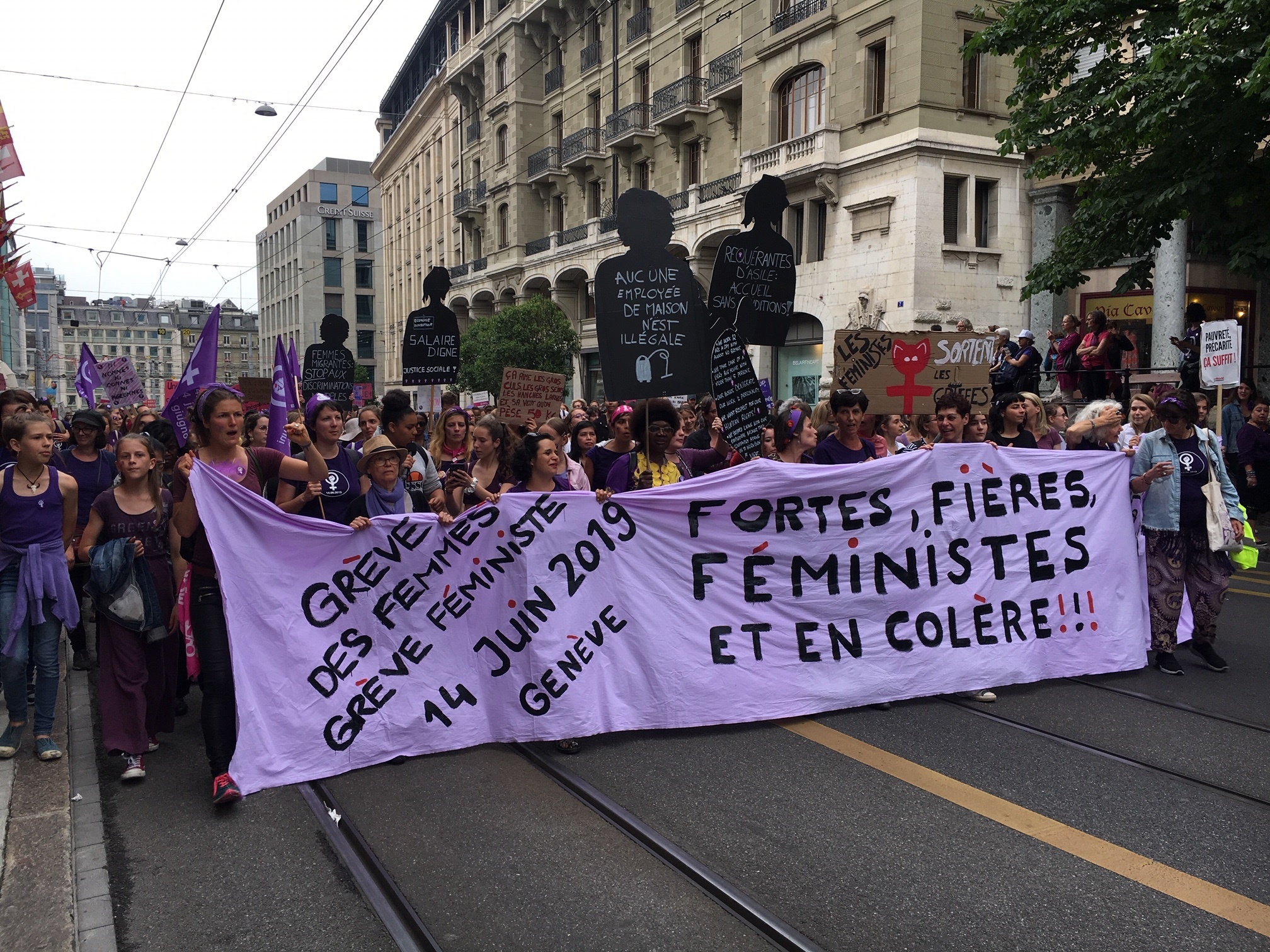 On Friday, women across Switzerland gathered to march for women and women’s rights.

In the crowd, you could see women of all ages, children, toddlers, families, some men, and even a few accompanying dogs. Gender salary inequality in the country was the demonstrators’ focus; however you could also read on the placards statements related to women’s bodies, how a “No” is a “No!”, and others concerning household work (unpaid work that often falls on women).

While there is no official number of women who attended the friendly march in Geneva, it appears to have been between 12,000-15,000. The largest march was in Bern, with approximately 70,000 taking a stand for women.

Regardless of the official number in Geneva, there were enough people in the march to close down parts of the city for hours.

The march on Friday took place on the exact date 30 years ago of the initial strike for women’s rights on June 14, 1991. Then, almost half a million women and some men took part in uncharacteristic demonstrations across the country. The focus during that day was not only on gender salary inequality, but also on house chores, an end to sexual harassment and discrimination, and also gender equality under social insurance law.

Many argue that not much has changed in 30 years, and demand that action should be taken towards improving the inequality that still exists today.

The Swiss law on equality states that every person is equal before the law. Furthermore, it says that men and women have the right to equal pay for work of equal value.

Furthermore, Switzerland is ranked as one of the least family-friendly countries in a study conducted by UNICEF. There is no statutory paternal leave and access to childcare is limited and often very expensive. Additionally, women who want to return to the workforce after taking time off to look after their children face many challenges.

Clearly, there is still a long way to go to ensure equality in pay and other areas in life, and the march is a step in the right direction.

The motto of the strike was “pay, time, respect” and the citizens of Switzerland witness a part of HERstory!