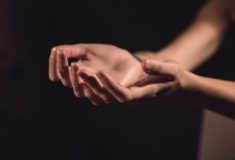 The Healing Power of Touch: A Case for Shiatsu

In my first article, I introduced Shiatsu and explained why Shiatsu can contribute to ensuring holistic health in the twenty-first century.

This article defines Shiatsu both as bodywork and energy medicine from the perspective of recent scientific findings on the connective tissue or the fascia and the fascial system.

Bodywork is “any therapeutic or personal development technique that involves working with the human body in a form involving manipulative therapy, breathwork, or energy medicine aimed at alleviating pain and inducing relaxation.” Energy medicine is “any energetic or informational interaction with a biological system to bring back homeostasis in the organism.”

By unraveling these two fundamental facets of Shiatsu, I am underlining its holistic approach to the body and its versatility as a therapy.

The third article will be the basis for my proposal to include Shiatsu as part of psychosocial programs for addressing the trauma experienced by people who live in appalling conditions due to conflict, violence, and poverty.

For around five hundred years, the human body was studied in a mechanistic and reductionist way. The body was defined as a collection of parts – parts that were distinct from each other apart from their functional relationships. If we open any book on human anatomy, we will find specific and well-defined chapters on, for example, muscles and bones, the nervous and circulatory systems. What we do not find is a chapter that talks about the whole.  This “whole” is not visible to dissection or its importance has been grossly underestimated. (See Thomas Myers on the fascia as a system.)

The “whole” it turns out is not only responsible for giving our body structure and form, but also plays a fundamental role in a body-wide system of communication for ensuring integration, organisation, coordination, and healing from injury. (Oschman 2003, pp 57-77.)

That there exists a metasystem that affects all other systems in our body is relatively recent. This idea posits that this “metasystem” is composed of connective tissue or the fascia: “one big biological fabric that surrounds, interweaves between and interpenetrates all organs, muscles, bones and nerve fibers, and enwraps and binds each and every cell of the body.” (Myers 2014, p. 251)

“This fibrous body consists of the entire collagenous net, which includes all tissues investing and attaching the organs as well as the collagen in the bones, cartilage, tendons, ligaments, and skin…” (Myers 2014, p.251.) 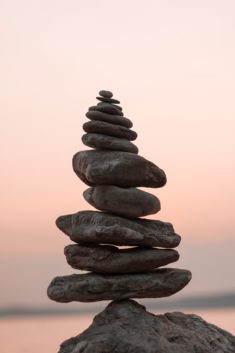 Given this pervasive nature of the fascial system, it is said that fascia is involved “in every type of dysfunction, disease, and human pathology.” (Oschman citing Paoletti (2006) and Pschinger 2007, p.2.) It is fascia that shapes our body, giving it its “functional structure…providing an environment that enables all bodily functions to operate in an integrated manner.” (Myers, 2014, p.251.)

A layer of fascia runs just under the skin, and it is this connective tissue that is the object of Shiatsu therapy, and more specifically, the substance of which it is made, collagen.

When pressure is applied to the connective tissue, as in Shiatsu, the collagen in the tissue liquefies. This transforms the tissue, both in its “water content and in its ability to conduct energy and movement.” (Oschman 2000, p. 170.) Thus, a body tissue that has become stiff, congested, or compressed due to stress, a sedentary lifestyle, or any number of ways, can be hydrated, and regain flexibility through pressure.

Another effect of pressure is the production of piezoelectricity, derived from the Greek word, piezo, which means pressure. Pressure and movement in a Shiatsu massage produce microcurrents or bioelectrical signals called piezoelectricity that spread through the tissues and into the cells. These signals are the connective tissues’ way of coordinating and communicating so that “every cell knows what every other cell is doing” (Oschman 2003, p. 45), thus enabling them to “adjust their activities concerned with maintenance and nourishment.” (Oschman 2003, p. 79.) When this happens, there is improved harmony and health in the functioning of cells and other systems in the body.

Another benefit that Shiatsu gives to the connective tissues is through its technique of stretching. Because the fascia is a continuous fabric that runs the length of the body, a stretch in one part will affect areas far beyond that part from which the stretch was initiated, lengthening, hydrating, and softening the tissues. (See Thomas Myers on “Tensegrity”.) Stretch, pressure, and movement organize the fascia to perform its function efficiently as an information system between cells. There is coherence and a sense of wholeness brought about by the pulses of electric currents that run along the lines of connective tissues.

Each person has an electromagnetic field, produced by piezoelectricity from the connective tissues, the heart as it pumps fresh blood in the circulatory system, the retina of the eyes as light falls on it, the muscles, and the brain which is a “thousandth as strong as that of the heart.” (Oschman 2002, quoted in Beresford-Cooke 2016, p. 18.)

The rhythms of a person’s electromagnetic field can be influenced by that of another person when they are in physical contact but also when they are not touching (as in Reiki). (Beresford-Cooke 2016, p. 24.)

How does this happen?

As mentioned earlier, Shiatsu works on the meridians of the body to bring about the body’s self-healing capacity, to liberate where there are blockages of energy, or to tone where it is deficient.  Acupuncture (and Shiatsu) meridians are channels “representing the superhighways of the body’s energy system, carrying a lot of traffic and causing huge traffic jams when they become blocked.” (R. Margoulis, 2000 quoted in Oschman 2003, p.78.)

Shiatsu works on the meridians of the body to bring about the body’s self-healing capacity, to liberate where there are blockages of energy, or to tone where it is deficient.

The meridians (twelve of them, each representing an organ of the body) have been shown to “possess lower electrical resistance than surrounding tissue, which makes bioelectric flow faster than elsewhere.” (Beresford-Cooke, 2016, p.21.) This means that the therapeutic effects of pressure could be felt and communicated more rapidly through these channels. For example, research conducted by Dr. Joie Jones discovered that “stimulation of acupuncture points (same as Shiatsu points) for problems related to vision on the lateral aspect of the foot rapidly activates neural circuits in the occipital lobe of the brain.” (Oschman 2003, p.79.) 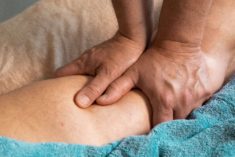 In the preceding paragraphs, I elucidated on two fundamental facets of Shiatsu both as bodywork and energy medicine. What this shows is that relatively recent findings of the fascial system connect with the centuries-old wisdom of Chinese traditional medicine, on which Shiatsu finds its roots.

But Shiatsu goes beyond this. I asked Christophe Demaison, director of the International School of Shiatsu in Geneva, what he would highlight when we talk about the versatility of Shiatsu. He said, “During its evolution, Shiatsu has integrated elements of Western therapeutic practices from chiropractic medicine to osteopathy, physiotherapy, and psychology into its traditional oriental bases. This gives this discipline a great versatility that we put at the service of our patients and students trained at the International School of Shiatsu.”

In the final article, I shall expound on the relationship between trauma and the connective tissue and make a case for integrating Shiatsu in psychosocial work. I shall also explore further Shiatsu’s versatility as a holistic therapy and how it can potentially find acceptance across cultures and surmount challenges around traditional ideas about the body and the sense of touch.

The Healing Power of Touch: A Case for Shiatsu

I start from the principle that what affects our mind also affects our body and vice versa, which is why I am an advocate for holistic health. I am particularly interested in helping to supplement ongoing psychosocial work among children (and adults) who are forced to live in contexts characterized by violence, conflict, and poverty. My belief is that some form of bodywork is an essential supplement to promote healing from trauma. To me, this bodywork is Shiatsu, a form of therapeutic touch aimed at restoring balance and health of mind, body, and spirit.