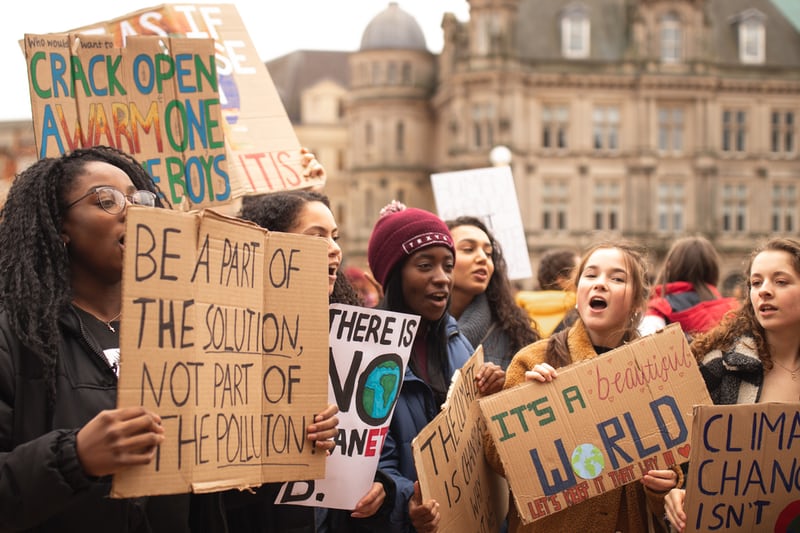 When thinking about the tools and actions of a social movement, protesting come to mind. But what about social media for changemakers?

To help answer this question, we are starting a new mini-series looking at a big question in Social Media: how is social media serving changemakers? What does a social movement loos like on social media? How has social media has “changed the game”? How can you still be involved in the issues that matter to you, even if protesting isn’t your preferred form of expression?

Wikipedia defines a social movement as “a loosely organized effort by a large group of people to achieve a particular goal, typically a social or political one. This may be to carry out, resist or undo a social change.  It is a type of group action and may involve individuals, organizations or both.”

Social movements are not new to society.

Traditionally, people have gathered in protest and practiced civil disobedience to create change.  However, the advent of social media and its heightened popularity in the 20th and 21st centuries extended those efforts to the digital world.  Social media is aiding changemakers in spreading their messages far beyond the geographic borders that they are within.  Examples that come to mind are #BlackLivesMatter, #MeToo, #TimesUp and #ClimateChange. All of these hashtags are strongly supported online, which has grown into offline global action.

So, what role does social media play in the traction that these movements gain?

How is social media used as a tool for creating social change?

How do you create a strategy that is centered around  capturing people’s hearts and minds, with a political call to action?

To dive deeper into these questions, we are launching “#RaiseYourVoice”.  This mini-series will be centered around social media as a tool for change.

This mini-series will begin with an introduction to what a social movement looks like on social media. After, we’ll look at how social media has “changed the game” for social movements.  Finally, we’ll conclude with how you can still be involved in the issues that matter to you, even if protesting isn’t your preferred form of expression.  Stay tuned for a special episode of SocialFluent, where we’ll discuss these questions and more!

I'm a sociable person; always have been. From as early-on as I can remember, I've been bringing people together.

Here in Geneva, I learned that there was a name for combining this with my Public Relations background: community building. For 2 years, I managed a community of 250+ individuals, start-ups and established companies on their journeys in social entrepreneurship. I'm especially proud that I was able to migrate the community from Facebook and other platforms, to a new internal social platform resulting in everyone being able to more easily exchange knowledge, skills and services.

I now marry the personal joy of bringing people together and understanding how groups thrive as a Community Manager with my need to be creative as a Content Creator. I support brands and organizations in building their social media presence, where my goal is to turn customers into fans and fans into ambassadors.

How? By staying on top of my game, constantly seeking out that next opportunity to start or join a new online trend, creating quality content for the right audience and allowing data to guide my knowledge of every audience.