DETAILS
UK: Out of recession but jobs still in danger

Will the Swiss travel sector pioneer the adoption of Alipay?

The advantage of contactless payment technology is obvious. Simply hold your mobile device next to a reader and, hey presto, the money transfer is complete. It enables consumers to pay bills, transfer money or purchase everyday items on the move using their smartphones, tablets or wearable devices.

It is simple, easy and secured, which explains why the use of contactless payment has been quickly increasing globally. 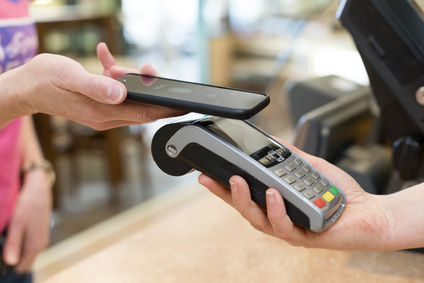 Soon, Alipay, owned the Chinese online retailer Alibaba, is poised to make an entrance in Switzerland. As reported by the ‘Global Times’, there are two major players, Alipay and rival WeChat, for contactless payment in China, a country with a market of 1.4 billion potential customers.

As the top mobile payments player in China, Alipay has 450 million active Chinese users. It is a unit of the privately held company ANT Financial, which in turn is an affiliate of the publicly traded Chinese internet company Alibaba.

Last year, as reported by the Global Times, Alipay and WeChat together made up 90 percent of the Chinese mobile payments market. This shows the market power of Alipay, despite Swiss customers being generally unaware of its strong position.

“For more convenience of payment, the entrance and development of Alipay in Switzerland will be definitively useful and helpful for purchase orders, particularly for Chinese tourists”, says a Chinese travel agent in Switzerland.

According to various estimates, in 2016 consumers spent between USD 620 billion and USD 1 trillion globally on their mobile devices. This figure is expected to triple by 2020.

The Swiss market is tiny by comparison, but as Swiss shoppers still use cash for around 60 percent of their purchases, there is huge potential for growth.

Based on the provisional figures released by the Swiss Federal Statistical Office, market researchers Statista.com calculate that Swiss mobile payments were worth USD 324 million in 2016, rising rapidly to USD 2.9 billion by 2020.

So which sector in Switzerland will benefit most from Alipay?

The fast development of Alipay in Finland gives us a clue. “The purchasing power of Chinese tourists and its huge potential market is evidence why Alipay spread out rapidly in Finland”, says Mr. Weiyin, responsible of Alipay in Finland who has successfully introduced Alipay into Helsinki airport, Santa Claus village as well as to many travel service suppliers in Rovaniemi. This is despite the fact that contactless payment by mobile phone is still uncommon in Finland.

This experience in Finland has revealed a fact that tourism may be one of the sectors for the growth of Alipay. At Helsinki Airport for example, Chinese passengers are the fourth largest national passenger group. That’s why even the shop of iittala in Helsinki airport has adopted Alipay as a payment mode. “Alipay has spread out rapidly outside of China all thanks to the Chinese outgoing tourists”, Mr. Liuyu, responsible for Alipay in Europe, said in a recent interview with the Global Times.

Will Alipay also grow rapidly in the Swiss travel industry as an entrance for its development in Switzerland? Will Swiss suppliers take this relatively new consumer habit from the Chinese tourists into consideration? How important is the Chinese market to Swiss tourism?

As reported in 2016 by China Outbound Tourism Research Institute, Chinese tourists visited Switzerland more than any other country after Germany, United States and the United Kingdom.

The Swiss Federal Statistic Office, however, found that overnight hotel stays of Chinese tourists during the Swiss summer season 2016 declined by 20 percent compared with the 2015 summer season.

So will the acceptance of Alipay contribute to re-stimulating the Chinese market? What does Swiss Tourism expect to happen in regards to this challenge? “This is definitively a great opportunity for tourism, but of course it mainly depends on how far Alipay will finally be adopted and accepted by the Swiss industries as a payment mode. Especially for SMEs without large marketing budgets, it will be a chance to directly connect with the Chinese customer”, says Simon Bosshart, director China at Switzerland Tourism.