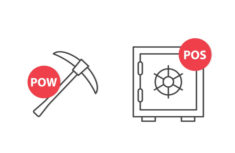 Creating new blocks in bitcoin requires consensus mechanisms. Here we look at the established ones and their pros and cons.

In my previous article, I looked at how bitcoin and its Proof-of-Work (encoding or mining process) protocol operated, as well as the environmental and societal impact of bitcoin mining.

However, this validation system, also known as the consensus mechanism in the blockchain vernacular, is not the only method to create new blocks.

An alternative is the Proof-of-Stake protocol, a consensus mechanism used to verify new cryptocurrency transactions.

PoW is a kind of “wild west” conquest approach. Miners compete against one another to resolve the encryption algorithm before other members of the node.

A node is a server where certain members of the whole ecosystem interact. Blockchain is thus the sum of all the nodes. Miners who win the race within a node receive newly created coins for their validation and encoding work (hashing).

As noted by the United Nations though, cryptocurrency technology is environmentally detrimental. For example, blockchain mining requires a lot of energy. In fact, some miners have relocated their technology “farms” in cold climes such as Iceland or Siberia to stop hardware overheating – with the added bonus that an isolated area means fewer complaints about excessive computer noise.

An alternative to PoW is Proof-of-Stake (PoS), which has the potential to reduce the detrimental environmental impact of bitcoin mining.

PoS’s node members do not compete but delegate the validation responsibility to one or more members (called stake pools).

There is, however, a possibility that stake pools could manipulate the data and alter the veracity of the network and unrightfully obtain money.

To counter this, members willing to take part in the validation process have to stake a certain amount of coins. In case of fraud, those coins would be slashed (taken as a penalty fee). In certain protocols, members caught cheating are banned for life.

Now that we have established what PoS is, let us examine the ouroboros. 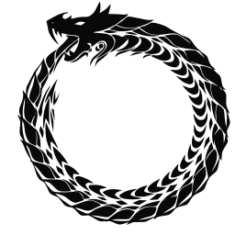 Inspired by ancient Egyptian iconography, the ouroboros is a symbol of a serpent or dragon eating its own tail. It symbolizes the perpetual cycle of renewal.

In modern technology terms, the ouroboros is a proof-of-stake protocol.

Each slot is managed by a slot leader who is in charge of validating all transactions. The next slot is then handled by a different leader.

This allows the newest validators to check if the previous ones cheated. A mechanism of coded data retrieval exists in the ouroboros protocol to help validators guarantee there is no fraud.

Members who do not want or cannot participate in the validation process can delegate their rights to other members or stake pools. This incentivizes validators not to cheat and be able to gather validation rights from delegators. In other words, the delegators give their rights to authenticate a transaction to others in a given slot. The validators working on the following slots have the ability to check for wrongdoings in the previous slot to ascertain the chain of blocks is correct.

Once the validators have staked their coins and received delegation rights, ouroboros’s algorithm arbitrary decides the new slot leaders. The probability of being selected increases depending on the number of delegators one has and the number of coins staked.

“If each stakeholder follows its own financial interests, the system should successfully stabilize. If possible, there should never be a conflict of interest between maximizing one’s rewards and ‘doing what it takes’ to make the protocol work properly”.

The pros and cons of the different consensus mechanisms

If PoW grows further in popularity, the environmental impact will be huge. For example, already the energy consumption of one bitcoin transaction equates to 1,424,235 Visa card operations.

PoS offers a viable environmentally-friendlier alternative. Ethereum, the second-biggest blockchain after bitcoin, is already actively seeking to migrate to the PoW system because of environmental concerns.

However, whatever mechanism is selected, such decentralization will most benefit those who already own a lot of capital.

Mining farms – or staked tokens – favours those who already hold significant financial, technical and material means. There is therefore the risk of oligopolies developing. Protocols must be in place, therefore, to ensure that this does not happen.

In the last article of this series, I will explore an even lesser-known aspect of blockchain technology, smart contracts. One of the objectives of smart contracts is the reduction of intermediators, arbitrations and enforcement costs, and fraud losses. These contracts will have a huge impact on labour, both for employers and employees.

Introduction to blockchain I: All that glitters is not gold… or Cryptocurrencies?