Love football? Could UEFA be the organization for you? 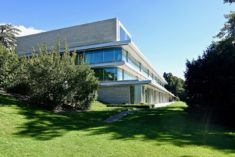 As we continue the quest to explore different career paths, let’s take a look at the most important European footballing body, the Union of European Football Associations (UEFA).

UEFA was founded in 1954 in Basel and originally headquartered in Paris. The organization moved to Nyon in 1995.

It functions as the administrative body for football, futsal, and even beach soccer in Europe. UEFA currently consists of 55 national member associations. The main competitions under the UEFA brand are the Champions League (Chelsea are the current holders), the Europa League (Villareal), and the European Championship (Italy). UEFA also runs the Nations League, European Conference League, and the Super Cup. UEFA is one of the six football confederations under the world governing body FIFA. The current president of UEFA is Aleksander Čeferin.

How to get involved with UEFA?

There are many ways you can get involved with UEFA. There are internships (which are usually paid), voluntary work, and of course several different job opportunities within the organization.

One way to start off and highlight yourself to UEFA is by doing voluntary work for events such as EURO 2020. This year, the organisation used many volunteers successfully across Europe. There are also many volunteer opportunities within the U21 categories and younger. Another way to get your foot in the door is to apply to the various six-month internships or fixed-term jobs UEFA offers from time to time throughout the year. Some of the internships offered by UEFA include Events Operation Intern, Licensing Intern, Venue Logistics Intern, and various summer jobs. FIFA also has the same types of programs to attract young talent.

Be a freelance for UEFA

One other way to start your journey with UEFA is to be a freelance, which means you work for UEFA as an external freelancer. You can write articles for them and go around Europe to find out more about the Championships within the UEFA nations. The more you are willing to travel and have the ability to pay for yourself, the more you will be appealing to them.

What Diplomas can help you realize your dream?

If you want to increase your chances to find a job with UEFA or any football organization, getting a degree in the field would be a big benefit. Two major diplomas are at your disposal, one is the FIFA Masters, which is held in England, Italy, or Switzerland, or the AISTS.

An endless pool of opportunities

There are many opportunities to get your foot in the door in a football organization, and things you can do to increase your chances to be attractive to potential employers. Football is the most popular sport in the world and thus, the opportunities are endless. You can check out my older article on the impact of social media on the world of football where I also talk about other opportunities that social media and sport have created.

If you love football and want to work in the field, never give up on your dream. Discover which route is the best for you to enter this wonderful world and do everything in your power to make it happen.

To find out more about UEFA, I interviewed a former employee of UEFA, Stephane Rychen, the former head of Corporate and Taxes and Venue/Match Director at UEFA. After working for over a decade at UEFA he now assists stakeholders in sports in his private practice in Geneva. He had a lot of interesting things to say for anyone looking to work there, and a lot of what he says can be transferred to most other football organizations.

I asked him about working for UEFA, the opportunities, and finding employment with the organisation.

“Ninety percent of the time you arrive at the office between 8 and 9 am until usually 6 or 7 pm. You work on the computer, writing up documents and responding to stakeholders’ inquiries, supporting the manager, negotiating contracts with sponsors and media, planning events, and more. This obviously depends on the exact position you have. Then, if you are interested, you may have the other 10 percent which is where you go to work for events or matches. The traveling and going to matches is fun but it doesn’t consist of most of the job.”

What was the biggest motivation?

“To see the realization of what you do, when you see that the event you worked on went well. You feel pride when events go well, such as the Euros. Additionally, when you worked hard negotiating with authorities, media, providers, and sponsors and you see the banner on the stadium, you know you did some good negotiating. It is also a great environment for football fans.”

What did you enjoy the most about the job?

“It was a job that really motivated me, it was very varied and I liked the challenges I had to face. There was a lot of diversity and challenges. The stakes were very high and that made the work exciting. Finally, UEFA was respected and it was great to work for such an organization.

What did you enjoy the least?

“There was too much politics involved, and money was also a factor in creating unnecessary constraints.”

What are the soft and hard skills necessary?

“You usually need better training than the job that you are applying for. In many cases, you even need a university degree for any desk job. The main language needed is English, but French and any additional language is always useful. A person needs to be organized, stress-resistant, and able to work under pressure as the job can be very demanding at times. You need to also be able to adapt to the environment quickly and be flexible as things can change fast. Some of the jobs are time-gated, such as Euro 2020 or any similar event. Knowing about football is always positive but it is not indispensable. Finally, it is good to be a football fan, but people shouldn’t feel that you are too much of a big fan as that isn’t good and they could think you just want to apply to watch games and travel. Performing activities in related fields (even as a volunteer) could also be an asset to gain expertise and stand out from the crowd.”

We would like to thank Stephane Rychen for taking the time to speak to GBN for this article.